DelAgua Health is harnessing carbon finance to distribute clean cookstoves and water purification devices to 100,000 households in western Rwanda this year. Now it wants to cover the entire country, targeting the poorest 30% of the population. 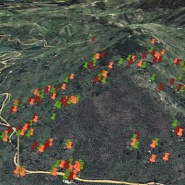 30 June 2014 | DelAgua Health is in the business of emissions avoidance as well as emissions reduction. It’s a tricky but vital distinction. In addition to cutting climate-warming emissions that are already occurring, the UK-based company is focused on preventing emissions that never have to occur in the first place – especially from the 3 billion people in the world who cook food using traditional cookstoves or open fires, and the 884 million who still do not have access to safe drinking water.

Carbon finance through the sale of offsets is central to DelAgua’s business model. Its programme of activities (PoA) under the United Nation’s Clean Development Mechanism (CDM) combines the distribution of two household devices – clean cookstoves and water filters – to Rwandan families and has been piloted in 2,000 homes so far. In addition to reducing the need for fuelwood to boil water and cook food, therefore alleviating pressure on forests, the water filters almost instantaneously reduce water-borne illnesses while the lower-smoke cookstoves relieve respiratory ailments over time.

Matt Spannagle, DelAgua’s Climate Partnerships Manager, spoke with Ecosystem Marketplace (EM) ahead of the release of EM’s full State of the Voluntary Carbon Markets 2014 report about the motivation behind the double registration, some unexpected benefits of clean cookstoves, and why carbon offset sales makes more sense than other potential finance streams.

Allie Goldstein: I know that DelAgua registered this project under both the CDM and the American Carbon Registry (ACR)? What was the motivation for the double registration?

Matt Spannagle: The low prices on the CDM is mainly it. We wanted to sell on the voluntary market as well as to people who would normally buy CDM. If you talk to American buyers, particularly US buyers but also Canadian buyers, they would rather see the American Carbon Registry because it’s American or the VCS (Verified Carbon Standard) because it’s based in the United States. The idea of private-sector led or business-led initiatives that are doing good things has more traction with US buyers than a United Nations system that is somehow government mandated.

AG: Do you still have hope for the CDM?

MS: That’s kind of the billion-dollar question! It’s a pretty risky gamble to put all your eggs in that basket. But at the same time, the fundamentals are: climate change is terrible now and it’s getting worse every day. The commitment globally is for a two-degree target, though anyone who knows anything about it doesn’t really believe we’re going to meet two degrees on the current trajectory. But that is the political commitment to doing something about it, and the only thing that has been shown to work at scale so far is market-based mechanisms. And CDM is the vanguard of that market-based mechanism.

AG: Tell me a little bit about the programme of activities and how the crediting works for doing both cookstoves and water filters within one program.

MS: It’s about avoided biomass use. You use less wood for cooking [with the new cookstove], and if you have a water filter, you don’t have to boil your water. There is a bit of a cross-over factor: When we gave people cookstoves, they would use less wood to boil their water, so we had to do a calculation for that cross-over, which we had to get approved by ACR and by the CDM Executive Board. But in terms of the monitoring requirements, it’s relatively straightforward.

And if you’re going through the trouble of setting up a program to get a cookstove in someone’s house, it’s not much additional effort to also put a water filter in their house. So you get that efficiency of scale and efficiency of process. We have a pilot of 2,000 households. We have good uptake rates, high responsiveness, and villagers are getting on with their lives.