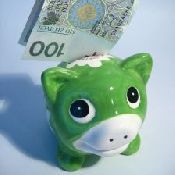 31 March 2015 | The 9th meeting of the Green Climate Fund (GCF) featured a packed agenda, with several items geared toward the goal of getting the fund operational and positioning programs and projects for potential consideration by the GCF Board by October. But a potential problem came to light when the status of financial contributions to the GCF was presented at last week’s meeting.

To much fanfare, total pledges to the GCF surged past the $10 billion mark during the international climate negotiations in Lima, Peru in December. These commitments were celebrated, particularly because developing countries such as Colombia and Peru were among the contributors despite bearing little historical responsibility for the escalation of global greenhouse gas emissions.

The GCF’s authority to commit funds only becomes effective when 50% of the contributions pledged by the November 2014 pledging meeting – about $9.3 billion of the total pledged funds – are guided by fully executed contribution agreements received by the Secretariat by no later than April 30. Of the 21 countries that pledged this $9.3 billion, only the Czech Republic, Denmark, Luxembourg and Panama have signed contribution agreements totaling $80 million.

GCF Board members questioned the legal implications of missing the April 30 deadline, with some expressing optimism the deadline will be met, others asking for a “Plan B,” and still others preferring not to enter into discussions that “preempt failure,” according to a GCF Bulletin published by the International Institute for Sustainable Development.

GCF Board Co-Chair Henrik Harboe said earlier interventions indicated that countries were on track to meet the April deadline and observed that formulating a Plan B could signal reduced ambition. At his request, board members gave the co-chairs a mandate to assess the situation and take timely action if necessary. However, a board member stated that the co-chairs would then have to bear responsibility if the deadline is missed and no fallback strategy is in place.

Norway, Germany and Sweden expressed confidence they would meet the deadline while France, Switzerland, Italy, Spain and the Netherlands noted they are actively working toward their agreements. However, the United States said it would not meet the deadline, given its national budget cycle, and Japan, the United Kingdom and Australia said they are working through internal political processes, according to the bulletin.

If agreements with nine additional countries, currently in progress, are signed, 55% of the funds pledged by the November 2014 meeting would be secured, said GCF Executive Director Héla Cheikhrouhou.

The Secretariat plans to create a pledge tracker on the website, to be updated weekly. All contribution agreements will also be made publicly available online in the interest of transparency, Cheikhrouhou said, responding to concerns that these agreements may include earmarking. Australian officials famously claimed that the country’s $166 million contribution was contingent on the fund’s being spent on regional priorities, but GCF officials and stakeholders have indicated that countries do not have the authority to direct their contributions.

In more positive news, board members accredited seven entities, which allows them to begin developing and submitting project proposals for consideration at the October GCF Board meeting.

“Once proposals are accepted, these institutions will be able to start delivering funding to the communities most vulnerable to the impacts of climate change,” a World Resources Institute (WRI) blog posted noted. “This funding will support a range of activities that reduce emissions or foster resilience such as installing renewable energy, enabling subsistence farmers to grow drought-resistant crops, and reducing or avoiding deforestation.”

The accreditation process is important because it ensures that the selected entities are capable both of strong financial management and of preventing unforeseen environmental or social harm, according to the WRI post, written by Louise Helen Brown and Athena Ballesteros.

Particularly significant is the accreditation of two national institutions from Senegal and Peru, one regional entity from the highly vulnerable Pacific region, and one development-focused impact investment fund, proving that smaller and less conventional actors can meet some of the world’s toughest standards for accessing funds, the authors observed.