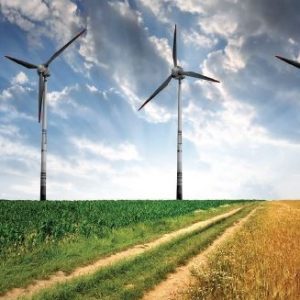 19 March 2015 | Automaker General Motors, financial institution Barclays and cosmetics company Natura Cosméticos couldn’t be more different companies. But they all have one thing in common: they are top voluntary buyers of carbon offsets and pursue these purchases as part of comprehensive carbon management strategies.

A new Ecosystem Marketplace report called The Bottom Line: Taking Stock of the Role of Offsets in Corporate Carbon Strategies dispels the myth that companies purchase carbon offsets to avoid taking responsibility for their contributions to climate change.

“There’s a common misperception that offsetting is a way for companies to ‘buy their way out of the problem,’” says Allie Goldstein, Senior Associate at Ecosystem Marketplace and the author of the report. “But when you dig into the CDP data, it’s clear that offset buyers are actually just using more of the tools at their disposal to reduce emissions, and they’re investing in these activities at a higher rate compared to companies that don’t offset.”

This new report analyzed data from 1,882 corporate climate performance disclosures collected by CDP in 2013 and 2014.

Offsetting is an indicator of a deeper climate commitment, with offset buyers engaged in activities that reduce their internal emissions at a higher rate than companies that do not buy offsets, according to the report. The typical offset buyer slashed almost 17% of their Scope 1 (direct) emissions in 2013 while non-buyers only reduced Scope 1 emissions by less than 5% in the same year. Offset purchases are one way to neutralize Scope 3 (indirect) emissions that occur upstream in a company’s supply chain or downstream in consumer’s use of the company’s products – emissions that are difficult to reduce by other means.

The majority of companies (214) offset emissions voluntarily, compared to 56 CDP-reporting companies that purchased offsets to comply with regulations. Companies based in regions with regulatory carbon pricing programs were more likely to buy carbon offsets, even on a voluntary basis, than companies based in locations without a cap-and-trade system or carbon tax. The European Union, home of the EU Emissions Trading System (EU ETS), hosts the largest number of buyers – both compliance-driven and voluntary – since even companies in unregulated sectors are more familiar with market-based mechanisms for emissions reductions.

CDP disclosers voluntarily purchased 16.5 million tonnes in 2013, according to the report, representing about a third of primary market demand as tracked by Ecosystem Marketplace’s State of the Voluntary Carbon Markets 2014 report.

US-based automaker General Motors topped the list of voluntary buyers of carbon offsets, purchasing 4.6 million tonnes of offsets over the 2012-2013 timeframe. Its Chevrolet division has been a leading buyer of carbon offsets as part of its commitment to reduce its emissions by up to eight million tonnes of carbon – at an estimated cost of $40 million. Chevrolet has also promoted widespread adoption of a new methodology financed by the automaker that aims to reward US-based colleges and universities for renewable energy and energy efficiency projects, purchasing the first 500,000 offsets generated by these projects.

U.K.-based Barclays was second on the list of top voluntary buyers with 2.1 million tonnes purchased, including from an avoided deforestation project in Kenya and renewable energy projects in India and China. In its CDP disclosure, the bank noted its anticipation that tropical cyclones will alter the credit profile of some of its clients.

Natura has reduced its relative greenhouse gas emissions (GHG) by 33.2% over the 2007 to 2013 time period and offset all the emissions it couldn’t avoid through the acquisition of carbon offsets from reforestation, energy efficiency, fuel substitution, waste treatment and REDD+ (reduced emissions from deforestation and forest degradation), according to a company spokeswoman. The company prioritizes projects that generate other environmental benefits such as improvements in water quality, erosion control and promotion of biodiversity and social benefits in addition to offsetting carbon, she said.

In 2013, Natura purchased 120,000 tons of carbon offsets from the Paiter-Suruí­, an indigenous people of the Amazon who in June of that year became the first indigenous people to generate offsets by saving endangered rainforest using the Verified Carbon Standard’s REDD protocol.

Delta Air Lines is also on the top 10 list of voluntary buyers of carbon offsets and expressed concern in its CDP disclosure that rising temperatures could affect plane take-offs and that sea level rise may encroach on coastal airports.

The airline’s GHG emissions are primarily related to the amount of fuel it uses, which accounts for more than 98.5% of its total carbon footprint and almost one third of its total operating cost. This creates a major incentive to reduce its fuel consumption and costs through internal initiatives such as retiring smaller, inefficient 50-seat jets and replacing them with larger, more efficient aircraft, according to the airline.

Despite its fuel saving initiatives, Delta experienced a net increase in fuel consumption from 2012 levels due to growth in flying, leading the company to purchase and retire carbon offsets against its 2013 and 2014 emissions to achieve its voluntary goal of carbon neutral growth compared to 2012. The company’s offsetting strategy evolved from initially partnering with The Nature Conservancy to allow customers to purchase offsets to cover their travel emissions – Delta matches customer and employee offset purchases up to $25,000 every year – to purchasing offsets directly to achieve the airline’s voluntary goals.

CDP-reporting companies purchased 32 million tonnes for compliance purposes in 2013, according to the report. These disclosures account for a subset of total primary market compliance demand, which the World Bank Group estimated at 174 million tonnes that year.

ExxonMobil was the top dog on the compliance side, purchasing 10.2 million tonnes of offsets in 2012-2013 – about 3 million more tonnes than Mexico-based cement manufacturer CEMEX – from dozens of projects developed under the Clean Development Mechanism. ExxonMobil is regulated under cap-and-trade programs such as the EU ETS, New Zealand’s ETS, and California cap-and-trade but has publicly advocated for a revenue-neutral carbon tax as the “more effective policy option.”

“Cap-and-trade systems inevitably introduce unnecessary cost and complexity, as well as unpredictable price volatility, as evidenced recently by the EU ETS,” the company wrote in its CDP disclosure. “It is important to remember that a cap-and-trade system requires a new market infrastructure for traders to trade emissions allowances.”

ExxonMobil mimics the effect of a tax through using a proxy cost of carbon embedded in its Outlook for Energy report. “Our proxy cost, which in some areas may approach $80/ton over our Outlook period, is our effort to quantify what we believe government policies could cost to our investment opportunities,” the company disclosed.

Delta has also been a compliance buyer of offsets, but sees the longer-term risk to the airline industry of neutralizing growing international emissions after 2020 through the International Commercial Aviation Organization’s (ICAO) development of a market-based program. As part of the International Air Transport Association, the trade association of the world’s airlines, Delta said it is currently engaged with ICAO in the development of a carbon offset approach to address the risk.

“With our current offset program, we are gaining experience in the carbon market,” a company spokeswoman says.

Get the report here.