It was a topsy-turvy year in voluntary carbon, with some volume migrating to California’s cap-and-trade market and new government entities coming in on the buy side. Through it all, most corporate buyers who used offsets in the past continued to do so, but newcomers were hard to find. Here’s a preview of our latest "State of the Voluntary Carbon Markets" report. 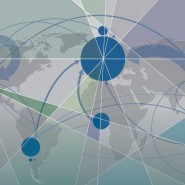 It was a topsy-turvy year in voluntary carbon, with some volume migrating to California’s cap-and-trade market and new government entities coming in on the buy side. Through it all, most corporate buyers who used offsets in the past continued to do so, but newcomers were hard to find. Here’s a preview of our latest “State of the Voluntary Carbon Markets” report.

28 May 2014 | COLOGNE | GERMANY | In a bid to reduce their contribution to global greenhouse gas emissions, corporate leaders like Chevrolet, Marks & Spencer, and Allianz continued to voluntarily purchase carbon offsets in 2013, locking 76 million metric tonnes of greenhouse gases out of the atmosphere, according to the annual State of the Voluntary Carbon Markets report, previewed by Forest Trends’ Ecosystem Marketplace this week in Cologne, Germany.

These and other diverse actors paid $379 million for carbon offsets to neutralize emissions that they couldn’t directly reduce. This value supports hundreds of environmental projects, particularly those that reduce or avoid deforestation (“REDD”), install wind energy, or distribute cleaner-burning cookstoves in the developing world.

Roughly 90% of 2013 purchases came from “repeat customers” – a testament to many companies’ ongoing loyalty to their offsetting commitments, but also a stark reminder of the challenge the market faces in attracting new voluntary offset buyers. Overall, global demand fell short of 2012 levels by 26.7 million tonnes and $144 million, and saw the average per-tonne price drop 16% to $4.9.

Millions of these “lost” tonnes were probably still transacted – but not voluntarily. When the US state of California’s cap-and-trade program came into force in 2013, many buyers that had voluntarily purchased offsets in prior years (averaging 10 million tonnes/year) to prepare for the law last year began obtaining the same offsets – which had their origins in the voluntary market – to comply with the law. Ecosystem Marketplace’s report series does not track carbon offsets purchased for direct compliance, only for “pre- compliance” preparations. Compared to around 15 million tonnes of carbon offsets purchased for pre- compliance in 2012, 2013’s offset suppliers reported just 300,000 tonnes of such demand.

“The absence of these North American transactions from our report is a win, not a loss, for the voluntary offset markets,” said Ecosystem Marketplace Director Molly Peters-Stanley. “It validates those who backed what were originally voluntary instruments that are finally seeing demand from California’s compliance market, and indicates to governments with similar policies in development that the voluntary market can drive early action, inform policy, and successfully transition to meet compliance needs.”

Dampened pre-compliance demand was driven not only by California’s market launch, but also from the disintegration of Australia’s pre-compliance market as the country failed to sustain its offset-inclusive carbon tax. Offset sales in the United States also ceased to reflect any expectation of a national carbon market, which had once driven significant activity on the now-shuttered Chicago Climate Exchange (CCX). Activity under the CCX legacy program constituted 8.3 million tonnes transacted in 2012 that did not see a repeat in 2013.

This means companies that purchased offsets last year did so because they wanted to – not because they had to. Europe-based organizations were the market’s biggest “purely voluntary” buyers once again, purchasing 28 million tonnes of carbon offsets last year. This represented a 36% decline from 2012, for which the region’s offset suppliers blame slow economic recovery, pessimism regarding the state of the region’s regulatory carbon market, and competition with trendier approaches to business and supply chain sustainability. Even so, European buyers grabbed up the largest proportion of offsets that enable sustainable development.

Forestry again found the spotlight, with REDD projects transacting 22.6 million tonnes – a record for forest conservation projects and up from 8.6 million tonnes in 2012. This volume was boosted by an historic agreement between German development bank KfW (Kreditanstalt fí¼r Wiederaufbau) through Germany’s REDD+ Early Movers Programme and the Brazilian state of Acre. Last year Acre agreed to retire at least 8 million tonnes of carbon credits earned by protecting its forests over four years. Acre will also match KfW’s offset retirement on a one-to-one basis as its “own contribution” – effectively doubling the agreement’s impact.

“The work being done in Acre, alongside 2013’s historic transaction between Brazil’s indigenous Paiter Suruí­ people and Natura Cosmeticos [a Brazilian company], indicate that emerging economies in Latin America and elsewhere are willing and able to protect their forests’ future,” said Forest Trends founding president and CEO Michael Jenkins. “It will be interesting to see if and how these same governments will recognize early leaders in the voluntary offset market as countries commit to new climate goals in coming months.”

Last year’s giant leap in demand for REDD offsets came at a lower price, falling 44% to $4.2/tonne from $7.4/tonne. This volume-weighted average price was heavily influenced by fewer than five project developers that transacted 28% of all REDD offsets at less than $3/tonne. The remaining forty REDD transactions reported through the survey were priced at between $3/tonne and $20/tonne.

In other developments, projects in Africa experienced a record year, supplying over 11 million tonnes of transacted offsets. A large proportion of these offsets was also from forestry. Clean cookstove distribution projects, which saw sizable demand from voluntary buyers in 2012, saw both transacted volumes and prices reported by the sector decline by 26% and 18%, respectively, transacting 4.3 million tonnes at an average price of $9.2/tonne.

The report’s executive summary is available here. The full report will be made freely available at the same link in late June.