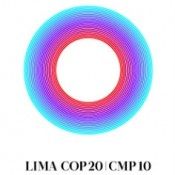 11 November 2014 | The secretariat of the United Nations Framework Convention on Climate Change (UNFCCC) today made draft texts relevant to the December climate talks in Lima available on their web site.

The new documents are available here.

One of the papers covers elements of that draft agreement which will form a central part of the negotiations at the UN climate convention conference in Lima in a few weeks time. Another contains a draft decision on how countries plan to raise ambition pre-2020 in advance of the Paris agreement coming into effect as well as providing greater clarity on the kinds of information governments or Parties to the convention will provide as they submit their Intended Nationally Determined Contributions (INDCs) to the Paris agreement.

“Much will be learned from country announcements in respect to the INDCs that we expect to come forward soon and certainly over the next few months,” said UNFCCC Executive Secretary Christiana Figueres.

I hope that Parties will carefully study the new, more advanced elements contained here. What is emerging now is a clearer and more coherent picture of the Paris agreement 2015, she said. “What is gratifying is that instead of waiting to the last minute, governments are coming forward with creative and cooperative suggestions which alongside the momentum for change happening in every corner of the globe, bodes well for the next 12 months.