Australia's ruling Coalition government and their leader, Prime Minister John Howard, won a fourth straight election victory on October 9. The conventional wisdom holds this is bad news for climate change and for Australia's participation in the Kyoto Protocol. But the electoral campaign, as well as changing attitudes from businesses and farmers, have meant that the issue of climate change has remained very much at the forefront of the national political agenda. Don't be surprised if emissions trading takes root on what is seemingly infertile soil. The Ecosystem Marketplace digs a bit deeper. 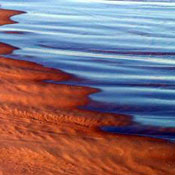