Run out of water? Is it possible for a source of water to just dry up, or for water supplies for a city to be affected in quantity or quality to the point of being unusable for human consumption? Could a river, a lake, or a puquial that had existed for as long as anyone could remember just disappear? Unfortunately, it can happen. Here’s how to fix it. 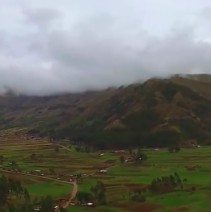 This story is cross-posted on the Forest Trends blob, Viewpoints, and is available in Spanish here.

4 March 2019 | It was the same story again. In early 2007, as General Manager of the National Superintendence of Sanitation Services (SUNASS), I had to visit some public sanitation service companies that were in the process of updating their investment plans. Several had a similar request: they needed resources to build a new system for water collection and storage, because every year there was a little less of the water that they depended on, and they were concerned that they would run out of water.

Run out of water? Is it possible for a source of water to just dry up, or for water supplies for a city to be affected in quantity or quality to the point of being unusable for human consumption? Could a river, a lake, or a puquial that had existed for as long as anyone could remember just disappear? Unfortunately, it can happen. It’s often due to the conversion for productive agriculture, poorly managed cattle ranching, or crops managed with poor agricultural technologies [1]. These activities mean that source water areas are deforested or burned over to clear vegetation. The absence of vegetative cover accelerates erosion and the loss of water retention capacity in soils, reducing the supply capacity and hydrological regulation of water sources.

Cases like this led the sanitation service companies to look for new sources of water, usually in increasingly distant catchments and with increasingly high costs. But the most serious thing is that these investments did not ensure that the new source did not run out in the near future. The companies did not develop any incentive for the forests or vegetation around the new water source not to be disturbed. Nor the one that came after that. The investment, whatever it was, always resulted in the same story.

The logical question when I entered the stage in 2007 was this: what if instead of having to invest in a new collection and storage system, we began to take care of what we already have? The answer to the problem was not to invest in more infrastructure in a more remote location, but to ensure conservation of the current source and the environment that supports it, such as mountainous or forested areas. To conserve water supplies, we would conserve ecosystems. This, by the way, was not driven solely by environmentalist zeal; it was an economic issue, since it was more cost-effective to protect the old water source than to invest in a new one. And, in the same way that built infrastructure (dams, pipelines, treatment plants) needed to be maintained, it was clear that the care of natural source water areas had to be incorporated into investment plans. We needed to expand the vision of the water company to include the care of its main input. And these natural areas were a critical asset not just for the water company, but also for the entire city that the company supplied.

For these reasons, when we approached the water company in Moyobamba and the German Cooperation agency (now known by its acronym GIZ) with the technical proposal to incorporate a payment to conserve natural areas, we felt it was appropriate to include it in the water company’s rate study for setting user tariffs. We suggested one Peruvian sol (about US $0.30) earmarked for Payment for Environmental Services (PES). This was how in 2007 the first PES pilot mechanism (now known as the Ecosystem Service Compensation Mechanism – MRSE in Spanish) was launched and promoted by SUNASS. MRSEs are a percentage of the water and sanitation fee paid by users of these services that are funneled to a special account whose exclusive purpose is the protection and care of water sources. The idea is to recognize that upstream citizens and communities should be compensated for their care of water sources, whether that is through reforestation, conservation, or recovery of ancestral techniques of water infiltration. According to this logic, the water-producing ecosystem was integrated for the first time in Peru as an essential component of water infrastructure. If the dams and reservoirs are the “gray infrastructure” of a sanitation service company, then source water areas, watersheds, wetlands, and forests would be the “green” or “natural” infrastructure that complements the gray.

Some years passed before the second ecosystem services remuneration mechanism was set up in 2013, in the emblematic case of the Piuray-Ccorimarca micro-watershed in Cusco. After that, the process sped up, thanks to the management of SUNASS, the support of the Ministry of the Environment, and other civil society organizations. Today, there are 24 sanitation service companies with a percentage of their fees earmarked for MRSE, which by 2021 together will exceed US $41 million (PEN 140 million). At that time we expect to have more than 35 sanitation service companies with tariffs for investments in natural infrastructure. It’s a necessary, though not totally sufficient, advance in a country where 17 of its 24 regions suffer from water stress and where the capital city is among the 20 cities with the highest water stress in the world.

It was specifically to support the best possible implementation of MRSE, as well as other mechanisms for investments in nature, that the Natural Infrastructure for Water Security project was launched in Peru this year. Funded by USAID and the Government of Canada with an investment of US $27.5 million, this project aims to coordinate efforts, develop enabling conditions to boost investments, and generate evidence about natural infrastructure to reduce water risks such as droughts, floods, and water pollution, thereby strengthening the sustainable use of ecosystems.

Within the framework of this project, the National Water Summit was held in Cusco from November 7th-9th. This meeting was an opportunity for leaders in the sanitation sector to discuss implementation of MRSE for water security. Through the signing of the Piuray Declaration, political and institutional commitments to MRSE were also achieved. The National Water Summit highlighted the importance of sustainability for sanitation service companies, as well as making visible the central role of water management for the future development of towns and cities.

Today, more than ever, it is essential to change the way we manage water and its ecosystems, strengthening their conservation and care. It is the only way we avoid repeating history, and the only way that we give our most important natural resource the value it deserves.

The Natural Infrastructure for Water Security project is funded by USAID and the Government of Canada. It is implemented by Forest Trends with our consortium partners CONDESAN, the Peruvian Society for Environmental Law (SPDA), EcoDecision, and researchers from Imperial College London.

[1] These causes of the deforestation of the forests in the country, according to the National Forestry and Climate Change Strategy (MINAM, 2016), have led to the loss of 1.6 million hectares in our country as of 2016.