A new report by CDP reveals that US corporations consider climate change risks to be more urgent and physically immediate than they did just a few years ago. Many of the 62 companies that disclosed information about climate risks voluntarily purchase carbon offsets, use internal carbon pricing – or both. 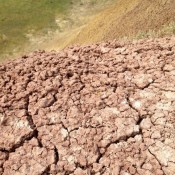 A new report by CDP reveals that US corporations consider climate change risks to be more urgent and physically immediate than they did just a few years ago. Many of the 62 companies that disclosed information about climate risks voluntarily purchase carbon offsets, use internal carbon pricing – or both.

20 May 2014 | Companies are increasingly concerned about climate-related risks such as storms, floods, droughts and extreme weather events that will impact their operations and bottom lines, according to a new report by the CDP, formerly known as the Carbon Disclosure Project. The research looks at 2011 through 2013 disclosures from 62 United States-based Standard & Poor’s  500 companies, finding that companies now consider climate risks to be more immediate, likely and direct than they did just a few years ago.

Of the physical climate risks that companies disclosed in 2013, 45% are currently being felt or expected to be felt in the next one to five years, up from 26% in 2011. The top three risk drivers were changes in precipitation and drought, tropical cyclones, and induced changes in natural resources. Companies reported that more than two-thirds of these risks directly affect operations.

Respondents hailed from the energy, financial, information technology, utility and other sectors – and many of them engage in voluntary carbon offsetting as part of a climate risk management strategy.

Entergy, the major utility operating in the Gulf of Mexico, spent $150,000 to help Tierra Resources develop a new wetlands methodology and plans to purchase offsets from the first pilot project, which will redirect municipal waste water to a 1,200-acre wetland west of New Orleans. Brent Dorsey, director of corporate environmental programs at Entergy, sees the investment as a win-win: The carbon offsets from the project will count towards Entergy’s goal of reducing greenhouse gas emissions 20% below 2000 levels by 2020, but they also directly protect the utility’s coastal infrastructure from wind, sea level rise and storm surge – climate impacts that Entergy estimates could cost $370 billion over the next two decades.

“We’re uniquely at risk due to the geographic location of our company and our customers,” Dorsey said. “Every few years, taking a direct hit from a hurricane is difficult to recover from. Our customers can’t afford for us to keep rebuilding the system.”

Oil and gas company ConocoPhillips, which owns 640,000 acres of wetlands in coastal Louisiana – about a fifth of the total wetlands in the state – is now partnering with Tierra Resources to implement a pilot mangroves planting project under the wetlands methodology. Like Entergy, ConocoPhillips heard the 2005 wake-up call that was Hurricane Katrina, which for them resulted in a steep production drop in crude oil and natural gas in the Gulf over an extended period.

Indeed, companies often invest in project types and locations that have some connection to their operations or supply chain. Newmont Mining Corporation, which reported to CDP that “capital costs may increase 10-20% for structural designs that withstand severe weather,” in 2010 committed $1 million to a 30-year carbon offset program to plant eucalypt trees in Western Australia, where it has operations. Dow Chemical Company recently purchased 520,000 tonnes of carbon dioxide equivalent to offset the carbon footprint of the 2014 Sochi Olympics Games in Russia, where it has been operating for almost 40 years. The offsets were sourced mostly from agriculture and building efficiency projects in Russia, but the company also used offsets from a landfill project in Georgia, US, that recycles methane to help power a Dow plant.

In a report released in late 2013, CDP revealed that at least 29 companies operating in the US use an internal price on carbon, ranging from $6 to $60 per tonne, to guide investment decisions. Nine of these companies overlap with those highlighted for their climate change risk disclosure. Google, for instance, currently uses a $14 per tonne internal carbon price. The tech giant’s primary climate change concern is how to cool its huge, humming data centers as global temperatures rise. Entergy and ConocoPhillips also use internal carbon pricing.

To Offset or Not to Offset

A few companies, such as ConAgra Foods, based in Omaha, Nebraska, have explicit strategies not to purchase carbon offsets. ConAgra states that, since 95% of its emissions come from natural gas and electricity use, energy efficiency measures are the best way to reduce its carbon footprint.

Others, such as Home Depot, dabbled in offsetting in early years but have been quiet since. In 2006, Home Depot offset its 36,500 tonnes of annual emissions through a tree-planting project in Atlanta through The Conservation Fund’s Go Zero program.

Still other companies set their sights on compliance markets. In 2011, Bank of America agreed to buy several million tonnes of offsets from developer TerraPass through 2020, all from agricultural methane projects compliant with California’s cap-and-trade program. Alcoa, a major aluminum producer, acknowledges that carbon offsets will be a part of its strategy to meet “eventual” compliance requirements, since technology to directly reduce emissions (its preferred method) will take some time to develop and adopt. For Bank of America, the move is a forward-looking one, since it sets them up to provide offsets to regulated companies.

Tip of the Iceberg

The CDP report offered a glimpse into what corporations see as the wide-ranging consequences of climate change for their business operations – many of them beyond highly visible impacts such as power outages or storm damage.

Campbell Soup Company and apparel conglomerate VF Corporation noted shifts in consumer preferences that could negatively affect their bottom lines, since chicken noodle soup and North Face jackets might be less popular in a four-degrees-warmer world. Union Pacific Railroad noted that corn shipments were down 11% during the 2012 drought. Waste Management Inc. is also concerned about drought, which could reduce the rate of decay in its landfills.

Insurance company Ace Limited fears that “actual losses in a given year may exceed the underlying underwriting and actuarial assumptions” – in other words, that climate change may be outpacing its insurance rates. Consolidated Edison reported that two ‘extraordinary’ winters in 2010 and 2011 led to increased use of road salt in New York City, which in turn increased erosion of its underground electrical systems.

The list goes on, and the most recent iteration of the US National Climate Assessment indicates that more extremes are coming.