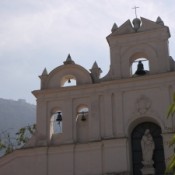 24 July 2013 | Colombia, Períº, Ecuador and Chile are all wrestling with ways to balance economic growth with environmental protection, and representatives from all four countries this month participated in talks hosted by Peru to explore biodiversity offsetting mechanisms from around the world and see which, if any, could work best for them.

Of the four, Colombia has most clearly embraced biodiversity offsets. Recent policy developments there require planned development projects such as mining, oil and gas infrastructure to offset residual biodiversity impacts by restoring or protecting an equivalent habitat elsewhere. The new regulation is based on two key principles: no net loss and ecological equivalence.   Furthermore, it establishes offset ratios that range from 1:4 to 1:10.

This is particularly relevant now that Colombia is concentrating significant efforts to promote economic growth. According to the country’s National Development Plan, the private sector is expected to invest US $126 billion dollars, which represents 40% of the budget for the implementation of the national development plan. This investment is mainly targeted towards mining and energy expansion (US $51 billion), housing and urbanization (US $40.6 billion) and for infrastructure (US $8.8 billion).

Some of the results expected by 2014 from this investment include a 100% increase in both paved highways and railroads, coal production up by almost 70%, energy generation increased by 20%, and oil production increased by 43%, with associated pipelines for transporting oil and gas. All of these projects, by law, require environmental permits and environmental management plans in order to prevent, mitigate, and offset their residual environmental impacts in order to prevent a net loss of biodiversity.

At the moment, offsets have to be implemented by the project developer, which must identify the sites where compensation will take place, buy the land or make arrangements with individual landowners, and establish the offset project. Unfortunately there are difficulties with this approach. Environmental agencies, communities, and NGOs do not have certainty regarding the effectiveness of the compensatory actions undertaken.   Those who receive the environmental permits – mining companies for example – are not experienced in ecological restoration or conservation projects which often have disappointing results, and there are high environmental and financial transaction costs associated with time lag and additional consulting services that have to be paid. This can slow down the environmental licensing process, and also result in the loss of valuable ecosystem services during the years that offset actions are postponed.

Recent data collected by Fundepublico (a Colombian NGO), shows that one of the reasons for private companies not implementing offsets and complying with the regulation is because they cannot find the land to establish the offsets, a problem that has dogged offset systems in other countries in their early days. Also, in the cases where offsets have been established, environmental agencies do not know the exact location of offset sites. In this regard, despite the leap forward that Colombia has made, the puzzle of matching offset demand with offset supply has yet to be solved. And it’s a complicated one.

With over 8 million hectares under mining titles, over 130 oil and gas companies, with operations in the country over at least 1.5 million hectares, including Shell, Oxy, Chevron, ExxonMobil, and Petrobas, and thousands of kilometers of highways in the pipeline that will affect critical biodiversity hotspots, one of the key questions is where are the hundreds of thousands of hectares needed in offsets going to come from.

On top of that, according to the new regulation, biodiversity offset plans have to be presented to the environmental agencies up to one year after the environmental permit has been awarded. This is troubling, given that it increases the uncertainty of when offsets will be implemented after the impact has occurred, and thus, the no net loss goal, seems hard to reach. The question then becomes, how can Colombia transition towards a system that promotes timely, cost effective, transparent, and efficient offsets?

One mechanism for achieving this is by moving towards a conservation banking system. Different forms of such a system exist in the United States, Australia, and Germany, and are currently being developed in France and the United Kingdom. Despite its challenges, many in the field believe that conservation banks accelerate the implementation of high quality biodiversity offsets in areas where conservation is needed, reduce the time-lag between projects’ impacts and offset implementation,   encourage the practitioners and companies with the conservation expertise to   do the work, and motivate private investment in environmental conservation.