The Amazon Working Group, a grassroots network of 600 associations representing smallholder farms, fishermen, rubber-tappers, and indigenous people, on Friday became the latest association of forest people to criticize Brazil’s powerful Indigenous Missionary Council (CIMI), which it accuses of fomenting division among indigenous people to undermine projects it disagrees with, including Surui REDD. 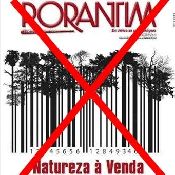 The Amazon Working Group, a grassroots network of 600 associations representing smallholder farms, fishermen, rubber-tappers, and indigenous people, on Friday became the latest association of forest people to criticize Brazil’s powerful Indigenous Missionary Council (CIMI), which it accuses of fomenting division among indigenous people to undermine projects it disagrees with, including Surui REDD.

This article originally appeared on The AnthropoZine. Click here to read the original.

9 March 2015 | The statement sliced through the world of nuance and dimplomatic doublespeak like a Jimi Hendrix solo in the Sistine Chapel.

In surprisingly stark language, the Amazon Working Group – a network of 600 small nonprofits generally known by its Portuguese acronym, “GTA” (for “Grupo de Trabalho Amazonico”) – on Friday accused the powerful Indigenous Missionary Council – known as “CIMI” (for “Conselho Indigenista Missioní¡rio”) – of slandering elected indigenous leaders who disagree with it, often through the mouths of unelected individuals acting on CIMI’s behalf.

“The GTA Network hereby declares its repudiation of the slanders that have been published by CIMI, the Indigenous Missionary Council, through the newspapers Porantim and Nortí£o,” the statement began. “We reject the declarations because they are lies created for the sole purpose of promoting conflict among indigenous peoples.”

It issued the unusually blunt statement after CIMI transported roughly 40* indigenous people to the Brazilian Capitol to speak before the Federal Indigenous Agency (FUNAI) and to present a document purporting to identify problems with the Surui Forest Carbon Project. But CIMI’s coverage of the event contained several inaccuracies, and it also rehashed accusations that had already been debunked by the elected Paiter-Surui leadership (who also acknowledged legitimate critiques and vowed to correct them).

GTA traces its origins to the forest campaigns of Chico Mendes, whose 1988 assassination at the hands of cattle ranchers had the unintended consequence of forging solidarity among the disparate forest movements of the Amazon. Today, the GTA Network represents more than 600 small and regional non-profits serving not just indigenous people, but also smallholder farms, fishermen, and rubber-tappers across the Brazilian Amazon. Several indigenous organizations and individual leaders across the Brazilian states of Rondí´nia and Acre leveled similar criticisms of CIMI’s activities last week, but GTA’s words carry more weight because they reflect the sentiment of a broader range of forest people.

In its statement, GTA said that inaccuracies in the coverage* were part of an orchestrated disinformation campaign built on exploiting “a small group of indigenous people who were manipulated and deceived by promises of financial gain into participating in the theft of wood from the Sete de Setembro Indigenous Territory,” a reference to the Paiter-Surui territory, which is under threat from illegal logging.

The two most prominent of the indigenous people who CIMI brought to Brasilia were Henrique Surui and Antenor Karitiana. The coverage, however, falsely identified Henrique Surui as the overall chief of the Paiter-Surui, which he is not. It also implied that Antenor Karitiana was a member of the Surui, which he is not. Furthermore, they claimed that “all chiefs and leaders of the Suruí­” wanted to end the project, which they do not.

A solid majority of the Paiter-Surui have repeatedly voted to support the project, but Henrique Surui, a village chief along an entry point known as Line 14, has been a strong advocate of illegal logging on the indigenous territory – an activity that the carbon project was created to end.

Much of the criticism that GTA and other organizations have leveled at CIMI revolves around allegations that CIMI undermines indigenous autonomy by selecting those indigenous individuals it chooses to work with and then promoting them in the outside world as duly-elected leaders, while at the same time steamrolling or ignoring organizations created by indigenous people themselves. The document that CIMI delivered, for example, also claimed that the neighboring Cinta Larga wanted to end an alleged forest carbon project on their territory – prompting an angry response from the Patjamaaj Association, which is the association elected to speak on behalf of the Cinta Larga in the outside world.

“The article…dated February 23, 2015, contains several lies, and the planners and perpetrators of these documents do not represent us,” they wrote. “The Patjamaaj-Coordination of Indigenous People’s Organizations Cinta Larga, which is the legal representative of the Cinta Larga People, neither participated in nor was informed about these documents. In addition, representatives of other ethnic groups should not represent the Cinta Larga without the consent of Patjamaaj.”

CIMI’s coverage said the Cinta Larga had already begun a carbon project, but the Patjamaaj statement said the Cinta Larga are simply undertaking a feasibility study to see if REDD (Reducing Emissions from Deforestation and Degradation) finance could work on their territory, and it accused CIMI of trying to prejudice that exploration. It also accused Henrique Surui and Antenor Karitiana of colluding with CIMI to undermine their collective efforts, and of recruiting vulnerable members of the Cinta Larga to circumvent elected officials.

The Patjamaaj statement went on to correct several other errors in CIMI’s coverage – including the misspelling of almost every NGO that the Surui contracted to support them in the carbon project (Disclosure: Ecosystem Marketplace publisher Forest Trends is among the NGOs contracted by the Paiter-Surui to support the project, although CIMI referred to it as “Forest Trand”). The statement then took CIMI to task for “criticizing Kanindé, ECAM and IDESAM (other NGOs that supported the Surui project), when CIMI itself – instead of helping us as equal partners, like these NGOs do – is promoting conflicts between indigenous people. We will not allow CIMI to continue its maneuvers and manipulations that promote conflict between our people to prevent us from establishing our autonomy and improving our quality of life.”

“It is sad and unfortunate when ‘pro-indigenous’ organizations seek to gain advantage by dividing indigenous people instead of empowering them to practice their inalienable right of self-determination,” he wrote. “It is unbelievable when these organizations capitalize on existing weaknesses to divide a people and ruin a project that could benefit those people – while at the same time receiving money and resources on behalf of indigenous peoples – only to maintain their own status as NGOs who describe themselves as being in favor of indigenous people. It is sad when indigenous people are used as pawns to serve the interests of others. We must never allow our people and our organizations to be used in such a way.”

Delson Gavií£o, head of the Padereehj Association that represents the Gavií£o and Arara people, issued a similar condemnation in December, after CIMI had also attacked his own exploration of REDD finance.

“These are lies aimed at harming indigenous people and damaging projects that are running correctly and helping to protect indigenous lands from the advance of illegal logging and the destruction of the forest,” he wrote. “We reject the comments of Henrique Surui, which were published by CIMI, because neither he nor they have been on our land to discuss the projects we’re executing, much less done anything to address the problem of illegal logging on indigenous lands.”

CIMI was created in 1972 by the National Conference of Brazilian Bishops to “help build the autonomy of Indians as peoples who are ethnically and culturally different, and to contribute to the strengthening of their organizations and alliances in both Brazil and the continent.” By all accounts, they were incredibly effective – in part because they proved adept at bringing indigenous people out of the forest and into the limelight.

They were instrumental in helping indigenous people secure official demarcation of their territories, and even today, indigenous leaders take great pains to express their gratitude for the work that CIMI did in the past – and in many respects, continues to do. Indeed, many of the letters of condemnation issued in December and January also urged CIMI to preserve its legacy by abandoning its current tactics.

But CIMI remains unabashedly opposed to all aspects of the emerging green economy, and it has dismissed efforts to promote sustainable agriculture as “neocolonialist tools”. While the younger generation of indigenous leaders talks of economic and political autonomy, CIMI often writes of a need to keep indigenous people pure – and to spread that purity among the rest of us.

“We need to regain the memory of humanity on our links with nature, expressed in Sumak Kawsay (Live Well),” they wrote in the December 2014 issue of their flagship publication, Porantim. “The environment, and the cultures living in harmony with it, should be the basis for human development and societies; not an item of the market economy.”

But in January, an organization called Questí£o Indí­gena posted a more cynical take on CIMI’s opposition to the green economy. A generally pro-business site, they see CIMI’s motives as being driven less by ideology than by economics, pure and simple.

“Basically, CIMI is targeting the independence of the Indigenes,” they wrote. “Almir Surui Narayamoga became a subversive when he started negotiating his people’s projects directly with international foundations, without the intermediation of indigenist organizations.”

In Questí£o Indí­gena’s view, the green economy is simply bad for CIMI’s business, because self-sufficient and autonomous Indigenes don’t need the services of an all-powerful benevolent protector.

* CORRECTION: We initially reported the number of people brought to Brasilia as “roughly a dozen”, but a CIMI statement put the number closer to 40. We also referred to coverage in Porantim and Nortí£o as “CIMI’s coverage.” Porantim is an official CIMI publication, but Nortí£o is not, although the author of the Nortí£o reporting is listed on CIMI’s site as a board member.