With more than 21,000 MW of installed capacity, India is one of the top five wind markets in the world. And as India’s total wind power potential is estimated at about 80 GW, wind energy production in the country has room to grow and then some. These wind projects can either sell carbon offsets or renewable energy certificates (RECs), but the markets for both offsets and RECs has been challenging. 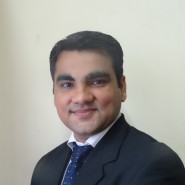 17 June 2014 | In India, national incentives have helped wind projects get off the ground by attracting large scale investments. While carbon finance via the Clean Development Mechanism (CDM) and the voluntary markets have historically helped provide a complementary international incentive, the  current market conditions means the wind industry faces a stormy year ahead.

Asian power company CLP Group focuses on renewable energy as part of its climate strategy. The company currently operates more than 1,000 MW of wind farms, some of which generate Certified Emissions Reductions (CER) and Verified Carbon Units (VCUs) for the CDM and voluntary markets. Ahead of the release of the State of the Voluntary Carbon Markets 2014 report, Senior Manager Dipjay Sanchania at CLP Wind Farms spoke to Ecosystem Marketplace’s Kelley Hamrick about India’s production of wind offsets and why the CDM market may be on its last legs.

KH: In a few words, can you describe the carbon market of last year?

DS: Last year could justifiably be referred to as Ã¢â‚¬Ëœthe last year’ for the CER market. Since the fourth quarter of 2013, CERs are trading below their cost of issuance and most of the project developers have been incurring losses in CDM activity. We haven’t heard of any experienced project developer starting fresh validation or verification in 2014.

This situation also highlighted structural flaws in design of the CER market. In the past, the CDM Executive Board took several measures to ensure the highest level of scrutiny in demonstration of additionality for the projects to get CDM benefit. Now when such projects are registered, nobody is taking responsibility to ensure that they get the minimum CDM revenue to deliver appropriate return to its investors. Governing authority with only Ã¢â‚¬Ëœsupply-side’ control proved fatal for this market. They focused too much on supply control and completely ignored demand management.

To summarise – carbon market, especially the CER market, has lost the very purpose of its existence.

KH: You’re still selling the offsets so are you counting those in your company?

DS: Our target is about emission intensity so it’s not about offsetting or being carbon positive or things like that. As of now, we don’t have any mandatory requirements to reduce our emission caps – we don’t have emission caps – so the credits aren’t a part of a mandatory or compliance requirement. So we’re trading in the market. By doing that, it makes the investment more viable.

KH: What is your view on future demand?

DS: Demand in the CER market is significantly lower than the supply and we don’t see any significant increase in demand in the short to medium term that can improve the prices or give negotiating power to the seller. Our strategy is to find the right buyer before undertaking the verification process. We are also diverting some of our projects from CDM to voluntary markets to reduce cost, complexity and time for issuance of the credits.

We believe a carbon market or carbon tax can play an important role in managing climate change. Currently, carbon is significantly under-priced, but it is expected to achieve its fair price in the long run, perhaps after 2020. In the last few years, we have seen an increase in severe climate events, citizens demand stronger environmental laws and political will towards mitigation or adaptation of climate change. These factors will reshape the carbon market in the long term.

KH: What’s the situation with Renewable Energy Certificates (RECs) and other incentives in India?

DS: The state of the REC market in India is similar to that of the CER market – demand is significantly lower than supply. Under the Renewable Energy Purchase Obligation (RPO) regulation, obligated entities, which are mainly power distribution companies, are required to purchase either a certain amount of power from renewable energy sources or RECs. Based on the size of the obligation faced by entities and their RPO requirements, the REC market in India should have healthy demand. But this demand remained theoretical as many of the obligating entities didn’t comply to RPO requirements, mainly due to the lack of stringent penalty mechanism. Due to this lower demand, the market has been trading at the floor price since August 2012 and even at this price only a small portion of total offered volume is getting cleared. Industry has already made representations to regulators about this and we are expecting improvement in the situation.

In 2008, the government of India introduced Generation Based Incentive for wind power projects in India to promote better capacity utilization and attract large investment from Independent Power Producers. This scheme has had a very positive response and was extended in 2009 and again in 2013. Due to simple eligibility criteria and procedures, it offers greater certainty of additional revenue and helps investors to make investment decisions considering such additional revenue. We must learn and implement such simple procedures and revenue certainty in a future carbon market to ensure its success.