When Climex announced it was shuttering its spot-trading platform in March, many thought it was the end of the line for this Amsterdam-based carbon trading platform.  New boss Jeroen van de Kletersteeg, however, says the exchange will continue hosting auctions – and believes the business will be better than ever. 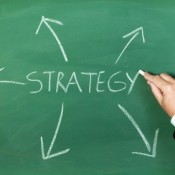 When Climex announced it was shuttering its spot-trading platform in March, many thought it was the end of the line for this Amsterdam-based carbon trading platform.   New boss Jeroen van de Kletersteeg, however, says the exchange will continue hosting auctions – and believes the business will be better than ever.

25 April 2011 | When the Austrian government auctioned 200,000 European Union Allowances (EUA) on April 11, it did so by listing them on the Climex internet platform and letting would-be buyers bid on them.   It was the first auction that Climex had hosted since its clearinghouse, APX-ENDEX, abandoned spot trading in the wake of security breaches at several European registries, sparking rumors that Climex was winding down operations.

Climex Managing Director Jeroen van de Kletersteeg says that couldn’t be further from the truth.   Climex, he says, will not seek to renew spot trading, but will instead focus exclusively on hosting auctions for both buyers and sellers of credits in both the voluntary and compliance markets.   The next auction is slated for June, when a large corporate buyer of voluntary carbon offsets will be purchasing Voluntary Carbon Units (VCU) via the platform.

“This is an area in which we’ve clearly differentiated ourselves,” he says.   “Hosting an auction is completely different from running a spot platform.”

Auctions are one-time events that governments use to launch EUAs into the market and that corporate buyers use to make large purchases, often in the voluntary market.   Project developers can also use auctions to launch voluntary offsets, but that’s less common.   Generally, in the voluntary market, it’s the buyers who list their criteria and sellers who respond in what’s known as a “reverse auction”.

When Dutch auto leasing agent Wagenplan wanted to buy 27,000 VCUs, for example, it listed its criteria on Climex for a few hours in February.   Wegenplan explicitly wanted VCUs that fulfilled several requirements, such as being from renewable energy projects.   Climex members were able to review detailed requirements before the auction, and then offered their projects during the auction.   In the end, Wagenplan purchased 27,000 VCUs from two projects offered through the auction.

Van de Kletersteeg says that such a process not only helps facilitate individual deals, but adds transparency to the notoriously opaque voluntary carbon market.

“We provide the opportunity to post projects or VCUs so that they can be assessed by the buyer or seller in advance,” he says.   “That is actually a very transparent and a very neat way to bring demand and supply together in these market circumstances.”

Once auctioned, the allowances can be bought and sold in the secondary “spot” market before being retired.   A spot platform lets buyers and sellers trade continuously during market hours, and is best at handling large numbers of identical products.   In practice, the only liquid spot market is the one for EUAs, which can be traded on the European Union Emissions Trading Scheme (EU ETS), although most exchanges also list Certified Emission Reduction certificates (CER), which are generated under the Kyoto Protocol.

Because of their complexity, initial offerings have traditionally been handled off-exchange by brokers.   Van de Kletersteeg believes that platforms will become more popular for auctions as users come to understand the market, and as brokers embrace auctions.

“The carbon market is now too mature for brokerage only, but it’s not commoditized enough yet for trading platforms,” he says.   “There’s an increased demand from buyers to know about the specific projects underneath the commodity, and an auction platform is actually a great hybrid between brokerage and trading platforms or exchanges.”