The United Nations General Assembly is convening in New York this week, and so are hundreds of leaders from the business and conservation communities – communities that traditionally battled over the world’s forests, but that increasingly find common cause in their preservation. Here’s what to watch. 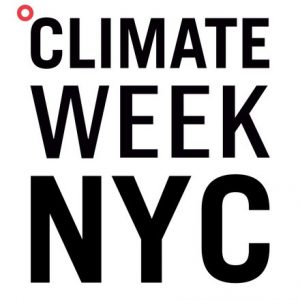 18 September 2018 | Major media today are focused on US President Donald Trump’s debut before the United Nations General Assembly; but a more intriguing – and potentially more important – story is unfolding a few blocks west, in the Morgan Library.

That’s where the Climate Group is kicking off Climate Week NYC, which runs through September 24 at venues across the city and comes at a critical moment in the race to slow climate change.

With the US momentarily neutered, at least at the federal level, other countries and even global conglomerates, as well as individual US states and cities, have coalesced around the effort, which increasingly focuses on one of our greatest bulwarks against climate change: namely, the world’s forests.

These forests are also at a critical moment: on the one hand, with so much carbon dioxide in the atmosphere, they’re growing at unprecedented rates; but on the other hand, as temperatures become more extreme, their ability to absorb greenhouse gasses diminishes. To make matters worse, forests are being destroyed to feed our ravenous appetites for burgers, buns, and shoes.

Climate Week is part of a long effort to reverse that – an effort long in the making, but one that began to accelerate nearly a decade ago when three industry associations merged to create the Consumer Goods Forum, which is a network of 400 companies working to “green” the ways they turn cattle, soy, oil palm, and pulp & paper into patties, perfume, and packaging, among other things.

Those four commodities drive most of the world’s deforestation, and in 2010 CGF members gave themselves ten years to achieve “zero net deforestation” in their production – meaning that, by 2020, companies are supposed to be harvesting these products without chopping forests, or at the very least restoring more forests than they damage.

Since then, 2020 has since emerged as a target year for hundreds of pledges tracked by the Forest Trends Supply Change initiative, which has identified 447 companies that have made 764 individual pledges to reduce their impact on forests. More importantly, it found that companies belonging to multilateral organizations like CGF and the Roundtable on Sustainable Palm Oil (RSPO), have been especially good at not only making pledges, but reporting progress on achieving them.

One of those organizations, the Tropical Forest Alliance, identified ten key activities that can be accelerated to end commodity-driven deforestation by 2020. They range from the enforcement of laws already on the books to strengthening certification programs to helping smallholders increase their yields, and they will be the focus of a Wednesday event called “Going ‘All-In’ to Address Commodity-Driven Deforestation”

The event runs from 3:30pm to 8pm at the Rockefeller Foundation, will feature speakers from NGOs like Forest Trends and WWF, as well as companies like Mars and McDonalds and multilateral organizations like CGF and the World Cocoa Foundation (see confirmed speakers’ list below).

The event also marks the debut of a short documentary called “Stewards of the Forest”, which introduces the indigenous Yawanawa people of the Amazon and their effort to create a “life plan” designed to help them dock their indigenous economy with that of the larger world.

Life Plans are as diverse and varied as the people of the Amazon themselves, but they almost all focus on ways of reviving dead and dying traditions, many of which are related to agricultural practices that evolved over thousands of years and have proven to be more resilient (but less efficient) than the modern agriculture that was injected into the Amazon in the last century. Because such plans lead to forest conservation, they increasingly receive support through carbon finance. The Yawanawa, for example, are receiving support from the German government through the Brazilian state of Acre, and that support is contingent on the state’s promotion of sustainable forest management.

Here is a list of speakers confirmed as of Friday: