This past summer, California legislators voted to extend the state’s cap-and-trade program through the year 2030. With the Canadian provinces of Quebec and Ontario joining in 2018, the Carbon Trust estimates nearly $5 billion in new demand for offsets, explains the Trust’s Peter Weisberg. 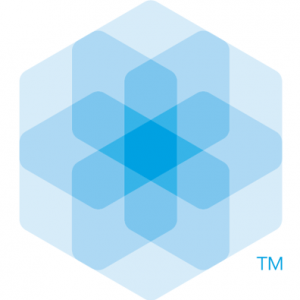 31 October 2017 | With California’s cap and trade system in place through 2030 and explicit demand for offsets in the legislation, The Climate Trust (The Trust) forecasts that North American carbon markets will demand a cumulative $4.86 billion of offsets from 2017 through 2030.

To calculate total allowable offset usage in California, this analysis applies the reduced offset limits embodied in AB 398 for the post 2020 period to an ICIS Analytics forecast for emissions from capped entities in California. Historically, roughly half of the allowable offsets have been used. The “usage range” varies (between 40% to 60%) depending upon how you interpret compliance instrument surrender volumes from the current compliance period, which has, so far, only required regulated entities to turn in 30% of their compliance obligation. The analysis therefore assumes that only half of the allowable offsets, even at the reduced limits, continue to actually be used in California.

The Trust believes this is a conservative assumption. With less than 90,000 offsets invalidated of the more than 83.5 million offsets issued to date (that’s roughly 0.1%), invalidation risk has proved to be minor. Now, with prices on the rise and the longevity of the cap and trade system assured, usage could rise. Assuming the percentage of the offset limit actually grows linearly to 75% by 2025 (including in the Canadian jurisdictions discussed below), our analysis concludes that compliance entities would demand an additional $2.74 billion credits through 2030 in addition to the $4.86 billion described above.*

Key Assumptions About Compliance Demand in Quebec and Ontario

On September 22nd, California Governor Jerry Brown, Quebec Premier Philippe Couillard and Ontario Premier Kathleen Wynne formalized the linkage of the three jurisdictions starting in 2018. The Trust forecasts that California will make up roughly 62% of the emissions in this linked market, with Ontario at 27% and Quebec at 11%.

The analysis makes two major assumptions about offsets in the Canadian provinces. First, both jurisdictions currently allow offsets to be used for up to 8% of compliance obligations. Most market participants do not believe that the Canadian provinces will be required to match the reduced offset limits in California in order to remain linked (though no official statement or policy on this issue has been announced). Given California’s previous acceptance of the Canadian jurisdictions alternative system for managing invalidation and California’s newly established price ceiling, we do not believe different usage limits will pose a threat to the stringency-analysis required for linkage.

There is less historical data to draw on in order to make an assumption around how many of the allowable offsets compliance entities will actually use in Canada. Because Quebec and Ontario are anticipated to need to import offsets from the California system, especially in the early years of the system, they will face foreign exchange risks and must be willing to manage California’s buyer-liability invalidation rules (that differs from Canada’s buffer pool and seller-liability system). The Trust has therefore assumed Canadian provinces will use only 30% of the allowable offset limit. Again, as previously discussed, increasing prices and growing comfort with offsets could considerably increase this usage.

Ecosystem Marketplace’s State of the Voluntary Carbon Markets 2017 report finds that voluntary buyers in North American have, on average, between 2014 and 2016, demanded 12.7 million offsets at $3.11/credit. Though The Trust and other providers have experienced significant variability in the potential pricing, we use this data to forecast a conservative estimate of potential demand, assuming volume demand remains flat and prices simply increase with inflation over time.

Existing Demand From Outside California

This analysis assumes 70% of the registered and listed projects with reporting periods in 2020 move forward to continue to generate credits through the remainder of their crediting period (except for the rush of forestry projects listed immediately before the forest protocol change, of which we assume only 30% will advance).

If already financed projects fulfill 50% of the out of state demand, is there enough remaining demand to stimulate new projects? While not the strong price signal needed to motivate the full potential of land use emission reductions throughout the United States, The Trust believes that the Western Climate Initiative will demand roughly $2.3 billion of offset credits from outside California from 2021 through 2030, leaving a remaining $1.15 billion that will not be satisfied by existing projects. And, as other states demand more immediate climate action, additional demand should be expected. For those with a long-term outlook and patience for some policy uncertainty, demand remains.

Peter Weisberg is Senior Portfolio Manager for The Climate Trust