Euphoria turned to frustration in Doha on Saturday, as Friday’s news that donor nations had achieved groundbreaking agreement on REDD in London gave way to all-night bickering and a renewed pushback on the part of Brazil against any measures that would require verification of emission-reductions. 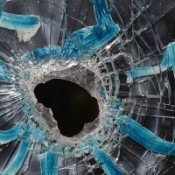 Euphoria turned to frustration in Doha on Saturday, as Friday’s news that donor nations had achieved groundbreaking agreement on REDD in London gave way to all-night bickering and a renewed pushback on the part of Brazil against any measures that would require verification of emission-reductions.

1 December 2012 | Doha | Qatar | Climate talks aimed at reducing greenhouse gas emissions from deforestation and forest degradation (REDD) have bogged down after Brazil said the current text had too much emphasis on verification midway through the 18th Conference of the Parties (COP 18) to the United Nations Framework Convention on Climate Change (UNFCCC).

This came after a giddy sense of optimism rippled through the conference center last night on unconfirmed reports that representatives from the United Kingdom, United States, Germany, Norway, and Australia, at a meeting in London chaired by HRH Prince Charles, had agreed to dramatically ratchet up the amount of money flowing to Verified Emission Reduction projects and REDD.

Here in Doha, the Subsidiary Body for Scientific and Technological Advice (SBSTA) then began what was supposed to be its last negotiating session before handing off to high-level negotiators next week.   The session, however, degenerated into an all-night standoff that yielded a text with most of the language regarding verification now in brackets.   Afternoon negotiations have so far failed to resolve the issue, raising the distinct possibility that a heavily-bracketed text will be passed to high-level negotiators next week.

“Donor nations sent the signal loud and clear that finance to save forests would require verification,” says Culley Thomas of the Tropical Forest Group. “Catastrophically for our planet, Brazil refused to listen.”

Earlier in the week, SBSTA had, for the first time, agreed to link Reference Levels (RL) and Measurement, Reporting and Verification (MRV), which led to the heightened sense of optimism.

Steve Zwick is the Managing Editor of Ecosystem Marketplace. He can be reached at SZwick@ecosystemmarketplace.com.