Water quality in the United States has come a long way since 1969, when Ohio’s Cuyahoga River became so full of pollution that it literally caught on fire – one of those seminal events that helped spur the creation of the Environmental Protection Agency one year later and the creation of the landmark Federal Water Pollution Control Act, better known as the Clean Water Act two years after that.  The CWA turns 40 this year. 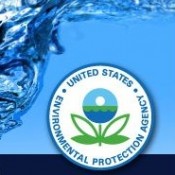 29 March 2012 | Water quality in the United States has come a long way since 1969, when Ohio’s Cuyahoga River became so full of pollution that it literally caught on fire – one of those seminal events that helped spur the creation of the Environmental Protection Agency   one year later and the creation of the landmark Federal Water Pollution Control Act, better known as the “Clean Water Act” (CWA), two years after that.

A revolutionary piece of legislation, the CWA was first passed by the US House of Representatives 40 years ago today and set a course “to restore and maintain the chemical, physical, and biological integrity of the Nation’s waters” by forging a partnership among federal agencies, state agencies, and the private sector.

After a rocky road to validation (it was vetoed by President Richard Nixon, but Congress overrode the veto), the CWA came into effect on October 18, 1972.

To commemorate its anniversary, the EPA has set up a web site including history and timelines here.

What’s so Special About it?

The Act gives the federal EPA the authority to set policy, but leaves administration and enforcement to states, territories and authorized tribes.   Its real innovation, however, was the permitting system that led to wetland mitigation banking and the creation of water quality initiatives across the country.

The system is built on a policy of “no net loss” of wetlands that requires anyone looking to dredge wetland to first apply for a permit through a program administered by the US Army Corps of Engineers and the US EPA. Then, if a permit is granted, the developer must “establish, enhance, restore or preserve” an amount of wetland equal to or greater than what is being dredged – usually in the same watershed.

The EPA’s authority over wetlands was affirmed by the Supreme Court in 1985, and the EPA then created the Office of Wetlands Protection in 1986.

Mitigation banks are essentially wetlands that have been pro-actively established, enhanced, restored, or preserved – in exceptional circumstances when the land was under significant threat – with the goal of generating credits that can be sold to developers later as offsets. The CWA requires mitigation banks to replace function as well as acreage of jeopardized wetlands, although many complain that the function requirement is often overlooked.

The water quality standards mandated by the CWA also provide the legal underpinnings for the new generation of water quality trading mechanisms being piloted across the country. Water quality trading program are part of a broader shift in approaches to environmental regulation, and the CWA has proven flexible enough to keep up with these changes.

Water quality enforcement in the years after the CWA’s enactment depended heavily on a ‘command and control’ approach that targeted heavily polluting point sources, such as factories discharging waste into a river through a single pipe.

Regulation has seen a sea change in recent years, gradually shifting to an approach that focuses on using flexible instruments, incentives, and addressing diffuse point sources of pollution like stormwater runoff. Water quality trading, which uses market mechanisms to find the most economically efficient cleanup strategy, is a part of this new generation.

In early 2003, the US EPA released its first Water Quality Trading Policy, which identified general provisions the agency considers necessary for creating credible watershed-based trading programs. Over a decade in the making, this policy identifies the purpose, objectives and limitations of these and other trading opportunities. The EPA has even gone so far as to publish a  map of trading programs in the US and a trading toolkit.

The policy is flexible by design, letting states, interstate agencies, and tribes develop their own trading programs that meet CWA requirements and localized needs. Critics, however, say it’s too flexible, failing to identify tradable pollutants and other basic parameters. This leaves the system undefined and fails to generate the kinds of certainty a true market requires.