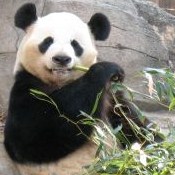 One day after Chinese officials surprised the world with their higher-than-expected five-year emissions and energy intensity targets, the Panda Standard partners – which also include Winrock International – announced the sale of 16,800 voluntary emissions reduction credits (VERs) to domestic buyer Franshion Properties.

A subsidiary of the state-owned Sinochem Group and one of the nation’s leading real estate companies, Franshion purchased the VERs via CBEEX, for which BlueNext is also a strategic partner.

“The Panda Standard serves as a key reference for China’s fledgling carbon market, including the price of tradable carbon, the validation process, and the supervision system,” said Mei Dewen, CBEEX General Manager, in an interview following the announcement.

The price of the credits – at $9.14/tCO2e – was lower than the going rate for credits under the UN’s Clean Development Mechanism but higher than the average price fetched by forest carbon credits on the voluntary carbon market.

This is perhaps due to the unique nature of the inaugural sale and project itself, a bamboo reforestation project covering up to 59,000 hectares in China’s Yunnan Province. The project is indicative of the Panda Standard partners’ goals, including quality emissions reductions and poverty alleviation in the region.

At the 16th UN Conference of Parties in Cancun (COP16), held in December 2010, Agence Française de Développement signed an MOU with CBEEX and BlueNext to pursue these goals as it developed the standard’s first pilot project in the Yunnan Province.

In an earlier gesture of Sino-French cooperation, the French Global Environment Fund (FFEM) pledged in April 2010 to work alongside the Administrative Centre for China’s Agenda 21 (ACCA21) to craft the Panda Standard’s bamboo reforestation methodology.

The methodology fits under the Panda Standard’s agriculture, forestry and land use (AFOLU) specifications, for which the initial public comment period closed in late January 2011.

The Panda Standard partners agreed to an initial focus on AFOLU, which dovetails with the desire of its stakeholders – including China’s National Development and Reform Commission (NDRC) and State Forestry Administration – to pair poverty alleviation and carbon emissions reductions.

Mechanisms and Rumors of Mechanisms

The Panda Standard, CBEEX and its partners aren’t the only show in town. Throughout 2010, several major carbon market players – and the Chinese government itself – announced domestic initiatives in an effort to stay in front of the government’s emerging climate targets.

In August 2010, the Chinese government introduced low-carbon pilots and related exchanges in five provinces and eight cities throughout the nation – several of which had already made significant progress toward their mandates by the year’s end.

The Innovation Center for Energy and Transportation (iCET) also announced at COP16 its partnership with CBEEX, Los Angeles-based The Climate Registry and software company Misys to operate and promote the China-specific Energy and Climate Registry.