When the Chesapeake Clean Water Fund launches later this year, its goal will be to jump-start a mosaic of water quality trading schemes that will eventually coalesce into a Bay-wide WQT market. Running the fund will be Dan Nees, currently the World Resources Institute’s head of water quality programs. The Ecosystem Marketplace examines the man and his mission. 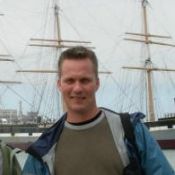 When the Chesapeake Clean Water Fund launches later this year, its goal will be to jump-start a mosaic of water quality trading schemes that will eventually coalesce into a Bay-wide WQT market. Running the fund will be Dan Nees, currently the World Resources Institute‘s head of water quality programs. The Ecosystem Marketplace examines the man and his mission.

“I had been rolling the dice with my education, doing two masters degrees – one in environmental policy and the other an MBA,” he recalls. “Then I saw an ad for an internship at this place called the Environmental Finance Center (EFC), and it was like they were reading my mind.”

The ad said the EFC was looking for someone interested in applying economic and business-related strategies to restoration and environmental issues, and Nees not only fit the bill but went on to run the EFC’s University of Maryland operation, eventually leaving to run the World Resources Institute’s (WRI) water quality programs.

“The fund’s most important goal is to create a market, so that pounds of reduction become credits, and those credits get sold around the market,” says Nees. “When you have a robust market, price signals are corrected, and the value associated with cleaning the Bay gets incorporated into the everyday economic and fiscal decision-making in the watershed.”

Nees, who grew up in Silver Springs, MD, a suburb of Washington, DC, will work directly for Forest Trends, where the fund is part of a larger effort through the Ecosystem Marketplace to be the leaders in reporting from the frontlines of global attempts to use markets and market-like instruments to address environmental issues related to water.

“The goal is to establish the instrument, demonstrate its power, and engage longer-term private-sector investment in a regional approach to water quality issues,” says Forest Trends president Michael Jenkins. “This is part of our larger mission of developing ecosystem markets that deliver conservation outcomes and benefits to local communities.”

The Bay Watershed certainly contains its share of local communities – thousands of them in fact, spread across six states and Washington, DC.

Therein lies a key challenge to cleaning up the Bay: although each of the states and DC itself are committed to reducing Bay pollution under the Chesapeake 2000 Agreement (C2K), each is also supposed to set its own reduction targets and develop its own means of achieving them.

“Each of the states has different issues, policies, and political dynamics,” says Nees, “but watersheds don’t care about geopolitical boundaries, and policy shouldn’t either.”

Nees’s job will be to oversee the creation of a voluntary scheme that will somehow function within the disparate measures that states have taken to meet the C2K goals. That means transcending not only boundaries, but budgets.

“It’s very difficult to get Maryland, for example, to say, ‘You know what, the hotspot is in the Susquehanna River Valley in Pennsylvania – let’s give money to Pennsylvania,'” says Nees. “A fund like this can get around those issues because anybody within the watershed can buy a credit and pay into this fund and impact restoration in the most important areas, as long as they’re complying with regulatory requirements.”

If the scheme works, funds from across the 64,000-square-mile watershed will be concentrated where they can do the most good: hotspots like the Susquehanna River Valley, from which half the Bay’s fresh water flows, as well as the Bay’s eastern shore, the Delmarva (Delaware, Maryland, and Virginia) Peninsula, and the headwaters of the Shenandoah Valley.

In the short term, Nees will focus on keeping up the momentum of the June Katoomba Meeting, where the Natural Resources Conservation Service (NRCS) announced a $500,000 Conservation Innovation Grant (CIG) to get the fund rolling.

It was at that meeting that Jenkins first approached Nees with the idea of running the fund.

“In his years working on Bay issues, Dan had built up a reputation as a leading authority on regulated markets,” says Jenkins. “He was key to putting this initiative together, and when we started thinking of who could run this, we realized that Dan was the prototype of the person we were thinking of.”

Jenkins says that only Nees had the necessary understanding both of existing regulated state systems and the strategic goals of the fund itself.

“We realized that he was in a unique position to ensure that the innovative practice we hope to demonstrate on the voluntary side will be built into any future regional regulated systems,” Jenkins says.

Ironically, one of the things that drew Jenkins to Nees was Nees’s skepticism about voluntary markets – a skepticism Nees says he still holds.

“Our approach at WRI had been focused on regulated markets, and I still think regulated markets are very important,” says Nees. “But if this effort can leverage resources and other sources of demand, there’s a chance to facilitate the development of these markets – including the regulated markets – and there are ways of addressing the barriers to a broader interstate market.”

Nees isn’t the only person who was recruited at the Katoomba event. Most of the water market veterans and innovators who now make up the advisory board coalesced there as well. Nees hopes to harvest not only their expertise, but also their influence.

“One of the first things we’ll do is convene the advisory group at the beginning of September,” says Nees. “One goal is to get members of the group to become spokespeople and cheerleaders for this project – get people to buy in.”

Then comes the tedious task of hammering out a business plan, determining baselines, and establishing metrics for success.

And, of course, there’s the money.

“The CIG grant allows us a little bit of breathing room,” says Jenkins, “but we need more seed funding from different sources in the first couple of years to put the pieces together and build an architecture around this instrument to show promise.”

Steve Zwick is Managing Editor of the Ecosystem Marketplace. He can be reached at SZwick[at]ecosystemmarketplace.com.

Corrections and Clarifications: July 25, 2008, an errant quote that over-stated Nees’s time at WRI was corrected. EM regrets the error.