More and more companies are recognizing the need to reduce environmental liability by reducing their impact on biodiversity, but few know how to measure it.  The European Business and Biodiversity Campaign’s new Biodiversity Check aims to change that. Here’s how. 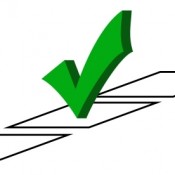 6 September 2012A few years back, German sporting goods company Vaude decided to reduce the impact of its offices and production sites on biodiversity, but it didn’t know where to start. So the company became the first user of the European Business and Biodiversity Campaign’s (EBBC) Biodiversity Check, which provides an overview of the impact of their products while taking into account any sustainable measures Vaude was already taking.

The company received a report assessing its entire supply chain and offering guidelines for improvement.

Since 2010, nearly 30 companies have used the tool. Daimler AG used it on its Sindelfingen plant near Stuttgart, Germany. Daimler AG has been making strides since the early 2000s to mitigate its environmental impact. At one point they brought in peregrine falcons to naturally decrease the overpopulation of large pigeons at the plant in Sindelfingen. In an effort to further advance environmental management in the company, it completed a Biodiversity Check.

The check weighs a company’s dependencies, risks and impact in relation to biodiversity based on the three main elements of the Convention for Biological Diversity-conservation, sustainable use and equitable sharing of the benefits from using genetic resources.

The Biodiversity Check is a good place for a company to start an assessment of their impact on biodiversity.

“For most companies, biodiversity is a new topic,” says spokesman Sven Stí¶bener. “Most of these companies are not well-prepared to protect their own resources they’re depending on.”

The Biodiversity Check will help companies use their resources in a more sustainable way as well as prepare them for upcoming legislation regarding biodiversity that is expected in the next few years, Stí¶bener says.

The check examines departments that a company has complete control over and also areas where the company has considerable influence over. Human resources, product development and production and strategy and management are a few of the departments looked at during the Biodiversity Check.

In order to properly examine these goals, the Biodiversity Check follows a procedure comprised of five steps. The first step involves investigating the company and the scope of the study while the second step uses an industry-specific biodiversity matrix that allows for accurate data and fact collection.

The third step involves ‘roundtable’ discussions with representatives from the company. This gives them the opportunity to discuss results and options and add their input into the data before it is comprised into a report, which is what the final two phases in the process are. The fourth part consists of a preliminary report and the last segment is completion of a final report and presentation of its findings.

In order to complete this process, the EBBC receives assistance from a list of sources. They range from company profiles, environmental and CSR (corporate social responsibility) reports to local NGOs that provide information on production facilities and mining areas.   The Biodiversity Management Handbook as well as the CBD standards that were mentioned and other guidelines influence outcomes.

The scope of the benefits is large, says Sven Stí¶bener. Some of those benefits include proposals to reverse a negative impact on biodiversity and to enhance or create an organization’s conservation plan. Risk minimization and long-term protection of resources are two of several positive outcomes that directly impact the company.

The Biodiversity Check is limited when it comes to assessing risk and opportunity related to biodiversity dependency and it isn’t a replacement for an environmental impact assessment. But it is a confidential check that allows the organizations involved to decide what actions they’ll take regarding the findings. Company’s who complete the analysis aren’t obligated to make changes within their divisions.

Stí¶bener says, “The Biodiversity Check is a good tool that will guide companies and provide them with measures to reduce risks and negative impacts.”