The market for forest carbon offsets was challenged to say the least in 2013, with some developers forced to unload offsets at less-than-ideal prices. But Brian McFarland, Director of Carbon Projects and Origination for Bethesda, Maryland-based CarbonFund.org, believes there is some reason for optimism, particularly if a compliance market such as California’s steps up. 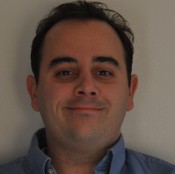 20 May 2014 | Diamond jewelry is the modern-day gift for a 10th anniversary, but when CarbonFund.org – a non-profit foundation that uses donations from corporates and other non-profits, as well as and individual partners, to financially support carbon offset projects – celebrated its 10th year in existence in 2013, it asked for a gift more suited to the carbon markets: tree plantings.

The organization’s CarbonCo subsidiary had a big year in 2013 as an implementer of REDD+ (Reduced Emissions from Deforestation or Degradation of forests) projects in Brazil. Its Russas, Valparaiso and Purus forestry projects help conserve tropical forests by providing payments for ecosystem services for carbon sequestration while also ensuring critical co-benefits such as building and improving local schools and health clinics. In January, the Purus Project – the first REDD+ project in Acre, Brazil and one of 10 forest carbon initiatives worldwide to achieve gold-level certification from the Verified Carbon Standard and Climate, Community and Biodiversity Standard – issued carbon offsets, which could eventually make their way into California’s regulated carbon market.

Ahead of next week’s release of Ecosystem Marketplace’s State of the Voluntary Carbon Markets 2014 report, Brian McFarland, Director of Carbon Projects and Origination for CarbonFund.org, explained to Gloria Gonzalez why he describes the market for REDD offsets as “hesitantly optimistic” and what really needs to happen to boost demand for these offsets.

Gloria Gonzalez: What would you say were the key developments in the carbon markets in 2013?

Brian McFarland: The Warsaw COP (the United Nations Framework Convention on Climate Change’s Conference of Parties last November) was probably marginally successful, but there was a focus on REDD+. There were a lot of technical rules and guidelines on REDD that were agreed upon at Warsaw, which is an encouraging step. The REDD Offsets Working Group released its final technical recommendations and held three workshops in California, which gave a lot of added visibility to REDD and hopefully confidence to subnational jurisdictions on how they could accept international REDD offsets into their programs. Because the (REDD) projects are in the voluntary carbon market space, the decisions made on REDD in Warsaw as well as the REDD Offset Working Group’s public workshops and final technical recommendations have less immediate impact on our projects. But those decisions could have medium- to long-term beneficial impacts on our projects.

GG: In what prism do you view REDD projects?

BM: Right now, they are explicitly for the voluntary markets because as of now there simply is no compliance market that accepts REDD offsets, but our hope is that at some point in time the projects in Acre will be accepted into a compliance carbon market such as California or China or perhaps some other jurisdiction. It seems like it’s still on the radar for California, but they have some higher priorities they are working on now. China will definitely be a longer-term play. It is encouraging, though, that the state of Acre is viewed as one of the leading subnational jurisdictions working on REDD. If there was going to be a compliance program accepting REDD offsets, we’re confident Acre would be the first or one of the first subnational jurisdictions to be accepted.

Click here to read more about how the Brazilian state of Acre
is using REDD to slow deforestation.

BM: I would say the lack of a current compliance market, as well as the lack of any clear signals of a compliance market soon to accept REDD offsets, has put REDD projects in a very delicate and risky position because REDD projects are strictly reliant on voluntary donors to support their activities and this has led to an imbalance between the demand for REDD offsets and the supply of REDD offsets. Prices have gone down for REDD projects. Some of the larger projects are able to unload a significant quantity of offsets at a very low price to help with their cash flow issues. That is not sustainable for their projects. It’s not sustainable for other projects that don’t have as large issuances and are not able to drastically reduce the price. Ideally, there would be some type of compliance market or forward market commitment designed by a multi-lateral agency like the United Nations’ REDD program or the World Bank’s Forest Carbon Partnership Facility that would help shore up some of the demand. But it’s definitely very soft.

GG: What about the market for project types other than REDD.

BM: I would say probably all the project types have seen prices go down slightly, except for those projects that are either early action or designed right from the beginning to a California-accepted protocol. Those prices have obviously risen just because there’s a lot of demand from the compliance market.

GG: If a voluntary protocol was accepted by California regulators and became a compliance protocol, would that mean that CarbonFund.org would stop pursuing those project types or would that still be an option for the organization?

BM: Carbonfund.org primarily supports voluntary carbon market projects. However, we would certainly support California accepting more voluntary projects and project types into their compliance market as long as they didn’t accept so much that there was a huge oversupply. That would certainly help bolster the legitimacy of carbon offset projects. If there is a particular project type we have been supporting through the years and that type all of a sudden got accepted into California, it would be decided on a case-by-case basis. If the price went from $5 or 6 per tonne up to $14 per tonne, CarbonFund.org would probably support another project that is less expensive. But if one of our donors really liked that project because it’s in the same county as their headquarters or something along those lines, then we could probably work with the donor to find the right price. If we were developing projects such as the ones in Acre, we would definitely continue to implement, if not expand to more projects.

GG: Anything we should be watching out for in 2014 and beyond?

BM: Hopefully, there will be more market signals that a jurisdiction such as California will accept REDD offset credits from the state of Acre at some point in time. That would be fantastic. Hopefully, a lot of decisions will be made leading up to and at Lima (Peru, site of the COP) to lay the groundwork for a historic decision in Paris next year. That’s probably the biggest climate change policy or news to pay attention to this year.

This part of an ongoing series of interviews with market participants culled from our research into this yearÃ¢â‚¬â„¢s Ã¢â‚¬Å“State of the Voluntary Carbon MarketsÃ¢â‚¬Â report, which will be launched on May 28 at Carbon Expo in Cologne, Germany. Click below for others in the series

CarbonFund Foundation:
Seeing A Yellow Light For Forest Conservation Projects
The market for forest carbon offsets was challenged to say the least in 2013, with some developers forced to unload offsets at less-than-ideal prices. But Brian McFarland, Director of Carbon Projects and Origination for Bethesda, Maryland-based CarbonFund.org, believes there is some reason for optimism, particularly if a compliance market such as CaliforniaÃ¢â‚¬â„¢s carbon system steps up to the plate.

Environmental Credit Corp: California, Here We Come! Environmental Credit Corp (ECC) was busy in 2013 developing emissions reduction projects that received a total of more than one million tonnes from CaliforniaÃ¢â‚¬â„¢s regulated carbon market. But Derek Six, ECCÃ¢â‚¬â„¢s CEO/CFO, spoke to Gloria Gonzalez about growing interest in a new charismatic project type that could be added to CaliforniaÃ¢â‚¬â„¢s program in the future.