Skip to content
Frank Ackerman and Elizabeth A. Stanton

Last week was a big one for environmental politics. US President Barack Obama approved new offshore oil and gas drilling for the first time in decades – in part, mostly likely, as a concession to congressional opponents of  a larger climate bill.  Then, Obama limited car exhaust under a new tailpipe rule. Such legislation will factor in the social cost of carbon, but the current means of determining that are woefully inadequate. 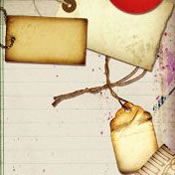 Last week was a big one for environmental politics. US President Barack Obama approved new offshore oil and gas drilling for the first time in decades – in part, mostly likely, as a concession to congressional opponents of   a larger climate bill.   Then, Obama limited car exhaust under a new tailpipe rule. Such legislation will factor in the social cost of carbon, but the current means of determining that are woefully inadequate.

2 April 2010 | The social cost of carbon (SCC) may be the most important number you’ve never heard of.

It’s important because it’s a number that many governments – including that of the United States – use to determine the true cost we all pay for every ton of carbon emitted into the atmosphere. That means it’s the foundation upon which arguments in favor of effective climate-change legislation are built.

Over the next few months, the US Environmental Protection Agency, the Department of Energy, and others are going to be assigning SCC values as part of “rulemaking” processes that are couched in very technical terminology and largely invisible to the general public.

The SCC is defined as the estimated price of the damages caused by each additional ton of carbon dioxide (CO2) released into the atmosphere. You can look at it as the volume dial on government regulations affecting greenhouse gases: The higher the SCC is set, the more stringent the regulatory standards.

We have recently published a white paper that explains how economists estimate the social cost of carbon, and why we believe the Obama Administration’s current analyses are on a path to grossly underestimating it. We believe that relying on the SCC in the first place may be unproductive.

In an interim (and then a revised) analysis, an interagency working group has presented multiple scenarios and possible values for the SCC. The interim analysis suggests (and the revised analysis explicitly endorses) a “central” estimate of $21 per ton of CO2 in 2010. This amounts to roughly 20 cents per gallon of gasoline – an extremely modest price incentive for carbon reduction.

If adopted, this obscure number will have immense practical consequences: A low SCC could result in ineffectual regulations that lead to few if any reductions in U.S. emissions until Congress passes a climate bill.

Even greater harm could result if Congress interprets the $21 SCC as an endorsement of that level for a carbon tax or permit price. This could clash with the widely-discussed, science-based goal of achieving an 80 percent reduction in US emissions by 2050 – an objective that will almost certainly require a much higher price on carbon. In the revised analysis, the central SCC estimate rises only to $45 per ton (in 2007 dollars) by 2050.

If climate economics is (mistakenly, in our view) interpreted as supporting an SCC of only $21 today and $45 by mid-century, it could also be interpreted as advocating only the emission reductions that would result from those prices.

That is, working backwards from the proposed SCC, one could infer that the appropriate cap on carbon emissions is much weaker than those found in recent legislative proposals.

The resolution to this paradox is that, as we argue in this paper, the $21 SCC is based on flimsy analyses and multiple mistakes. Sound economic analysis would show that the SCC should be much higher, and thus could be consistent with the carbon prices required to achieve science-based targets for emission reduction.

Calculating the SCC is a new undertaking for the administration, and these initial estimates may represent work in progress rather than a final answer. In its first attempts, however, the administration’s interagency working group has left itself plenty of room for improvement.

This article has been excerpted and adapted from “The Social Cost of Carbon”, a white paper published by the Economics for Equity and the Environment Network, which can be downloaded here.