Do global efforts to pay developing countries to reduce greenhouse gas emissions from deforestation aid in the fight for community and indigenous rights, or impede it? The Fifteenth Dialogue on Forests, Governance & Climate Change, hosted by the Rights & Resources Institute, brought together a mix of voices – and they weren’t always in harmony. 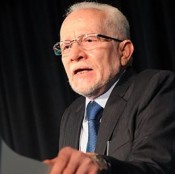 March 21, 2014 | Though the weather outside the Newseum in Washington D.C. on Wednesday was dull, the mood inside was spirited and at times contentious at the Fifteenth Dialogue on Forests, Governance & Climate Change, hosted by the Rights and Resources Institute (RRI). About 100 panelists and audience members came together to discuss the issue of Ã¢â‚¬Ëœcarbon rights’ in the wake of the recently passed Warsaw Agreement on Reducing Emissions from Deforestation and Degradation of forests (REDD+).

“For the large trade to take place and large flow of money from developed countries to developing countries to take place, it’s extremely important that two things are very clear,” said Arvind Khare, Executive Director of RRI. “Who is the seller and who is the owner? And what is the commodity you are trading?”

It’s a question that could be phrased in an even more fundamental way: namely, is a payment for conservation performanceever really a commodity? REDD+ programs emerging under the United Nations Framework Convention on Climate Change generally work by supporting climate-safe agriculture and involve no tradable carbon credits, at least not yet. Regional programs like California’s do have provisions for offsetting that would create tradable credits, and the REDD Offsets Working Group (ROW) has recommended safeguards for indigenous people participating under that mechanism.

Much of the debate focused on the continuing lack of clear land tenure for indigenous people, but Charles Di Leva of the World Bank’s Environmental and International Law Unit warned that a myopic focus on ownership could harm the communities it’s designed to help.

“If we were to require title resolution as a prerequisite, we might be excluding communities who want to participate in REDD activities,” he said.

In the voluntary market, which works at the project level instead of the jurisdictional level, project developers – indigenous or not – often don’t own the land on which they are operating, and REDD+ credits are often retired instead of traded. Increasingly those credits are contingent on the involvement of local communities. Andrew Hedges, the REDD+ Vice-Chair of the Climate Markets & Investment Association, noted that many buyers on the voluntary market now expect projects to have both Verified Carbon Standard (VCS) and Climate, Community, and Biodiversity Standard (CCB) certification – which places the emphasis on the efficacy of those standards rather than on strict adherence to requirements to title.

But Niranjali Amerasinghe of the Center for International Environmental Law disagreed.

“I would posit that you really shouldn’t separate carbon from land rights,” she said.

For a full summary of the debate, visit The Forest Carbon Portal.