More than two dozen voluntary carbon standards have emerged in the last five years, and the prices those standards garner vary widely, according to the latest State of the Voluntary Carbon Markets Report, which was released last week in Cologne. Here’s a look at the factors that determine what types of projects garner the highest prices. 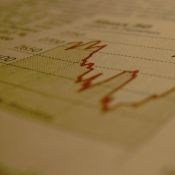 8 June 2012 | A Japanese company looking to voluntarily reduce its carbon footprint could easily do so by purchasing credits from wind farms in China, and it would pay just $6 for each ton of carbon dioxide equivalent (tCO2e) reduced.   Many, however, are choosing instead to spend up to $120 per ton for home-grown “J-VER” (Japan-Verified Emissions Reduction) credits, according to the latest “State of the Voluntary Carbon Markets” report (SOVCM), which was released last week at Carbon Expo in Cologne, Germany and will be launched in North America on June 14 (see “The Report”, right).

From a carbon perspective, J-VER credits offer the same emission-reductions as do credits from wind farms, but they have two advantages: first, they tend to come with a good story, and second, they keep the money closer to home – two attributes that the SOVCM shows garner higher prices around the world.

The report showed that volume-weighted average prices ranged from less than $0.1/tCO2e for credits from the now-defunct Chicago Climate Exchange (CCX) to more than $120/tCO2e for J-VER credits.   It also found stratification not only by standard, but by project type.

Credits with a high average price (>$8/tCO2e) were transacted by purely voluntary buyers who sought to support projects with social, environmental and often local benefits. The average price for Gold Standard and CarbonFix credits were on the high end, even though the Verified Carbon Standard (VCS) had the lion’s share of the market.

The Gold Standard, which was established nearly 10 years ago by WWF, requires buyers to contribute to sustainable development through projects ranging from clean cookstoves to water filtration to wind. CarbonFix’s forestry projects must also demonstrate social and ecological responsibility.

However, credits generated by domestic program standards like J-VER and Canada’s Pacific Carbon Trust achieved the highest average prices of any type of standard ($17.3/tCO2e average across all domestic standards). This is mostly due to the high cost of programs in developed countries as well as a heightened demand for supporting local initiatives.

In the United States, credits listed under the Climate Action Reserve (CAR) came in at the high end of the spectrum ($8/tCO2e), primarily because credits from CAR are the first credits in the world that were originally intended for voluntary buyers but have been recognized for use within California’s emerging compulsory carbon market.

At the other end of the spectrum, VCS credits averaged $3.7/tCO2e, weighed down by the low average prices of VCUs from some renewable energy project types (like wind, also at $3.7/tCO2e). Most international VCS credits fell within the average price range (between $4-$6/tCO2e).

The American Carbon Registry (ACR), a voluntary offset program using different methodologies and standards, saw huge increases in price.   Last year, their average credit prices leaped to $5.7/tCO2e in 2011, compared to $2/tCO2e in the previous year – benefitting from a higher than average price for its A/R (afforestation and reforestation) and IFM (improved forest management to enhance carbon sequestration) projects (average $7.3/tCO2e). ACR’s price increase left the CCX as the only standard-transacting credits at less than $4/tCO2e on average.

Because 75% of transaction volumes were concentrated around the market’s five independent standards, it’s helpful to understand the variables within those standards that influence price. Average prices vary highly within the various stages of project development for each type. For example, even though there was an oversupply of existing VCS wind and landfill credits, prices were higher for projects in their early stages because voluntary buyers chose to catalyze new project activities instead of use already developed ones. Issued credit prices for both types are more reflective of their large volumes of existing supply.

In the case of cookstoves and A/R, prices paid for pre-issued credits varied highly by planting stage, project location, technology, and other factors. These project types, as well as REDD, hovered much closer to their average because of greater availability and transparency into their “going price.”     These and other price spreads tracked in our survey by type, stand and stage represent an accounting of the prices that suppliers and their buyers were able to achieve in 2011, and in some cases do not truly reflect the cost of capital and risk associated with project stage and the type of credit.