A ruling by the Sacramento Superior Court affirms the legality of California’s cap-and-trade program. Cap-and-trade could raise as much as $12 billion to $70 billion for the state, but a judge last week ruled that the program does not constitute a tax, in part because the ‘license to emit’ does not come for free. 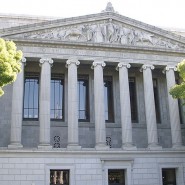 A ruling by the Sacramento Superior Court affirms the legality of California’s cap-and-trade program. Cap-and-trade could raise as much as $12 billion to $70 billion for the state, but a judge last week ruled that the program does not constitute a tax, in part because the ‘license to emit’ does not come for free.

18 November 2013| The Sacramento Superior Court upheld California’s cap-and-trade program last week against two affronts to its carbon auction system. The decision is unsurprising given the tentative ruling in the Air Resources Board’s (ARB) favor in August, but its affirmation in the upper court is an important step in cementing the legality of the United State’s first sub-national carbon market.

The cases, filed by the California Chamber of Commerce and the Pacific Legal Foundation (PLF), challenged the sale or auction of carbon allowances on the grounds that (1) auctions are beyond ARB’s scope of authority and (2) auctions are akin to a tax.

The first objection was relatively easy to dismiss. AB32, the 2006 law that began California’s efforts to limit greenhouse gas (GHG) emissions to 1990 levels by 2020, give ARB “wide discretion to design a system of emissions reductions,” according to Cara Horowitz, a lawyer and the Executive Director of UCLA’s Emmett Center on Climate Change and the Environment.

The question of whether the auctions constitute a tax was a stickier one. Allowance sales are in fact expected to raise a sizeable chunk of change: The Legislative Analyst’s Office has estimated that allowance sales could raise as much as $12 billion to $70 billion in revenues for California over the life of the cap-and-trade program, which runs through 2020. It’s raised about $300 million so far. Monies from the sale of allowances are earmarked towards investments that further GHG emissions reductions, with 25% going to projects that benefit disadvantaged communities.

Yesterday, Judge Timothy Frawley affirmed a previously tentative ruling that, though cap-and-trade does raise revenue for the State, allowance auctions do not count as ‘taxes.’ As Horowitz outlines, the ruling was based on findings that allowance buyers receive something valuable in exchange for their dollars: the license to emit one tonne of carbon dioxide – an allowance that is in fact a tradable commodity in the marketplace. Furthermore, auction prices are determined by market forces rather than set by government, as a tax would be. The allowances were more like a hunting license or a mineral extraction permit than a tax, Frawley ruled.

M. Rhead Enion, an environmental law fellow at UCLA, says that cap-and-trade is not a tax for another reason. Put simply, there is no right to pollute in California, as determined by a 2010 court case, Communities for a Better Environment v. SCAQMD. Enion reasons that the retirement of GHG allowances is actually very similar to the installment of pollution abatement technology under a command-and-control regulation. It certainly constitutes a cost to industry, but that cost is perfectly legal.

“Because industries represented by the Chamber of Commerce have no right to pollute, they similarly have no right to be given free GHG pollution allowances from the state of California,” he writes.

PLF has already announced that it will file an appeal to Judge Frawley’s ruling on behalf of its plaintiffs. The first listed plaintiff is Morning Start Packing Company, whose three tomato processing facilities have purchased 31,000 allowances to date at a cost of $379,860 – money they claim could have been used to hire more employees. Other plaintiffs include Merit Oil Company, the California Construction Trucking Association, the Loggers Association of Northern California, and Dalton Trucking, as well as three individuals who claim the auction process will raise their fuel and utility costs.

“In a democracy, an administrative agency comprised of unelected bureaucrats can only carry out the will of the people, as set forth by the Legislature. California’s ARB cannot carry out its own will, especially when its will conflicts with the California Constitution,” says PLF attorney Ted Hadzi-Antich. “On behalf of our clients, PLF will carry this lawsuit forward in the public interest.”

Horowitz, however, thinks that the legal challenges remain weak, and that time is on ARB’s side. “The longer the cap-and-trade program is in place, however, and the more auctions and private-party trades are conducted, the harder it becomes to imagine what remedy any judge might issue to claw it back,” she writes.

Allie Goldstein is a Research Assistant in Ecosystem Marketplace’s Carbon Program. She can be reached at AGoldstein@ecosystemmarketplace.com