Carbon offsetting relies on rigorous accountability and transparency, but the price is often higher cost and complexity.  To help project developers, standard setters are aiming to simplify their rules, while maintaining their rigor.  Here’s a rundown of the most recent changes. 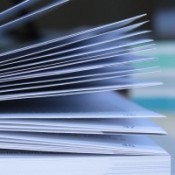 Carbon offsetting relies on rigorous accountability and transparency, but the price is often higher cost and complexity. To help project developers, standard-setters are aiming to simplify their rules, while maintaining their rigor.   Here’s a rundown of the most recent changes.

12 April 2011 | Voluntary carbon standards are busy fine-tuning themselves for the future. As private developers have struggled to stay afloat amid a global recession, officials at the major voluntary market standards – Climate Action Reserve (CAR), American Carbon Registry (ACR), Verified Carbon Standard (VCS), Gold Standard and others – have stepped up efforts to streamline their programs and ensure a future will be waiting beyond the storm clouds.

Everyone has their own approach, but most have chosen the same focus as that of market-leading VCS: simplicity itself.

“The big picture is streamlining to make the Verified Carbon Standard more useful for developers, verifiers and validators,” says VCS Program Manager Jerry Seager about its first major makeover since 2007. “We were very careful to make sure we were not changing things that were going to be the detriment of anybody. Nothing was dropped. It’s clarifications and additions.”

Similar pressures on the compliance market drove reforms in the Clean Development Mechanism (CDM) rules during the United Nations meeting in Cancun, Mexico in December 2010 – mostly about issues such as standardized baselines and new additionality approaches.

The changes suggest that the major standards – voluntary and compliance alike – are accelerating their revision process to help developers confront the rising cost and complexity of bringing projects to market, and government regulators interested in integrating voluntary standards.

Yet some developers have sought their own route to simplicity. In an ironic twist, at least one has abandoned the voluntary market approval processes for project methodologies – the complex and often expensive blueprints to create new project types – in favor of the CDM process, once known as the most bureaucratic and time-consuming.

“This is exactly want we wanted to avoid,” says the European methodological expert who has guided methodologies through the CDM’s methodological approval process, pointing out that voluntary standards are once again wrestling with basic issues such as eligibility and forest definition.

“With consolidated methodologies and all these tools and guidance, the CDM got organized and transparent,” says the expert who asked not to be named. “We make use of that, get the methodology approved, and then use the VCS environment.” It works because several voluntary standards accept methodologies approved by the CDM. It’s like gaining acceptance into one club, and having reciprocal access at the other: you can use their facilities, but you can’t transfer money (or carbon credits) between them.

Despite the growing pains, voluntary standards see themselves as the player of the moment to deliver cheap, effective emission reductions, and the vanguard of compliance programs (still nearly 100 times larger than the voluntary markets by value). But to do that, the standards will need to become as user-friendly as they are rigorous.

California-based CAR is positioning itself as the leader in “regulatory-quality offsets” in the US.   Since 2009, it has approved 10 project protocols (or methodologies) while five more are under development or revision, including an international forest carbon protocol for Mexico.

“The market has, in the last two years, really woken up and become much more sophisticated about offset quality,” says Gary Gero, president of the California Climate Action Registry, and one of the people who helped establish CAR.

“I think we have seen sort of the next generation of offsets develop now,” he says. “We are expecting exponential growth in the program.”

Feedback from users has prompted CAR and others to re-evaluate their standards and look for ways to make them more effective and economical.

“Our protocols are not at all static documents, but very dynamic,” says Gero. “With 400 projects [listed and under development], it gives us real-world experience in how protocols work on the ground, but also gives us a good sense of the sector.   We take feedback from real project activities – as well as from stakeholders, regulators and the public generally — and update our protocols regularly.”

CAR has two ways it modifies its standards to ensure they remain “accurate and applicable” over time: regular technical or clarification revisions every few months and full protocol review every two years to ensure the science and sectoral performance standards it uses for baselines are still accurate.

The ACR also subjects its standards and methodologies to a substantive review including public review and comment every few years, with less substantial clarifications regularly announced on its website.

“We get feedback as we are out in the marketplace  not only on things that might need clarification but on how things might work better,” says ACR Marketing Director Mary Grady. “We track that feedback and feed it into new versions of standards and methodologies.”

The VCS, the voluntary market’s largest standard (accounting for 35% of transactions last year), also climbed on the “change” bandwagon with its newest update (2007.1) to be released in early 2011. Priorities of its second major revision since launching in 2006 resemble those of today’s voluntary market: simpler, clearer, and a stronger emphasis on forestry and land use.

For the carbon market community, this means a change in process — consolidating documents, creating a user-friendly approval and design procedure – while removing the ambiguities that may have snarled project validators and developers in the past. for substance, there are no big changes beyond clarifications on the forestry and land use sector, one of the hottest in today’s voluntary market (forestry-based credits grabbed 24% market share, or 10.4 MtCO2e (million tons of carbon dioxide equivalent), in 2009, twice the 2008 percentage) and rules to streamline project development (See “The New VCS”, right).

These changes have come as voluntary standards seem be getting a second wind. During the last year, the VCS announced two major milestones: approval of its first REDD methodology (for avoiding land use change in tropical peat swamp forests of Southeast Asia) and the first issuance of AFOLU credits from a reforestation project in Tanzania.

CAR plans to forge its own regional market for North America by linking up with the Western Climate Initiative, Mexico and Canada offering a new compliance route for international project-level forestry credits program. It is also aggressively expanding into agriculture with soil conservation, nutrient management and rice cultivation the first in a series of land use protocols.

ACR has followed suit with its own methodologies for land use projects and the booming oil and natural gas sector, while partnering up with the Carbon Trade Exchange to tap into global voluntary markets for its registered projects.

But the good news hasn’t trickled down to everyone just yet, admits ACR’s Grady.

“It is very difficult for project developers and others to survive in a market that is so unclear and uncertain,” she says. “With lack of price for carbon, and regulatory certainty, we have seen a lot of the players closing shop, as well as consolidation.”

The last few years also saw a traffic jam in methodology development. Project developers report bruised bottom lines due to delays in approving new methodologies. Costly disputes or questions between validators and project developers have also been left up to the players to resolve, while operational rules were still being clarified. Green Collar Group, an Australian project developer and environmental markets consultancy, sees the standards improving, even if problems persist.

“I think that’s an element of time and learning,” says James Schultz, Green Collar’s managing director, which has two AFOLU methodologies under validation and has several more in the pipeline with the VCS. “Maybe that will change over time.”

Schultz noted Green Collar’s recent problems with the two validators it hired to gain VCS approval of an IFM methodology as an example of the discrepancies that need to be resolved.

“One did it very, very quickly and another took nine months from beginning to end,” says Shultz, reportedly a common occurrence among project developers. “[Validators] are interpreting the rules differently.” But given how the Verified Carbon Standard Association is reforming, Shultz says, he’s confident the issues will be fixed.

The VCSA says its 2011 revisions and other modifications should make these critical reforms, countering concerns the VCS has proved too complex and unwieldy for what is conceived as a rigorous but user-friendly alternative for carbon project developers.

“We’ve clarified many policy requirements and reorganized the documents structure,” says the VCSA communication director Andrea Welsh. “The 2011 update is just part of a much larger initiative to enhance program scope and functionality.”

It is also a matter of guidance; the hands-off approach wasn’t working. “Initially, we didn’t want to interfere with the market, but we’re realizing that there are a lot of parties involved in this, so we have stepped up guidance,” she says. Developers, validators and verifiers now have upfront instructions and milestones. “We’ve definitely have had more interaction with people,” says Welsh.

Peering Over the Horizon

Voluntary standards now face a tricky high-wire act: strike the right balance between a workable approach that minimize costs and one that ensure rigorous accounting and integrity of carbon credits at any cost.   Which side the standards favour will emerge as the 2010-2011 updates go into effect, and a new set of revisions arrive during the next two to three years.

“There’s still a lot to do in the voluntary market,” says the VCSA’s Seager. “It continues to evolve.”