The Clean Development Mechanism has failed to live up to its potential, and many now look to Nationally Appropriate Mitigation Actions to succeed where the CDM failed. Carbon Market Watch says that NAMA proponents can learn plenty from the CDM’s successes and its failures. 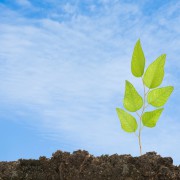 The Kyoto Protocol’s Clean Development Mechanism has failed to deliver the kind of sustainable development benefits that many believed it would, and many now look to Nationally Appropriate Mitigation Actions to succeed where the CDM failed. Carbon Market Watch says that NAMA proponents can learn plenty from the CDM’s successes and its failures.

Given that the NAMA implementation is still at early stages, NAMAs provide an opportunity to better implements requirements for sustainable development than has been the case in the CDM.

Why the CDM has Failed to Deliver

Also, the assessment process that is performed by the host country Designated National Authorities (DNAs) is usually perfunctory. Even in the few countries that have well developed sustainability requirements, the requirements are undermined by the lack of monitoring, reporting, and verification of claimed sustainability benefits. Experience shows that for these reasons, the majority of offsets are coming from projects with arguably little or no sustainable benefits, such as industrial gases and large hydro projects and sometimes even negative impacts of registered projects.

Lessons From the CDM for NAMA’s Contribution to Sustainable Development

The NAMA Partnership was established to share information and knowledge and to deliver know-how in support of developing countries. It includes multilateral organizations, bilateral cooperation agencies and think tanks.

Carbon Market Watch welcomes the focus on sustainable development of this working group. If done well, the tools that will be developed may help overcome some of the shortcomings and challenges faced by the CDM. Issues that need to be addressed by the working group include setting criteria and indicators for sustainable development, how to monitor and report on these indicators and how to involve stakeholders, especially local communities in the process.

Lessons from the CDM for NAMAs to Alleviate Poverty

Waste management is a key area for NAMA development. In many parts of the developing world, collecting and sorting waste informally provides a livelihood for large numbers of the urban poor, especially women and children. People working in the informal recycling sector often suffer from harsh working conditions and are exposed to many health hazards. There is evidence that where waste collectors are organized, and operate within a more favorable policy climate, they are able to achieve a decent standard of living and improve their health and social standing. In sectors where local communities are typically active, it is therefore essential to involve them in the development and implementation phases of the NAMA.

Experience from the CDM shows that the absence of social safeguards and weak rules, such as the current CDM rules for local stakeholder consultation can lead to the registration of harmful projects. Given the priority objectives of NAMAs to achieve sustainable development and to reduce poverty, it is therefore crucial to take into account the lessons learnt from the CDM and to establish a set of guidelines to ensure thorough public participation process. This must include consultation with indigenous and tribal peoples and local communities before adopting measures that may affect them. A public participation process is essential for individual mitigation project NAMAs as well as for sector-wide mitigation NAMA initiatives.

Eva Filzmoser is the Director of Carbon Market Watch, which she founded as CDM Watch in 2009. Before that, she worked at the European Commission, as a consultant on EU and UN climate policy and for several non-profit projects in developing countries. She can be reached at Eva.Filzmoser@carbonmarketwatch.org.