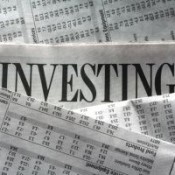 14 March 2012 | When Israel Electric Corporation (IEC) decided to wean itself off of Egyptian gas, it figured the best solution was to build up its solar capacity. To do that, however, it needed $500 million – and it needed it fast.

So it did what cities, towns and countries often do to get money for roads, airports, and anything else with a hefty short-term price tag and healthy long-term payoff: it issued bonds, which is a fancy way of saying it borrowed the money.

More and more green financiers say this tried-and-true solution is the best way to move us to a low-carbon economy – a transition that the International Energy Agency (IEA) says will cost $13.5 trillion over the next 25 years just to build a low-carbon energy infrastructure. That’s steep, but science tells us the costs of doing nothing are multiples of that and come in the form of crop failure, drought, and war. The World Bank is developing new standards for “climate bonds”, which it hopes will make green projects more attractive to global investors, and scores of private-sector bond managers are also exploring the possibility.

When a company like IEA issues bonds, it is essentially borrowing money from the people who buy the bonds. Over the course of the bond’s lifetime (which generally ranges from a few months to several years) the issuer pays interest on the bond, and eventually repays the value of the bond. This provides external capital for the issuer to fund their project, and gives a safe and known return on investment to the buyer.

Bonds are rated on quality, and institutional investors only want high-quality bonds. The infrastructure and methods to rate green bonds exists, but those buying bonds will want to know that their bonds are delivering a positive environmental outcome. The World Bank already utilizes independent third party verification for their green bonds. This week the Climate Bonds Initiative released their

Those green credentials are the value-added that will lead investors to pick a green bond over a ‘brown bond’ (a bond not geared towards a low-carbon or otherwise green project).

In the first category, the institution is taking the money from the climate bond and ring-fencing it for green investments, but the bond is backed by the institution’s total credit capacity and revenues from investments and assets.

“Investment dependent bonds” are dependent on the revenue stream of the project being financed, electricity or rent for example, and purchasers of bonds are paid back with funds from the developed assets. Currently the green bonds issued by governments and multilateral organizations are of the “full faith and credit” variety, although bonds backing alternative energy projects are increasingly utilizing an “investment dependent” model.

Currently, green bonds are geared towards traditional emission-reduction projects, such as renewable energy and energy efficiency, as well as adaptation projects. Sean Kidney, director of the Climate Bonds Initiative, sees green bonds as having the potential to fund a variety of projects outside of a common conception of climate projects.

“In our construction of the theme we consider projects that are important to the transition to a low-carbon global economy,” he says. “That means everything from clean energy to water infrastructure investments for regions coping with climate change induced reductions of rainfall to broadband roll-outs because of its importance to smart-grids, to aviation avoidance (teleconferencing) and the like. As our understanding of what the low-carbon economy requires so will our universe of eligible projects.”

A stigma persists around green investments, however, which have traditionally been viewed as a trade-off of increased risk and potentially lower returns in favor of an environmentally responsible investment. A recent article in the online publication Global Pensions found that 80 out of the site’s 100 member panel would not invest in green bonds, with one respondent stating, “It is not part of our fiduciary duty to subsidize green investments. We must continue to seek the best risk adjusted returns in this challenging environment.”

Firms that manage climate bond funds and issuers of the bonds are looking to dispel this stigma by creating green bonds that are indistinguishable from other bonds in when compared using current ratings instruments. Kidney counters the idea that green bonds cannot offer competitive returns, saying that, “The Climate Bonds Standard is expected to be used primarily for bonds that have investment grade ratings,” meaning the value and return from green bonds should be on par with “brown bonds”.

Combined with a trusted standard, he says, green bonds should be able to attract large pools of capital from institutional investors – mostly insurance firms and pension funds – that are the source of most of the $95 trillion in the global bond market.