California’s Climate Action Reserve has unveiled a new forest carbon protocol with rigorous new requirements for project developers and landowners – including a hundred-year contract. It aims to draw projects from across the United States, but with a hundred-year commitment and other tough requirements, will forest owners bite? 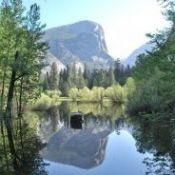 †This paragraph was edited after publication, when an error was brought to our attention. It originally read:

The lengths originally listed for American Carbon Registry and Voluntary Carbon Standard correspond to the length for each standard’s published crediting periods rather than total project commitment lengths. We apologize for any confusion.

California’s Climate Action Reserve has unveiled a new forest carbon protocol with rigorous new requirements for project developers and landowners – including a hundred-year contract. It aims to draw projects from across the United States, but with a hundred-year commitment and other tough requirements, will forest owners bite?

6 November 2009 | Last month, Blue Source, CE2 Carbon Capital, and Goldman Sachs Group performed the largest publicly announced US carbon offset deal to date worth US$12 million. Included in this deal are offset credits from the preservation of 2500 acres of forest land in North Carolina known as the Alligator River project. With an eye towards premium credit prices and attracting as many buyers as possible, Blue Source designed this project to meet the latest iteration of the Forest Project Protocol from the Climate Action Reserve (CAR).

It’s the first listed project outside of California designed to meet the updated CAR Forest Project Protocol – and CAR hopes it won’t be the last.

Project developers say the new CAR Forest Project Protocol – version 3.0 – is the most rigorous they’ve seen yet. That will appeal to buyers of carbon credits that reduce greenhouse gas emissions from deforestation and forest degradation (REDD), but it’s not clear that sellers outside a small community of mission-driven land-owners will be willing to meet the tough requirements.

CAR’s latest protocol not only offers revised guidelines for measuring the amount of carbon captured in trees, but also rolls out complex new baseline procedures for all project types, establishes new rules for projects on state and municipal public lands, and provides standardized risk criteria and buffer pool contributions to offset a project’s chances of “reversals”, if forests burn or otherwise release sequestered carbon back to the atmosphere. Other notable changes include accounting for long-term carbon storage in wood products for all project types and the replacement of mandatory conservation easements with sustainable forest management certification for forest establishment and improved forest management projects.

Perhaps the most significant change from previous versions, the protocol’s expansion beyond California-based projects to the entire US opens the door for what many observers have pointed to as a market for “pre-compliance” emissions credits that could prove valuable in a future US federal emissions trading scheme.

Eron Bloomgarden, President for Environmental Markets at Equator, LLC, a firm specializing in forest-based carbon credits, sees the new protocol stepping to the forefront of the market.

“In terms of the voluntary, pre-compliance market, we’ve been very excited about it coming out,” he says. “We think CAR represents the best standard at the moment for forestry projects, definitely in the US, and hopefully internationally at some point.”

Signing on the Dotted Line

Although the 110-page Forest Project Protocol received the majority of attention and time for critical review from December 2008 through June 2009, it is the comparatively briefly aired 27-page Project Implementation Agreement (PIA) outlining the contractual obligations of the project developer and landowner which is likely to play as much, if not more, of a role in a landowner’s decision to enroll.

Project developers may be reasonably expected to handle the ins and outs of managing the project according to the protocol without getting landowners too much into the fine print of the Forest Project Protocol. In contrast, landowners will need to wade through the milieu of liabilities, encumbrances, and choice of subordination clauses to be assigned to their property with the PIA.

“It will prevent many people from getting in,” says Bloomgarden, adding that the new protocol may find itself limited to “conservation groups, NGOs, and landowners who manage for a multi-generational time frame.”

The PIA deals with some of the trickier issues of forest carbon offsetting, including the treatment of unexpected carbon losses, early contract termination, issuance and registration of credits, monitoring duties and rights, and the conveyance of contractual obligations with property sale or lease.

Then the landowner gets to decide how the PIA will relate to other property encumbrances such as mortgages and deeds. If the landowner chooses to subordinate all other property encumbrances to the PIA, the PIA becomes the final word in the event of inconsistencies with other contract terms and commitments. Those who choose not to subordinate all other deeds, mortgages, etc. to the PIA face an increased diversion of credits – from 2% with subordination to 10% without subordination – into their buffer pool.

How Much Time Guarantees Permanence?

The challenge of guaranteeing offset permanence has plagued land-use projects since they first began being evaluated. To compensate for the risk of carbon losses following the sale of credits, forest protocols commonly utilize buffer pools or other insurance mechanisms. In addition, many protocols extend project commitment lengths for forest projects compared to project types that do not entail permanence concerns.

It is the ambitious length for committing landowners to maintaining sequestered carbon implemented by CAR that has raised many eyebrows among project developers in the voluntary market as well as more generally raising the bar in terms of what constitutes guarantees of permanence.

“We think it’s a milestone for the domestic market and potentially beyond,” says Roger Williams, VP of Portfolio Development at the offset provider and developer Blue Source.

The Kyoto Protocol dealt with the permanence issue primarily through using temporary credits, which require short-term periodic renewal. Other standards have sought slightly longer contract terms and the use of buffer pools rather than employing temporary credits.

The new CAR protocol simply requires a contract for a full century.

By contrast, other US standards involve fairly modest extensions to address permanence: commitments with the Chicago Climate Exchange, for example, require fifteen years of maintained forest cover, while the Voluntary Carbon Standard (VCS) requires twenty, and the American Carbon Registry is slated to require fifty.†

Alongside CAR’s century-long contract come penalties for early withdrawal for forest management projects as well as a requirement that carbon sold in any year be maintained for the following one hundred years. For example, for a project initiated in 2010 using the CAR standard, credits issued in year 99 of the project (i.e., 2109) would be required to be maintained until year 199 of the project (i.e., 2209).

That might sound great from an environmental perspective, but how many landowners will be scrambling to lock up their properties for two centuries? George McKinley, a family forest owner who manages 600 acres in southern Oregon is skeptical. “I don’t think there are that many landowners that are going to be willing to sign a hundred-year contract unless there are discrete economic benefits for them or they’re just willing to play along, to do it for other reasons,” he says.

McKinley sees an opening with the voluntary market to get those discrete benefits.

“Just like there’s FSC (Forest Stewardship Council) wood and organic produce, those things are going to tell a story,” he says. “They may demand price premiums. The voluntary market may be the way for me to market my value-added carbon, just like the local networks are the best way for me to move what comes off my mill.”

Working where the rubber meets the road, Blue Source’s Williams seems keenly aware of the concerns of landowners like George McKinley.

“The fact that CAR has an open, transparent stakeholder process makes people more comfortable with the process,” he says. “We think what CAR has done should be commended, but it’s not a one-size-fits-all.”

With several newly proposed protocols working through the VCS double-validation process, the eagerness of forest owners and project developers to agree to CAR’s terms should soon become apparent. Only time will tell how big a splash the new protocol will make, but Williams says the Alligator River project will offer a good indication.

“We’re road testing it as we speak,” he says.

David Diaz has worked with the USDA Forest Service reviewing management practices for carbon sequestration and Portland-based Ecotrust on forest offset project development including use of the CAR Forestry Protocol. He now resides in Washington, DC, and can be reached at [email protected].