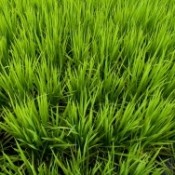 20 August 2013 | Despite concerns about future offset shortages, the California Air Resources Board (ARB) has delayed the potential adoption of a rice cultivation protocol until next spring.

ARB staff plans to proceed with consideration of the proposed mine methane capture (MMC) protocol in October as planned, but the rice cultivation protocol will not be submitted for board consideration until spring 2014 even though both protocols were expected to be debated by the board this year.

The rice cultivation protocol would provide methods for quantifying reductions in methane emissions from flooded rice fields. Projects would be limited to the major rice growing regions in California and the Mid-South (Arkansas, Louisiana, Mississippi, Missouri and Texas).

But several issues were identified during the stakeholder process for the rice cultivation protocol, namely the impact of early drainage activities on late broods, mosquito abatement and the wetlands and the rice straw baling effects on bird populations.

“That process has raised some questions that require more time to address,” said Jessica Bede, the ARB’s Staff Lead on the MMC protocol.

While another delay is possible, the ARB is targeting consideration of the rice cultivation protocol next spring after receiving more input on its environmental impacts and using the additional time for calibration and validation of the computer simulation model used in the protocol, according to ARB staffers.

Belinda Morris, California director for the American Carbon Registry (ACR), said ACR was disappointed that it was not possible to put the protocol up for consideration this October, but cited specific advantages to the delay, including modification of the protocol based on the latest growing season data and further examination of cost-effective aggregation mechanisms for these projects.

“We support the decision to postpone until the spring and we think we’ll end up with a much stronger protocol in the end,” she said.

“We agree that it is more productive to see a draft that works with the cap-and-trade program, even if it means a slight delay,” he said.

Peter Miller, Senior Scientist, Energy & Transportation Program, Natural Resources Defense Council, had urged the ARB to adopt the rice cultivation protocol because of the significant potential for co-benefits from these projects, the substantial opportunities to develop projects in California and the ability to utilize these projects to examine issues associated with agricultural offsets.

“I was initially sad to see it wasn’t coming out at the same time (as the MMC protocol), but glad to see it’s still on track to come out this spring,” he said.

“ARB has a big agenda for October and the proposed scheduling of the rice protocol for the spring reflects the fact that they are committed to carefully considering the range of issues, doing it right, and not cutting corners,” he said. “The rice protocol will be the first land-based offset protocol adopted by the ARB and it sets an important precedent. To be fully functioning, it’s vital for the agency to finalize the work necessary to finish the protocol and make a final decision before the start of the next growing season.”

An analysis by utility Pacific Gas & Electric found that the supply of offset credits available in the second and third compliance periods of California’s cap-and-trade program will fall short of the 8% cap on offset use by regulated entities, leading to rising compliance costs in California and Quebec.

But it is unlikely that the rice cultivation protocol, even if ultimately approved by the ARB next year, would provide a material volume of offsets to the California market, said Harold Buchanan, CEO, CE2 Carbon Capital.

“From our perspective, it won’t have a meaningful impact on the market, included or not, and frankly it may just be a gesture to the farm interests in the state of California as opposed to a meaningful attempt at a significant number of offsets,” he said. “But our interest is increasing the number of valid protocols that are used so we don’t have a problem with that.”

The protocol allows for credits to be issued for reductions from the installation and operation of a device or set of devices that capture and destroy methane. If the board adopts the MMC protocol at the scheduled October 24-25 board meeting, it will have an effective date in 2014, Bede said.

In 2011, mining methane emissions reached 69.9 million metric tons of carbon dioxide equivalent and constituted about 1% of total US greenhouse gas (GHG) emissions. The ARB’s mine methane protocol will incentivize the reduction of GHG emissions from mining activities in the US and quantify GHG emission reductions from capture and destruction of methane resulting from mining operations, she said.

MMC projects would be allowed throughout the US. All projects must have started after December 31, 2006, per the cap-and-trade regulation. Certain activities would be specifically excluded from eligibility such as mountaintop removal, which the ARB determined was not technically feasible, Bede said.

The NRDC had previously raised concerns about the MMC protocol, including that the availability of offset credits could make coal mines more profitable and increase the amount of coal mining, that these projects do not provide co-benefits, unlike rice cultivation, and that the protocol would not generate in-state projects because California has no coal mining. In addition, the organization praised the ARB’s exclusion of mountaintop removal mines from the list of eligible projects, but said the inclusion of active mines presented serious environmental concerns.

The ARB staff proposed that the board accept CAR’s coal mine methane project protocol versions 1.0 and 1.1 for early action credits from projects that achieved verified GHG emission reductions between January 1, 2005 and December 31, 2014. But the Verified Carbon Standard’s (VCS) abandoned coal mines protocol, which quantifies the emissions reductions generated by capturing and destroying methane from abandoned or decommissioned coal mines, will not be eligible as a source of early action credits under the proposed protocol. Bede attributed the exclusion to the fact that the VCS protocol is based on a Clean Development Mechanism protocol that credits the displacement of fossil fuels in electricity generation.

“We can’t be crediting displaced carbon dioxide per the regulation,” she said.

But several stakeholders pushed back against the blanket exclusion of mine methane project types developed under the VCS protocol. In response, Mayeur said the ARB staff would take the issue of whether they could consider including VCS projects as potential early action credits under consideration.

The VCS protocol formed the basis for the sections on abandoned and surface mines featured in ARB’s draft MMC protocol, but agency staffers were concerned about the provision of the VCS protocol that allows projects to request credits for fossil fuel displacement. However, market participants have alerted ARB officials to the fact that the majority of the coal mine methane projects developed under the VCS protocol do not use that provision and are urging the agency to allow these VCS projects to provide credits as long as they do not receive any credits from displacement activities. ARB staffers have been receptive to this argument and appear willing to make a potential change prior to the protocol being officially adopted in October.

Including coal mine methane credits developed under the VCS protocol is critical in addressing the expected offset supply shortages in California’s cap-and-trade program, stakeholders say. These VCS projects could provide 1.6 million tonnes, as opposed to the less than 300,000 tonnes eligible from CAR’s early action protocols.

“It’s important in a market that’s very short that these offsets be included,” he said.

News emerged during the meeting that the VCS is now officially approved as an Early Action Offset Program (EAOP) by the ARB, joining CAR and the American Carbon Registry (ACR) in being allowed to transition eligible existing offset credits under approved voluntary methodologies to ARB offset credits. Unlike CAR and ACR, however, the VCS has not yet been designated an Offset Project Registry, which would allow it to oversee the registration and issuance of registry offset credits developed using the ARB’s compliance protocols and transition those credits into the cap-and-trade program.

The impact of the VCS approval as an EAOP is limited because they are not yet able to list projects under the ARB’s compliance protocols. Companies are not developing early action projects anymore, but rather focusing on transitioning those credits and submitting new projects for compliance under the ARB protocols rather than using the previous protocols. But it is seen as a positive development in terms of recognizing the role the VCS could play in California’s program and diversifying away from CAR to other registries.

A VCS spokesman said it would be premature for the organization to comment on the exclusion because it is still very early in the process. “However, we are excited to see ARB move forward and take concrete steps to address mine methane,” he said. “We have developed a close relationship with ARB, and look forward to continuing to work in concert to ensure that any protocols adopted will be as effective as possible.”

This story was updated 21 August 2013 11:58 GMT to include quotes from Harold Buchanan.