More and more indigenous groups are contemplating the use of REDD credits, but a small coalition of NGOs have headed to California this week to argue for leaving the mechanism out of the state’s new carbon-reduction program.  Steve Schwartzman of EDF says the board needs a weigh all sides before making its decison. 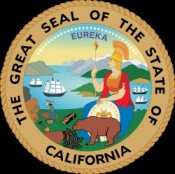 More and more indigenous groups are contemplating the use of REDD credits to combat deforestation, but a small coalition of NGOs have headed to California this week to argue for leaving the mechanism out of the state’s new carbon-reduction program.   Steve Schwartzman of EDF says the board needs a weigh all sides before making its decison.

This article was originally published on the Environmental Defense Fund’s website. Click here to read the original.


17 October 2012 | This week, some U.S. NGOs are bringing a group of indigenous people from South America to talk with California policy makers about their opposition to REDD+, the idea that countries, states and communities that reduce carbon emissions from tropical deforestation should be eligible for compensation through carbon markets and public funds.

Some NGOs have argued that REDD+ threatens indigenous land rights, that governments and NGOs are inducing indigenous communities to sign carbon contracts, that REDD+ will only benefit rich industrial polluters.

Earlier this year in the Amazon state of Acre, the Catholic Church missionary/indigenous rights organization, CIMI, made these arguments in an affidavit it sent to the Federal Prosecutors’ office, asking for the prosecutor to take legal action against the state System of Incentives for Environmental Services (SISA), under which Acre is formulating its REDD+ program.

Most of Acre’s indigenous peoples, however, do not agree with CIMI, as evidenced by this letter that leaders of the indigenous movement in the state sent to CIMI in response.

Indigenous leaders were dismayed to hear CIMI claimed that they were being manipulated into accepting carbon projects by the government and international NGOs, and pointed out that no one was forcing the indigenous organizations to do anything.

To the contrary, they noted that they are in the process of informing themselves and their communities so they can decide whether they want to participate in REDD+. The letter makes an interesting contrast between the pros and cons:

“Both those in favor of and those against REDD must be serious and ethical in conveying correct information and establishing continued dialogue. Those in favor of REDD should not promote it as something that can resolve all the problems of our communities; those against it should not terrorize our peoples using western capitalism as a backdrop and creating a climate of distrust and fear based in suppositions and untruths.”

The indigenous peoples’ caucus (including COICA) made this statement to the UNFCCC conference in Durban this year, covering a wide variety of issues including REDD+.

There are some 385 indigenous peoples, speaking about 300 languages, living in 2,344 territories that cover about 2.1 million km2 – an area four times the size of California – in the Amazon, as well as some 71 isolated groups. These peoples have maintained their distinct cultures and identities for thousands of years in the face of enormous, often violent, pressures – their difference unites them. Even the level of awareness of the idea of REDD+ varies enormously amongst them.

The NGOs and indigenous peoples visiting California this week offer one set of perspectives on REDD+, but their views should be considered in the context of the spectrum of indigenous organizations currently engaged on these issues, many of whom view REDD+ quite differently.

The views are those of the CONTRIBUTOR and not necessarily those of Ecosystem Marketplace, Forest Trends, or its affiliates.