California legislators say they just want to make sure voluntary carbon offsets purchased by individuals deliver the promised benefits, but one of two bills on the table has offset providers nervous. It not only dictates the types of projects that can be sold, but also mandates an array of non-carbon benefits. Will this keep v-carbon clean – or kill it? The Ecosystem Marketplace weighs the issues. 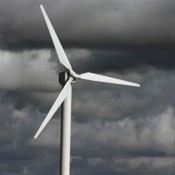 California legislators say they just want to make sure voluntary carbon offsets purchased by individuals deliver the promised benefits, but one of two bills on the table has offset providers nervous. It not only dictates the types of projects that can be sold, but also mandates an array of non-carbon benefits. Will this keep v-carbon clean – or kill it? The Ecosystem Marketplace weighs the issues.

31 May 2008 | Two bills aimed at tightening standards on marketing voluntary carbon offsets to retail buyers have passed one of two California legislative bodies and moved to the opposite body.

One bill focuses on truth-in-advertising, while the other goes so far as to dictate the types of projects that can be sold as voluntary offsets in the state’s retail market – raising concerns among carbon offset retailers that regulators could end up stifling the experimental nature of voluntary offsets by encroaching on turf now in the realm of independent standard-setting bodies and verifiers.

One of the bills, AB 1851, passed the California Assembly by a vote of 47-32 on Wednesday, and was described by its sponsor as the first in the nation that would create a uniform standard for companies that market and sell carbon offsets.

The other bill passed the California Senate by a vote of 31-7 one day earlier, mandating “truth in advertising standards” for claims associated with carbon credits or offsets. That bill, SB 1762, was sponsored by the powerful state Senate President pro Tem, Don Perata (D-Oakland).

“They have a lot of momentum behind them right now, and this happened really quickly,” said Roger Williams, San Francisco-based vice president of portfolio development for Salt Lake City-based carbon offset retailer Blue Source and chair of a carbon offsets provider coalition which he said includes 10 companies focused on high-quality projects.

“There are a lot of groups that are quickly coming together to react to this,” he added following a conference call with representatives of the renewable energy industry, airlines and conservations groups, among others, on Friday.

“In many respects it seems like the language around this legislation has been put together in a somewhat hasty fashion, with broad implications that are frankly somewhat troubling,” Williams said.

Assemblyman Pedro Nava, the Santa Barbara Democrat who sponsored the Assembly bill, said it was intended to certify that carbon offsets at the retail level in California meet clear standards, consistent protocols and have a recognizable stamp of approval from an authorized authority.

“My legislation will protect the public and ensure that greenhouse gas emission reductions are achieved,” Nava said. “We must have confidence when we purchase a carbon offset that the company selling it is legitimate and has met clear and consistent standards.”

The legislation will require that companies who sell voluntary carbon offsets to the public are actually investing the proceeds from those sales in projects that reduce greenhouse gas emissions – a requirement already enshrined in more than 20 voluntary standards that buyers of credits can choose from.

Williams said the carbon offsets industry agrees that there should be safeguards against misleading information on the offset market, but added that the bills as they are currently written could hamper the voluntary market in unintended ways.

“This does not acknowledge there are within the voluntary market existing registry and standards that are gaining significant prominence that are already set up to give safeguards to the marketplace,” he said, adding that a California approval process would duplicate what is already in place.

Indeed, the proliferation of standards – and the market’s growing acceptance of some and rejection of others – was a core theme of Forging a Frontier: State of the Voluntary Carbon Markets 2008, published jointly by the Ecosystem Marketplace and New Carbon Finance in early May.

The Assembly bill acknowledges the existence of numerous public and private entities that now create and certify offset projects, but states these diverse entities may apply different standards to projects with inconsistent results, causing confusion for customers.

The legislation echoes existing standards by defining greenhouse gas reduction projects as reducing emissions or increasing sequestration in real, measurable and verifiable ways. Language was added during assembly consideration of the bill that lists project types that qualify for crediting as including forestry-based projects, methane capture and stationary combustion reduction of emissions.

“I think this probably is precedent-setting,” said Margret J. Kim, senior advisor on international climate change and China program director for the California Air Resources Board in Sacramento.

Williams pointed to specific requirements in Perata’s bill that credit or emission reduction does not cause “adverse environmental impacts, including impacts on species, habitat, ecosystems, land use, biodiversity, air quality, water supply and quality, access to food or and production of food.”

“That’s just an impossible requirement that is put in there that a project developer would have to prove that that’s not the case in any project,” he said, adding that in practice it would be “unworkable and will essentially stymie this market.”

Under the new law, sellers of offsets would be required to disclose specified information in marketing materials for the offsets, and beginning January 1, 2011, they would be required to register the offsets with an air resources board-accredited registry. Violation of the law carries a $10,000 civil penalty, and the board is also authorized to impose administrative penalties.

“People want to know that when they buy pollution credits they’re actually cleaning up the environment,” Perata said. “This legislation provides standards so consumers know the purchase of offsets is actually going toward the reduction of greenhouse gas emissions.”

In the next three years, the worldwide supply of retail voluntary emission reductions is expected to increase to 400 million metric tons, he said, adding that it is imperative that California create a certification system at an early stage in the greenhouse gas emission reduction process so that problems can be avoided as the retail market for carbon offsets grows.

State of the Voluntary Carbon Markets 2008 estimates the size of the global voluntary carbon market at $331 million in 2007, but voluntary offset sales are on top of the worldwide supply of offsets used for compliance purposes, which the World Bank’s State and Trends of the Carbon Market 2008 pegs at $64 billion in 2007.

Phil Burgert is a writer and editor based in Oak Park, Ill. He can be reached at [email protected].

Who Regulates Retail Offsets?
Forging a Frontier: the State of Voluntary Carbon Markets 2008
State and Trends of the Carbon Market 2008
Climate Change and Forestry: a REDD Primer