In the last two weeks, private companies have executed the first carbon transaction under California’s landmark climate change program and the state itself reaffirmed its commitment to  cap-and-trade. On the long road to 2013, what do this – and other – new developments mean for market players? 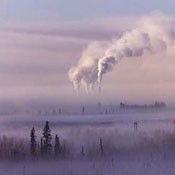 In the last two weeks, private companies have executed the first carbon transaction under California’s landmark climate change program and the state itself reaffirmed its commitment to   cap-and-trade. On the long road to 2013, what do this – and other – new developments mean for market players?

29 August 2011 | The dog days of August have been good to California’s carbon markets, with Vitol and Enserco Energy Inc executing the first transaction under the California Greenhouse Gas Cap-and-Trade Program and the Green Exchange gearing up to begin trading futures on California Carbon Allowances (CCA) in September.

But the big news came last week, when the California Air Resources Board (ARB) officially re-approved its 2008 AB 32 Scoping Plan based on new analysis of its environmental impact – putting California back on track to implement compliance carbon trading from January 1, 2013.

The approval, aired publically at a Wednesday hearing, came after the Board’s consideration of a whopping 109 public comments on the environmental analysis.

One noteworthy development that emerged from the hearing was the ARB consideration of three American Carbon Registry (ACR) offset protocols, now under review for potential adoption under the compliance program – good news for those who want to see an increased number of eligible projects types.

But other contentious questions were left largely unanswered – such as the invalidation of issued offset credits and buyer liability under the program.

Several market stakeholders – including the International Emissions Trading Association (IETA) and the CarbonNeutral Company – have been vocal about their disagreement with the buyer liability provisions in the cap-and-trade rules.

On the long road to an actual start date, what does this latest increment of progress signal for market players? We weighed in with stakeholders to find out what recent developments could mean for market momentum and maneuvering.

I Wish They all Could be California Offsets

At the Board meeting, ARB confirmed rumors that the Climate Action Reserve (CAR) may soon share more than just an acronym with ACR credits. Three ACR protocols were highlighted and are now being recommended to the Board for review: ACR-approved protocols for Conversion of Pneumatic Controllers and N2O Reductions from Changes in Fertilizer Management , and Emission Reductions in Rice Management Systems – currently in the ACR approval process for publication this fall.

ARB has been working with ACR for months to review many different protocols – seeking to increase offset supply while providing the opportunity for agriculture sector participation. And according to ACR Director of Marketing Mary Grady, the rice and fertilizer management protocols would do just that.

Grady believes that the appeal of the fertilizer management protocol lies in its flexibility and broad applicability across Western Climate Initiative jurisdictions.

“California produces over 400 specialty crops, so a protocol like ACR’s fertilizer management protocol, which is flexible in addressing multiple practice changes as well as its applicability for virtually any crop, is really well suited in particular to California growers,” Grady told Ecosystem Marketplace.

The protocol is applicable throughout the United States, and internationally in places where the model’s been calibrated for certain crop varieties – including provinces in Canada.

ACR hopes that these agricultural protocols – along with the pneumatic controllers protocol, which opens up a new emissions sector for the Cali offset program – will help to accelerate emissions reduction activities and to bring increased offset volume to the California market.

ACR has seen its fair share of developments lately – from its recognition in July as an approved standard under the International Carbon Reduction and Offset Alliance (ICROA), its approval of international protocols and now the review of its protocols by ARB.

Although this most recent news alone might not heavily influence prices, taken as a whole these ACR developments could have a significant impact – but only time will tell.

“I think there is the potential for this to make offsets more expensive, but I also see how it could have the opposite effect depending on how the market responds,” Gary Gero, President of the Reserve, told Ecosystem Marketplace. “I don’t think we’ll know the real impact until the cap-and-trade program has been operating for a few years.”

Ahead of last Wednesday’s Board meeting, IETA submitted comments on behalf of its 160-company membership regarding ARB rules revisions – and voiced some major concerns.

At issue is ARB’s ability to invalidate offsets, placing liability on those holding or using offset credits to meet their compliance obligation – a provision that IETA warns “is not a workable approach to addressing post-issuance problems with offsets.”

“We can think of no case in equity for a situation where a unit of value certified by a Government, and accepted in settlement of an obligation, is then completely repudiated by that Government retrospectively, making it valueless from the first moment it was used,” said Henry Derwent, IETA CEO.

The recent Board meeting did little to quell IETA’s concerns.

“If anything they made the circumstances even more restrictive, in the sense that there’s no way to plan for it if you’re a buyer or a seller,” said Ravage. “It is going to increase the costs paid by residents and restrict trade with a benefit that’s hard to conceive.”

Both IETA and ACR see fault in ARB’s assumption that insurance products will be available to sufficiently cover invalidation risk. Furthermore, ACR supports shortening the statute of limitations from the current five years – which they consider too long a horizon for insurance underwriters, particularly in a new market.

“We hope that there will be potentially a number of different types of mechanisms that can help deal with the risk,” said Grady. “But we believe that it makes more sense for the seller to stand behind the offsets.”

CarbonNeutral Company’s Jem Porcaro also sounded off on the issue in a recent blog post, lamenting, “For the sake of Californian businesses, rate payers, offset project developers and the rest of the carbon market, I sincerely hope CARB learns from Europe’s past mistakes and finally does away with its buyer liability provision.”

Porcaro refers to the track record of temporary and long-term Certified Emissions Reductions (tCERs and lCERs) for afforestation and reforestation (A/R) projects under the Clean Development Mechanism (CDM). These credits are subject to cancellation, with the onus for replacing them put on the buyer of the credits – much like ARB’s approach.

Unfortunately, these credits – prohibited for use by compliance entities under the EU ETS – have turned out to be unpopular and subject to significant price uncertainty. Porcaro believes this is something the ARB cannot afford in its own program, particularly when the provision applies across its entire offset supply.

But will this uncertainty affect California credit prices in the short term?

“It already has,” commented Ravage. “As this provision gets more intractable, the market has been affected.”

For now, it looks as though California’s landmark cap-and-trade program is set to move forward – though not unimpeded.

The same plaintiffs who in 2009 sued the ARB over their failure to sufficiently consider alternative options to cap-and-trade argued in Wednesday’s hearing that the revised analysis is still inadequate. According to UCLA law professor Cara Horowitz, the matter would “most assuredly” see its day in court again.

It remains unclear what impact the ARB decision will have on legal proceedings. Earlier this year Judge Ernest Goldsmith told the state of California to cease implementation of the cap-and-trade program until it met California Environmental Quality Act (CEQA) requirements – though ARB appealed and won a temporary stay of the order. Judge Goldsmith will either need to sign off on the newly expanded environmental analysis, or ARB will have to prevail on its appeal.

Nevertheless, ARB’s approval of the regulations could bode well for both the future of US emissions trading and for market players.

“If environmental markets as a policy mechanism for achieving our climate change goals had been rejected here in California, I don’t think we would have seen the idea return anywhere for many years,” said Gero.

“It’s good to see that the Board is keeping its commitment to cap-and-trade,” remarked Ravage. “IETA applauds their work”

Maud Warner is an Intern with the Ecosystem Marketplace’s Carbon Program. She can be reached at [email protected].