We can buy carbon-neutral soap at green retailers like Body Shop and carbon-neutral electricity through green providers like AEP, but can we live carbon-neutral lives?  The answer is, yes we can – and it’s easier than ever.  Here’s a look at some of the products and processes that make it so. 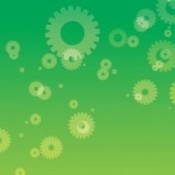 16 February 2012 | Remember when “carbon neutrality” was the next big thing?   When we were all hearing how we’d soon be able to offset everything from our summer vacations to our electric blenders?   Alas, boom turned to bust as it became apparent that people rarely have any idea what their carbon emissions are, let alone how to offset them – and, in times of economic crisis, they often don’t care.

Those who do care have to jump through hoops to get the job done: they have to inventory their activities, calculate the amount of CO2 released, and then create an account through an offset provider who facilitates the purchasing of offsets. In the face of so much complexity, it is not surprising that consumers are dissuaded from offsetting.

Thankfully, a number of companies are coming up with innovative products and methods to communicate carbon footprint awareness to consumers, make the purchasing process easier and more pain-free, and, in some cases, even cover the cost of purchasing the offsets.

The restaurant industry carries a very heavy carbon footprint, which includes an often complex food manufacture supply chain, packaging and transport, cooking, and disposal – none of which you can really call part of the dining experience.     Some restaurants, however, are posting the carbon emissions of the different food options right there on the menu.

Australia-based vegetarian restaurant chain Otarian claims to be the first restaurant chain in the world to offer cradle-to-grave carbon footprinting for every item on the menu item – something they phased in gradually with support from carbon and sustainability consultancies Sustain and Eat England.

In 2010, the group expanded into New York and London – and brought its transparency with it.   To incentivize environmentally-friendly ordering, Otarian customers can receive “carbon karma credits” which can be used to earn free menu items.

“You can expect more of this in the restaurant industry as more and more people (and restaurants) are showing concern about the carbon footprint of food,” says Dr. Jean-Yves Cherrault, of Sustain.

Swedish restaurant group Max Burger might not be vegetarian, but they began posting the carbon footprints of their food in May 2008.   In 2010, they began offsetting their entire footprint by paying to plant trees in Africa.

“This initiative lends power to our customers as it gives them the opportunity to choose meals not only from taste or health but also from climate impact,” says group president Richard Bergfors.   “By carbon offsetting through tree plantation, we will constantly be reminded of the expenses of tree planting and thus continue to work towards zero climate impact.”

The International Air Cargo Association says that aviation generates between 3.5% and   4.9% of global greenhouse gas emissions. In the United States, where no emission regulations exist for air travel, consumers are sometimes given the option to offset, but often choose not to. Virgin Atlantic was one of many to notice this problem and one of the first to act. It now gives its customers the option to purchase offsets   in the air, on the premise that   experiencing the process of emitting carbon emissions plus the disassociation of the charge with the cost of the plane ticket will encourage some reluctant air travelers to offset their air travel.

A neat device that will take the legwork out of calculating travel emissions is the ecorio carbon calculator, an app made by Canadian developers that will eventually be built into Google Android phones. According to the ecorio website, the app will allow the user to track carbon footprint from road transportation, create carbon footprint scenarios of different breakdowns between car and public transportation, and offset emissions easily through the touch of a button. Unfortunately this neat gadget is not yet available, and we have no news on when we might be able to use a first generation version. With such a cool concept, we hope that we will see this out there on our smartphones soon.

Better yet, at the end of each year Corner Bank purchases and retires the offsets needed to achieve carbon neutrality for a year’s worth of purchases. How do they afford it? According to Corner Bank, the offsets are paid for with the average of 1% of the budget typically reserved for marketing and credit card incentives (e.g. “points” or travel rewards).

“For the first time, you get a sense of the connection between your daily spending and your carbon footprint,” says South Pole CEO Renat Heuberger. “And you don’t have to create a profile and log in anywhere to participate.”

Convincing people to voluntarily offset their activities will likely be an uphill battle for a very long time. However, there are some optimistic signs that with time, offsetting will become more mainstream amongst consumers.

First of all, at the awareness phase, it appears that more companies and organizations are partnering with offsets retailers in order to spark awareness in consumers. An interesting case is the 2012 London Olympics, where the London Organizing Committee of the Olympic and Paralympics Games (LOCOG) will pay for the offsets for any patron who simply elects to have his or her emissions offset. LOCOG believes that requiring the guest to do the minimum amount of work involved to offset promotes a “behavior change,” toward continued offsetting.

As for other ways to make individual offsetting easy, and part of a normal routine, what if cars had built-in carbon tickers (placed right on the dashboard, so it could catch your eye each time you checked to see how much gas is left in the tank), which drivers could reset easily by purchasing offsets with their smartphones? What if TripIt could automatically calculate the carbon associated with all your modes of transportation and hotel stays, and arrange for you to offset all those emissions at the click of a button?