The three carbon registries supporting the Voluntary Carbon Standard’s "meta-registry" have begun listing Voluntary Carbon Units, but they aren’t yet communicating with each other as planned. 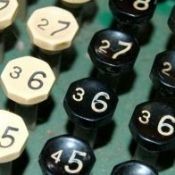 The three carbon registries supporting the Voluntary Carbon Standard’s “meta-registry” have begun listing Voluntary Carbon Units, but they aren’t yet communicating with each other as planned.

17 March 2009The Voluntary Carbon Standard (VCS) Association has soft-launched a global network of registries for keeping track of Voluntary Carbon Units (VCUs), but users will not be able to transfer credits between registries until later this month or early April.

Once the link is complete, the three separate registries will be kept in synch via UN-designed messaging protocols (a fourth registry pulled out). The three registries (APX, TZ1, and Caisse des Depots) launched their individual platforms on Tuesday, March 17.

From Ecosystem Marketplace: VCS Opens Can of Registries. Detailed analysis of the transfer mechanism.

From Environmental LeaderCarbon Registry Caught in Fits and Starts. Coverage of Tuesday launch.