Brazil’s amended forest code was partially vetoed last week in Brasilia, but that doesn’t mean it’s dead.  By only partially vetoing the bill, President Rousseff leaves the door open for a return after the much-ballyhooed Rio+20 Conference at the end of June. 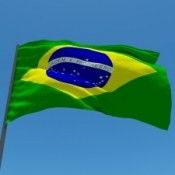 May 30 2012 | |Brazilian President Dilma Rousseff won accolades last week for her partial vetoes of the country’s new Cí³digo Florestal (Forest Code), a controversial update to a law that for decades restricted the amount of privately-owned rainforest that can be cleared for development.forest code The veto, however, may simply send the bill into limbo until after the upcoming United Nations Conference on Sustainable Development (Rio+20), which takes place in Rio de Janeiro, Brazil, from June 20 to 22 and marks the 20th anniversary of the 1992 Earth Summit that launched UN conventions on climate change, desertification, and biodiversity.

Now that it’s been vetoed, the bill will be sent back to the agribusiness dominated legislature for another round of alterations. It will first pass to the Chamber of Deputies, which is heavily influenced by large-scale landowners called, “ruralistas.” Any changes can be made to the bill while in the Chamber. It will then head to the Senate next and then back to the Chamber before finally making its way back to Rousseff. The provisional measures were published on May 28 which means the government has 120 days from then to refashion the code before it is signed into law.

If the president had chosen a full veto, the process would have ended rather than re-started. “The damage has been done,” Anthony Anderson, a forest and climate specialist working with the World Wildlife Fund in Brazil, said. “The best outcome would be the law is maintained as Rousseff decreed it.”

Rousseff vetoed 12 provisions of the new and much more complex code including the controversial and unpopular rule that allowed amnesty to illegal deforestation before 2008. Rousseff did modify the rule to lessen the conservation requirements for small farmers in her Executive Order on Monday. Reduction of forest cover on land, which decreased from 80% to 50% under the new code, was vetoed, as well as clearing forests in PPAs.

“One of the things that was so surprising was how absent the government was during the whole debate in the House” said Anderson. The executive branch in Brazil has considerable influence over Congress, which is why Anderson believes we might have seen a different outcome had Rousseff been more present during deliberations.

“There is some expectation that now the executive will be more active in defending its version of the law” Anderson said of when the bill goes back to the Chamber. But while Rousseff does have support in the legislature, the ruralistas are a powerful group currently feeling their strength.

The Brazilian public has been massively opposed to the new code, initiating a wide-spread international campaign of demonstrations through social media.

Calling the Chamber’s forest code unconstitutional, Valle and other environmental activists plan to take the new code to the Supreme Court. But Valle doesn’t expect a positive outcome anytime soon, estimating the process will take years.

Anderson also isn’t expecting a positive outcome. If the executive and legislative branches of Brazil’s government support the bill, Anderson doesn’t think it likely the Supreme Court will rule against them.

Because of enforcement of Brazil’s environmentally progressive code, Brazil has become a leader in emissions reduction in the developing world in the last decade. Since the 2009 Copenhagen climate conference, Brazil has reduced about one billion tons of carbon dioxide below its 1996-2006 baseline. But majority of Brazilians and environmentalists believe the new forest code will set the country back in deforestation reduction and possibly prevent Brazil from accomplishing their goal of reducing emissions by 36-39% by 2020. Many policy makers and scientists support a new forest code that is properly balanced between preserving the rainforest and increasing agricultural growth.

This story was updated on June 5 to include quotes from Anthony Anderson.

If Brazil Guts its Forest Code, Will it Kill the Rural Economy?