Yesterday, the Brazilian senate passed a reform on the national forestry law and not everyone is happy about the change.  However, many of Brazil’s states are developing their own strategies on reducing deforestation and implementing REDD.  Now they are looking to the national government to support them and develop a national level REDD program. 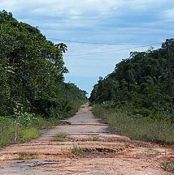 Yesterday, the Brazilian senate passed a reform on the national forestry law and not everyone is happy about the change.   However, many of Brazil’s states are developing their own strategies on reducing deforestation and implementing REDD.   Now they are looking to the national government to support them and develop a national level REDD program.

7 December 2011 | Durban | On Tuesday, with a vote of 59 to 8, the Brazilian Senate passed a reform of the famed forestry law.   The congress passed this reform in June with a 410 to 63 vote; now it is up the president what will happen next.

At a press conference in Durban, Marina Silva, the former Environment Minister of Brazil, asked that the president veto the law.   “The law that was passed yesterday in the Senate reduces the protection of forests,” she said.   The president, she said, pledged that she would veto any law that increased deforestation or gave amnesty to those who deforested.

The change in the law would most likely make it impossible for Brazil, the world’s 6th largest emitter, to meet its goals and international emission reduction commitments.

Silva also worries how this could influence other countries decisions on climate change.   “Brazil has a very important role in this COP,” she says.   “It is important to maintain a proactive role in relation to the second Kyoto period.”

Now Brazil must wait and see the decision of the president on this new forest code.

However, that doesn’t erase the work that states have done in an effort to combat deforestation.   Last week in Durban, representatives from a number of organizations gave updates on the latest from Brazil.

“What we’ve seen is the sub-national activities/state-level activities are able to provide vital leaderships and guidance on how to tackle REDD on the ground as national/international programs develop the larger structures,” says Tracy Johns, the International Policy Lead for IPAM.

Osvaldo Stella, the Director of Climate Change for IPAM seconds that; he thinks that a national plan must be made up of the state plans because the federal government will rely on the state governments to implement programs on the ground.

What is going on in the States?

There is no shortage of plans to avoid deforestation in the Amazon states.   Many indigenous groups are making progress as well, developing projects under the voluntary carbon system.

One of the most prominent examples is the Surui Carbon Project.   In a side event on November 30, those involved in the project provided an update.

As opposed to a standalone project, the Surui Carbon Project is one aspect of the Surui’s 50-year plan.   The ultimate motivation, similar to other indigenous projects, is to protect their culture and help their people; the protection of the forest and the reduction in emissions is just a by-product of this goal.

“For the Surui, REDD and carbon finance is a means to an end,” says Jacob Olander, the Director of the Katoomba Incubator.   The project has become an example of how indigenous projects can be done on the ground—even though there are still risks for the various groups involved.

And the government is taking notice of what is happening with the Surui.   “While we’ve been discussing the construction of a national strategy in Brazil, we have been considering the indigenous lands as a very important player in terms of defending the forests and defending the lands,” says Natalie Unterstell, the REDD+ Focal Point at the Ministry of Environment.   “The policies that Brazil is trying to put into place should be aligned with the projects, the ideas, the whole concepts of the indigenous peoples.”

The Surui, though, are not the only ones making progress when it comes to implementing strategies to reduce deforestation rates.

Currently, 5 of the Amazon states are a part of the Governor’s Climate and Forest’s Task Force (GCF).   While national plans are still developing, the goal of the GCF is to connect these states and the others in the partnership with market and non-market finance.   In a sense, the goal is to connect the demand and supply side of forest carbon.

And the Brazilian states are working to provide supply.   In Durban, Mariana Pavan, the GCF Coordinator for Brazil, provided an update on the state-level activities of the 5 GCF-member states.

In 2007, Amazonas became the first state to have a climate change policy, the State Policy on Climate Change.   Though it discussed REDD, the focus was the protected areas because of the difficulties around the tenure system.   In 2008, the Juma Project became the first REDD validated project in the state, validated through the CCB standards.   Now, the state is discussing what a future REDD+ system would look like and developing a State Environmental Policy to complement the current climate change policy by covering a broad range of environmental services and all tenure activities.

Beyond the Surui project, the state of Acre approved the System for Incentives of Environmental Services in November 2010.   With this institutional program, the state is now developing social and environmental standards as well as working the Forest Trends’ Communities program to develop a subprogram to compensate the indigenous peoples in the state for their stewardship of over 2.4 million hectares of indigenous lands.

In Amapa, though they do not have legislation, the state government—led by a new environmentally-focused governor—is performing activities to contribute towards reducing deforestation.   For example, there is a partnership with IPAM and the state is doing a forest inventory related to REDD using very advanced methods.   In addition, they are building a capacity building system that relates to the new cabinet in place.

Mato Grosso, the state with the highest historical deforestation rates, is currently undergoing consultation regarding the state policy on climate change and a possible REDD system.   The state has a number of very advanced REDD projects developed through organizations, institutions and local governments.

The state of Para is focusing on implementing a plan for prevention and control of deforestation.   Currently, an indigenous REDD project is under development and in discussions with the state government.

With these developments occurring throughout the country, the GCF sees itself as a forum for the country.   A goal for the upcoming year, according to Pavan, is to launch a knowledge database for these REDD developments as well as to work on developing a common sub-national strategy framework that allows for the differences between states.

Though many of the states are making progress on reducing emissions, their enthusiasm was not always evident, according to Stella.   “When this issue of REDD started being discussed in Brazil…most of the states in the Amazon used to say ‘well this is an issue for Mato Grosso.   It does not interest us,’” he says.   “But in reality, if Mato Grosso has a huge success in reducing their deforestation, we could promote a huge leakage from deforestation to other states.   In this sense, we must involve all the states in the program for reducing deforestation.”

Now, as states move forward, the lack of a national system is causing problems around accounting and monitoring.   “REDD+ must be supported by effective and permanent forest legislation,” says Stella.

This national strategy, according to Monica De Los Rios of Acre’s Institute of Climate Change, should be socially, economically and environmentally sustainable.   “We need to see REDD+ as an instrument to implement other policies,” says De Los Rios.

Pavan says that though the state policies follow different forms, there were many commonalities that can be integrated into a national strategy.   “This strategy should be constructed and discussed with the society as a whole, both civil society, indigenous peoples, traditional communities and state,” says Pavan.   “It should be very wide but at the same time, the GCF can act as a forum and contribute to these discussions considering we have 5 of the Amazon states sitting at the same table discussing issues that are approached in the National strategy.”

To develop this national REDD+ program, the benefits must be clear from the get-go.   “The benefits of REDD+ should include both the emission reduction and the payment for forest conservation,” says Stella.   These payments must go towards those protecting the forest to respect their rights.

With states leading the example, the national government may make progress on reducing deforestation—though the recent law change will cause some hurdles.

What is Wrong With Brazil?
Will Brazil Change its Forest CodeÃ¢â‚¬â€and Kill the Amazon?