Despite the lack of a global agreement on how to slow climate change, BNP Paribas’s Commodity Derivatives business has signed a deal with Wildlife Works Carbon LLC in which BNP Paribas will provide up to US$50 million to save trees and reduce greenhouse emissions from deforestation and forest degradation (REDD). 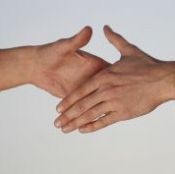 21 September 2010 | LONDON | BNP Paribas Corporate & Investment Banking (BNP Paribas) has announced an agreement between its Commodity Derivatives business and Wildlife Works Carbon LLC, in which BNP Paribas will provide up to US$50 million in finance to combat tropical deforestation and climate change.

The bank’s Carbon Finance business and Wildlife Works will develop a portfolio of large scale Reduced Emissions from Deforestation and Degradation (REDD) carbon projects in Africa. BNP Paribas will have the option to purchase avoided emission credits created from the portfolio.

The facility provides funding for Wildlife Works’ efforts to source, develop, implement and manage REDD projects in Africa. With BNP Paribas’ backing, Wildlife Works now has the financial resources to support its efforts to protect endangered forests in the region and reinforces its ability to manage large-scale preservation projects.

In addition BNP Paribas has the right to purchase 1.25 million tonnes of avoided emissions credits over the next five years from Wildlife Works’ Kasigau Corridor REDD project in Kenya. This project is East Africa’s first avoided deforestation project to receive validation under the Climate Community and Biodiversity Alliance standards, and is designed to bring substantial benefits to local communities in education and job creation, while protecting biodiversity at the same time.

“We intend to develop a portfolio of valuable REDD+ projects, known as much for an uncompromising approach to biodiversity protection and community development as for strong financial returns,” said Mike Korchinsky, Founder and President of Wildlife Works. “Through this agreement, African communities will benefit financially while safeguarding their environment for future generations.”

Christian de Valle, Director, Environmental Markets in Commodity Derivatives at BNP Paribas, said: “We believe that REDD+ projects will have an important role in efforts to mitigate climate change as well as in the post-2012 carbon markets. We are very pleased to form a partnership with Wildlife Works and view the agreement as an important milestone in managing forest carbon.”