Biodiversity offsetting has helped promote conservation of endangered species on land, but can the same ideas be applied to the sea? Ameer Abdulla lays out a process for developing marine-based biodiversity offsets. 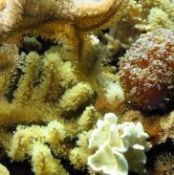 Part Six, Marine Biodiversity Offsets, examines existing that provide an economic incentive to preserve natural habitat for endangered species on land, and provides a guide for adapting these schemes to the ocean.

Biodiversity offsetting has helped promote conservation of endangered species on land, but can the same ideas be applied to the sea? Ameer Abdulla lays out a process fordeveloping marine-based biodiversity offsets.

Sixth in a Series

February 2010 | We humans are naturally drawn to the sea. Those of us who don’t live along it have probably gone there for vacation, while more and more of us earn our livelihoods drilling for oil off the coast or erecting massive wind and wave farms to capture energy for our ever-expanding population.

Then, of course, there are the fishermen who comb the sea for ever-dwindling supplies of food.

All of these activities put pressure on marine and coastal ecosystems, which must be more efficiently managed if the abundant life of the sea is to survive. Biodiversity offsetting has proven to be a valuable tool for preserving endangered species of animal on land, and the same concept can be applied to the sea.

Biodiversity offsetting presents a new and important opportunity for the private sector and society to work together to conserve and manage biodiversity while engaging in sustainable development. Offsets are defined as “measurable conservation outcomes that are the result of activities designed to compensate for significant and unavoidable impacts on biodiversity”. Contrary to popular opinion, biodiversity offsets do not give developers the right to run roughshod over fragile ecosystems in exchange for cash, but are seen as a last resort to be utilized only in certain circumstances.

Indeed, the process of developing biodiversity offsets is only initiated once realistic efforts and action have been undertaken to avoid, reduce, and manage the impacts associated with development. As such, it is based on the “avoid, minimize, offset” hierarchy established under the United Nations Convention of Biological Diversity. The ultimate objective of the process is to achieve no net loss of species community structure, habitat integrity, ecosystem functioning, and the associated social values due to unpreventable impacts associated with project development (construction and operation).

A conceptual framework and methodology exists for compensatory mitigation, ie using a levy on fisheries bycatch to fund conservation actions, but true offset design and methodology for project impacts on marine and coastal biodiversity is in the early stages.

Before we can design biodiversity offsets, we have to clearly define our objectives. This means identifying a reference point for biodiversity within the local context of the project development.

The reference point comes from an intact, healthy marine ecosystem that provides a benchmark against which other locations can be compared. In this case, these “other locations” will be the site that is being negatively impacted and the site that we plan to rescue or restore in order to generate offsets. If the development and associated impacts have not begun, then a survey of the major attributes of the different habitats is undertaken. This assessment includes a prori identification of major habitats such as mangrove systems, seagrass meadows, and coral reefs.

The attributes of the habitats (in the development or proxy site) are then evaluated and scored based on their current condition and integrity. Attributes are critical characteristics of the habitat that maintain ecological function and food web integrity.

In coral reefs, for instance, the high abundance and cover of hard coral species are vital for accretion and growth of the reef, which provides shelter, food, and reproductive areas for a multitude of other species. Such an attribute can be used as a sign of a healthy or “high-quality” coral reef.

Another attribute, abundance of reef herbivores, is also vital to the quality of coral reef as this guild of species maintain the growth of algae at a level that will reduce competition with coral (recruitment and growth). Some attributes have greater importance than others and are therefore given a higher weighting. The characteristics of marine habitats vary widely, so it’s important to sample multiple sites per habitat per location — despite the fact that rapid field survey methods are used to score these attributes. Furthermore, by standardising the sampling units, observer variability is reduced.

In this stage, it’s especially important that your team have relevant field and scientific expertise so they can best identify the main habitat attributes, design the sampling, and score the attributes in the field. Finally, scores are compiled for each habitat at the development location (pre-impact or proxy) and are compared to those in other locations that have been selected as potential offsets.

Designing an offset entails understanding which of the habitats at the development location have been impacted, and whether that impact is partial, significant or total, then quantifying this per unit area (square meter or square kilometre, for example) while weighting its “biodiversity significance” with a score.

For instance, land areas under formal legal or management schemes may best contribute to reducing threats to marine environments from future land-based activities such as pollution or coastal fishing. This is especially successful if adjacent marine waters are included in the legal framework as managed or “no-take” zone.

Areas with high marine biodiversity values such as coral reefs may be particularly advantageous, as they can potentially harbour a higher concentration of species, threatened or otherwise, than adjacent marine areas without significant structurally complex habitat. Finally some areas may be politically easier or cheaper to designate and manage compared to other areas and may represent a more pragmatic and guaranteed biodiversity gain than other more controversial or costly sites.

The Future of Marine Biodiversity Offsets

Biodiversity Offsetting is one emerging multidisciplinary tool that has the potential to enhance corporate environmental responsibility in a multitude of different settings where human and biodiversity values may conflict. These settings are critical pressure points where science-based conservation planning may be able to affect maximum change and ultimately, greatly enhance conservation of biodiversity within the context of unavoidable impact.

However, Offsets are currently a voluntary mechanism and one that is not readily available to many practitioners. Often, project development and construction is rapid and will not wait for what may be perceived as “lengthy or unnecessary biodiversity studies”.

This is complicated in marine offsets due to the inherent logistical difficulty in accessing and studying marine systems such as deep water or pelagic habitats, coral reefs, and seagrass meadows. Undertaking evaluations in such habitats increases the time necessary to evaluate or score biodiversity and consequently the costs associated (expertise, equipment, etc.).

The partnership aims to show, through a portfolio of pilot projects in a range of industry sectors, that biodiversity offsets can help achieve significantly more, better and more cost-effective conservation outcomes than normally occurs in infrastructure development.

The future of better implementation of Offset Design theory lies in understanding how field-derived metrics play into larger landscape-scale measures and analyses.

Furthermore, as the discipline of spatial conservation planning evolves rapidly, the associated modelling tools are more able to deal with the spatially sophisticated and complex cost/benefit scenarios and situations of uncertainty that are characteristic of offset design.

These tools will be able to integrate rapid site assessments and field information to provide multiple solutions for offset sites or compensation areas. The spatial optimisation tools are also capable of canvassing multiple and cumulative impacts of one or a series of development projects with the potential to developing biodiversity offset “banking”.

Most significantly, developing computer visualization tools for decision makers is now possible, which can simplify developing offsets in complex projects and streamline biodiversity offsetting within Environmental Impact Assments and the under resourced management authorities that are typically engaged with impact assessment and mitigation.

Ameer Abdulla is Senior Specialist and Group Leader, Marine Biodiversity and Conservation Science, at the
IUCN Global Marine Program. He can be reached at [email protected]