Ten years ago, Swiss psychologist Bertrand Piccard vowed to fly around the world in a solar-powered airplane – not just to do it, but to show that it could be done, and to inspire others to seek new solutions to the climate challenge. Last year he succeeded, and now he plans to find and help fund 1000 climate-change solutions. 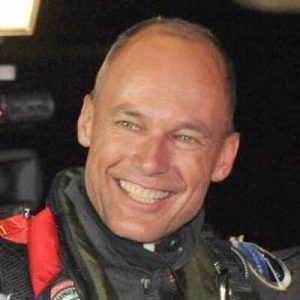 23 June 2017 | Bertrand Piccard is a third-generation explorer whose ancestors have set records for altitude, depth, and speed – and always with a purpose.

His grandfather, Auguste, floated into the stratosphere in 1931 to measure cosmic rays. His father, Jacques, went the other direction, exploring the deepest parts of the ocean. And Bertrand and his business partner, André Borschberg, spent the last decade financing, developing, and flying the first solar-powered airplane around the world.

They finished the journey eleven months ago, on July 26, 2016, when the Solar Impulse 2 touched down in Abu Dhabi. But this wasn’t just an adventure. It was a mission to show that we can meet the climate challenge if we put our minds to it, and now Piccard’s Solar Impulse Foundation has launched the World Alliance for Efficient Solutions, which aims to identify and catalogue 1,000 profitable climate-change solutions and then match them with regions, governments, and – most critically – private-sector investors.

Piccard, a psychologist by training, stresses that he’s only looking for solutions that make money.

“If it’s not profitable – if it needs subsidies – you’ll have resistance from some parties,” he says. “There are a lot of common sense solutions that have not made their way to investors.”

If he’s right, then his role will be that of match-maker.

“On one side, you have trillions [of dollars] ready to be invested, but people don’t know where to invest,” he said in a recent episode of the Bionic Planet podcast. “On the other side, you have a lot of individuals, start-ups, universities, or big companies who have products, processes, systems solutions, clean technologies that can help to protect the environment. If implemented, they would also create jobs, they would make profit, they would sustain growth.”

For now, the alliance resides on the foundation’s website, at http://alliance.solarimpulse.com/, and Piccard is inviting anyone who has an interest in promoting climate-change solutions to apply and says roughly 200 groups have applied so far. The alliance will host its first official meeting at year-end climate talks in Bonn, Germany, and Piccard aims to present the 1,000 solutions to governments and media at next year’s talks in the former coal and steel center of Katowice, Poland.

This article is adapted in part from episode 16 of the Bionic Planet podcast, which features an in-depth, annotated interview with Dr Piccard. Bionic Planet is available at Bionic-Planet.com, as well as on iTunes, TuneIn, Stitcher, and pretty much anywhere you access podcasts. You can also listen on this device here:

Open to All Projects

Piccard says he’s looking to explore all solutions, including those that promote sustainable land use.

“The solutions don’t need to be completely new and revolutionary,” he adds. “They can be solutions people have used for 50 years but people don’t know about them.”

He points out that lightweight materials – rather than new solar technology – made his flight possible, and says he believes similar simple solutions will soon emerge to other challenges.

“Usually…you hear that the solution is solar energy, wind energy, hydroelectricity, biomass, and maybe geothermic,” he says. “But then people stop; they don’t understand that the goal is not to produce more energy, even if it’s clean. The goal is to reduce the waste of energy.”

The key, he adds, is matching the right solution to the right challenge.

“You’re not going to speak of insulation of buildings in Tanzania,” he says. “In Tanzania, the importance will be storage of solar energy…and we have a company that can produce ceramics with industrial waste that can hold hot water and steam…to drive turbines at night.”