Cash-strapped governments around the world are experimenting with market-based schemes to preserve nature by recognizing its economic value.  In June, Hanoi will host the 17th Katoomba Meeting to explore the role that ecosystem markets can play in Southeast Asia.

First in a Series 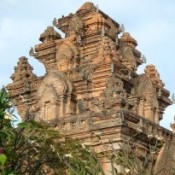 Cash-strapped governments around the world are experimenting with market-based schemes to preserve nature by recognizing its economic value.   In June, Hanoi will host the 17th Katoomba Meeting to explore the role that ecosystem markets can play in Southeast Asia.

19 April, 2010 | In his younger days, Vietnamese farmer Hoang Van Thang made a name for himself hunting birds.   Now in his 60s, he’s protecting the birds and their habitat.

“We need to preserve wildlife for the next generation,” he told the author of a report on the web site of the Hanoi National University of Education’s Mangrove Ecosystem Research Centre.

So he and roughly 30 other volunteers spend much of their time patrolling small patches of mangrove forest near his village in Nam Dinh Province, about 150 kilometers south of Hanoi, removing illegal snares and keeping an eye out for tree-cutters.   Their actions seem to be having an impact.

“Our team hasn’t seen any cases of bird snaring for a long time,” he says.   “And local people don’t cut down the mangroves anymore.”

But the areas they patrol are just a tiny part of a 7100-hectare natural park, the bulk of which is manned by an understaffed team of park rangers.   Funding for those rangers and the larger scheme within which they operate comes from charitable donations and taxes.

These funds pale in comparison to the needs of farmers, ranchers, and crabbers – all of whom inadvertently put tremendous stress on the mangrove forests, many of which still haven’t recovered from the Vietnam War.

Nature and commerce have been at odds for centuries, with nature clearly getting the worst of it – especially in the developed world.   The dynamic has accelerated in the last half-century, and in the developing world as well, where subsistence farmers often must choose between feeding their families and preserving fragile ecosystems.

But the apparent conflict between commerce and nature is a false one, because in the long run commerce is not opposed to nature.   In fact, commerce depends on nature, because everything we buy, sell, eat, and produce is ultimately derived from nature – and not always in the most obvious way.   Mangroves, for example, provide shelter for vulnerable fish and breeding ground for shrimp.   They also shield the coast from slow erosion and sudden storms; they extract impurities from water and pull carbon dioxide from the atmosphere, depositing it in the ocean floor – thus helping to reduce the greenhouse effect and slow climate change.

Each of these groups has a vested interest in the health of the mangroves that Thang is voluntarily protecting.   They should, in theory, be the ones paying the most to guard the mangroves that deliver the so-called “ecosystem services” upon which their livelihoods depend.

“Payments for Ecosystem Services” (PES) schemes begin with the premise that ecosystems are worth more alive than dead, but they work in several different ways.

Some begin by identifying the economic value of the services provided by living ecosystems and then persuading those who benefit the most to pay for its upkeep.

Others work by determining the amount of pollution that an ecosystem can handle and then auctioning off permits that emitters can then buy and sell among themselves.   This are generally not called PES, but instead referred to as “cap-and-trade”.

Either way, the goal is to promote the most efficient use of valuable resources by letting government establish the rules and leaving the market to find the best way to proceed within that framework.

You can buy an apple, in other words, and you can buy an orange – but you can’t buy the clean air you generate by saving a mangrove tree.   What’s more, if you grow an apple or an orange in a way that dumps insecticides into water, you spread that cost among scores of people who might not even be aware of it.

Pollution is called an “externality”, because its cost is not borne by the person who creates the pollution, but rather by society at large.   Society – in the form of government – has responded by passing laws against pollution and the wanton destruction of nature.

Such laws work quite well in many cases, but they can often be overly restrictive.   They also create little incentive to find new and innovative solutions, and are often expensive to supervise.

PES schemes offer a new tool that is designed to encourage larger-scale and longer-term preservation of living ecosystems by incorporating the economic value of nature’s services into our economy.   Rather than simply banning certain practices, PES schemes aim to calculate the cost of environmental degradation and incorporate it into the cost of production.   This way, someone who runs a clean apple orchard that doesn’t muddy nearby streams will pay less for his externalities than someone whose orchard dumps pesticides and other chemicals into local water.

In a straight PES scheme, you begin by figuring out who should pay, who should receive, and how the payments are measured.   Mangrove guardians like Thang, for example, might be able to earn a commission from fishers if they can prove that their activities increase the number of healthy fish in surrounding waters.   They could also earn commissions from tour boat operators, because mangroves often support the coral reefs that attract tourists and divers.   Easiest of all: they can collect carbon payments from industrialists who want to reduce their “carbon footprint” by paying men like Thang to help them capture a percentage of their industrial emissions in trees.

The ecosystem services of a mangrove forest can, therefore, be broken into specific “products”: namely, the protection of species (which are a sign of an overall environmental resiliency), the shielding of coastal areas, the filtration of water, and the sequestration of carbon, among others.

In this example, the carbon payments would come from a cap-and-trade scheme such as the ones outlined in the Kyoto Protocol’s “flexibility mechanisms”.   Climate-change negotiators are now working on a successor to the Kyoto Protocol, and current proposals make it possible for factories to offset their industrial emissions by preserving or restoring a patch of rainforest, thus capturing carbon in trees.

The most advanced cap-and-trade program to date, however, has nothing to do with carbon.   Instead, it has to do with sulfur dioxide, which is the leading cause of acid rain.

The United States launched its Acid Rain Program (http://en.wikipedia.org/wiki/Acid_Rain_Program) in the 1990s with a cap on sulfur dioxide emissions.   A “cap” is the overall amount of pollution allowed into a system, and the government issues allowances based on that cap.   Companies that emit sulfur dioxide receive some allowances for free and have to buy others.   Then the government begins lowering the cap, and companies that reduce their emissions faster than the cap drops can earn a profit by selling their allowances, while companies that are slow to reduce emissions have to pay more for them.   This creates an incentive to reduce emissions in the most efficient way possible, and emissions of sulfur dioxide in the United States are now more than 65% lower than they were in the mid 1970s.

Cap-and-trade can also be applied to wetlands, biodiversity, and water – where it’s called “mitigation banking” and “water quality trading” (WQT).

Pioneered in the United States, mitigation banking draws its strength from two laws: the Clean Water Act (CWA) and the Endangered Species Act (ESA), each of which contains provisions that, in a nutshell, say that anyone who damages the habitat of an endangered species or dredges or fills certain kinds of wetland has to make sure he does so in a way that results in no net loss of habitat or wetland.

The law makes it clear that companies have to first look for ways to prevent damage to the environment.   If, however, they can prove that their project is worthwhile and that some environmental damage is unavoidable, they can proceed – provided they restore wetland and/or habitat of equal or greater environmental value than what’s destroyed.

This has led to the proactive restoration of degraded wetland and habitat across the United States as so-called “mitigation bankers” restore marginal farmland to its natural state in the hopes of selling credits to people building roads and houses nearby.   In some cases, it’s resulted in healthier habitat than existed before the construction took place, and the model could be tweaked for use across Asia.

Likewise, WQT schemes work by determining how much pollution a body of water can handle, and then letting farms and factories trade among themselves to encourage the most efficient way to reduce runoff into lakes, rivers, and streams.

A Tool in the Belt

None of these schemes is a panacea, and many are still in the early phases of development, but each has the potential to become a valuable tool in the effort to build a sustainable economy for tomorrow.

Their implementation, however, requires a re-thinking of the role of government, the role of the private sector, and the role of civil society.   Just as we need to abandon the idea that commerce and environmentalism are in opposition to each other, we also need to recognize that all sectors of society have common goals.

A sustainable economy is one that incorporates all of society’s goals and values – in part by recognizing all of the costs of production.

This will lead to more men like Thang working to preserve nature’s services for future generations – and not as volunteers, but as providers of an ecosystem service.

Steve Zwick is Managing Editor of the Ecosystem Marketplace.   He can be reached at SZwick@ecosystemmarketplace.com.