Images of oil-drenched Mayflower, Arkansas have been front-page news all week, but the real environmental damage – and economic cost – is being incurred 1500 miles to the north, where the impact of tar sands operations on water supplies is only now coming into focus. It’s time to identify the true cost of tar sands extraction. 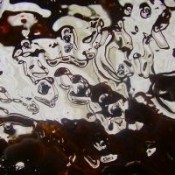 Images of oil-drenched Mayflower, Arkansas have been front-page news all week, but the real environmental damage – and economic cost – is being incurred 1500 miles to the north, where the impact of tar sands operations on water supplies is only now coming into focus. It’s time to identify the true cost of tar sands extraction.

4 April 2013 | ExxonMobil says it will clean up the streets and lawns of Mayflower, Arkansas after a pipe spewed 12,000 barrels of thick bitumen over the middle-class Little Rock suburb. The Arkansas Attorney General’s office is investigating the cause of the spill. Claims could include the profits lost by local businesses as well as damages to groundwater.

But the environmental damage in Arkansas may be nothing compared to what’s brewing in Alberta, where sludge-filled tailing ponds cover 20 square miles around the Athabasca oil sands project – a by-product of the extraction process that uses scalding-hot water to separate the oil from the sand. In January, researchers from Queen’s University in Ontario found high levels of carcinogens and mutagens in lakes there, with levels of polycyclic aromatic hydrocarbons (PAHs) rising more than 2000% since bitumen extraction began in the 1960s.

A recently released document from Natural Resources Canada found that groundwater in Alberta has been contaminated by tar sands waste. The study was designed to identify naturally occurring substances from mining related contaminants – research that is woefully scarce. Without research, there’s no data, and without data, there’s no way to really identify and fix the problem, let alone estimate the costs of doing so.

According to a 2009 study by the Argonne National Laboratory, producing one barrel of tar sands oil takes four times more water than it does to produce conventional oil.     It’s well known that producing oil from tar sands means a significant increase in carbon emissions. But the impact on water supply, which isn’t as clearly defined, could prove to be equally damaging.

And the economic costs could be staggering. Just look at the cost of cleaning up past oil spills, like the one that energy company Enbridge was responsible for three years ago. The company’s Lakehead pipeline burst, spilling 840,000 gallons of tar sands oil into Michigan’s Kalamazoo River Watershed. The cleanup has cost nearly $1 billion so far, but more than 200 acres of river remains contaminated. The pipe was carrying raw tar sands crude which is 50 to 70 times thicker than conventional crude. It’s heavier than water, causing it to sink in rivers and mix with sediments, according to Anthony Swift, an attorney in the NRDC (National Resource Defense Council) International Program.

The Yellowstone River, as well, was polluted with crude in 2011 after an Exxon Mobil pipeline ruptured near Billings, Montana. The spill poured roughly 42,000 gallons into the water creating a 25-mile plume. While tar sands crude wasn’t spilled in the rupture, the pipeline routinely transported it. The cost of cleanup and repair was estimated at $135 million.

All of these incidents remind us again that man is a part of nature; that nature delivers ecosystem services that support our economy in ways most of us take for granted; and that we’d all benefit from factoring the value of these services and the true cost of their degradation into our economic decisions. Ecosystem markets can play a key role in helping us do that.

Wetlands, for example, aren’t just spillways that give water a place to go when the river bloats beyond its capacity. These bogs and swamps also capture carbon, filter water, and provide shelter for migrating birds, baby fish, and other aquatic animals. We’ve drained most of them over the past 150 years to make way for villages and farms – many of which are marginally productive and costly to maintain.

That cost, however, is often hidden – or passed on to people downstream – while the benefits are tangible and easy to identify. We won’t really know the economic value of extracting bitumen from tar sands until we calculate the impact on groundwater and surrounding communities.