A prominent anti-logging activist was murdered along with his wife in Brazil on Tuesday, just hours before the country’s Chamber of Deputies overwhelmingly voted to let farmers destroy more of the Amazon. 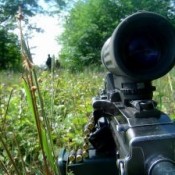 25 May 2011 | A prominent anti-logging activist was murdered along with his wife in Brazil on Tuesday, just hours before the country’s Chamber of Deputies overwhelmingly voted to let farmers destroy more of the Amazon.

The 410-63 vote defangs the 75-year-old C³digo Florestal (Forest Code), which has long required that farmers who own a piece of the Amazon preserve 80% of the land they own and farm only on the remainder. The new bill exempts small-scale farmers from the Forest Code and opens environmentally sensitive patches of land – such as hilltops, slopes, and watersides – to cultivation. It also grants amnesty to small-scale farmers who violated the law before July, 2008.

The bill has not yet passed to the Senate, and Brazilian President Dilma Rousseff has vowed to veto it if the amnesty provision remains, but that hasn’t stopped farmers from preemptively chopping and burning forested portions of their property, leading to a sixfold surge in deforestation, with the greatest increase coming in Mato Grosso.

Death of an Activist

Also on Tuesday, anti-logging activist Jos Claudio Ribeiro “Ze Claudio” da Silva was gunned down along with his wife, Maria do Esp­rito Santo da Silva, in rural Para inside the Praialta-Piranheira, a nature reserve where they had spent the last two decades as rubber-tappers.

First passed in 1934 and strengthened intermittently thereafter, the Forest Code is considered one of the world’s most progressive forest policies. Supporters of the Forest Code say it has played a major role in the rapid deceleration of deforestation rates in the Amazon over the last decade.

Before surging this past year, deforestation rates had fallen dramatically in Brazil. From a ten-year high of 2.7 million hectares in 2004, the rate dropped to 0.70 million hectares by 2009.

In a letter in the July 16, 2010, issue of Science, six Brazilian scientists wrote that the new rules “will benefit sectors that depend on expanding frontiers by clear-cutting forests and savannas and will reduce mandatory restoration of native vegetation illegally cleared since 1965.”

The scientists warn that CO2 emissions “may increase substantially”, and as many as 100,000 species might be put at risk of extinction if the proposal becomes law. “Under the new Forest Act,” the scientists said, “Brazil risks suffering its worst environmental setback in half a century, with critical and irreversible consequences beyond its borders.”

Opponents of the Forest Code

Behind the current proposal for Forest Code reform is an unlikely but imposing alliance: leftist politicians like Communist Party federal deputy Aldo Rebelo, who led the bill through committee last year, and the traditionally conservative ruralista coalition, which has close ties to traditional agriculture.

In 1988, the New Constitution bolstered federal and state environmental agencies, enabling them to put the law in the field – and to give some effectiveness to the law.

But it is more recent measures strengthening the Forest Code that had proven to be very effective. And it is these same measures that have galvanized its opponents.

“In 2008, new policies were put in place to strengthen the Forest Code,” explains Raul Silva Telles do Valle, Assistant Coordinator of the Policy and Law Program at Instituto Socioambiental. “For example, the government limited state bank credits to farmers who didn’t respect the Code in the Amazon. Second, there was a change in a decree and for the first time since 1965, landowners who didn’t have the legal reserve could be fined.”

The new bill will change Brazil’s forest, conservation, and land-use policies in many significant ways. For one thing, there would be a reduction in hectares for mandated legal reserves in privately owned land in the Amazon, Atlantic Forest and Cerrado (mixed-Savanna type) biomes. In addition, larger areas could be designated for small landholdings, which are subject to less stringent conservation requirements.

Under the current Forest Code, APPs include riverbanks, steep slopes and hill tops. The proposed reforms, however, would move APP jurisdiction from the federal to the state level, effectively allowing states to cut them in half.

Other changes include expanded public interest definitions that allow for land utilization; reduced areas of conserved riparian buffer zones; increased states’ prerogatives in protected areas policies; and a retroactive amnesty for deforestation that is linked to eliminating restoration directives.

In the Atlantic Forest, a small landholding with minimal conservation requirements consists of about 30 hectares. Under the proposed reforms, this would be increased to approximately 80 hectares. The legal reserve requirement for forested areas would decline from 80 to 50 percent in the Amazon and from 35 to 20 percent in the Cerrado. Spurred on by these changes, many landowners might also re-demarcate or re-divide their land in order to fall under the small landholder provisions. The amnesty and riparian buffer changes would also have a major impact.

“Worst of all, from my point of view, are the amnesty provisions to farmers that haven’t respected the protected areas inside their lands,” do Valle says. “Under the current Forest Code, someone that doesn’t have the legal reserve or the fragile areas protected has the obligation to restore them, even if he wasn’t the one who cut the forest.  In the reform proposal, they can be exempted from this obligation.

He adds that if amnesty is approved, respect for the law will continue to deteriorate. “Everybody will know that if they broke the law, there will be another amnesty some day forgiving all the irregularities,” he says.

For more details on the Forest Code, please visit “Will Brazil Change its Forest Code – and Kill the Amazon?”, from which parts of this article have been excerpted.