Although it doesn’t use the word “markets”, Article 6 of the Paris Climate Agreement authorizes international carbon trading by making it clear that countries can transfer carbon offsets internationally to deepen their emission reductions. This could be a boon to African countries, but only if done right. 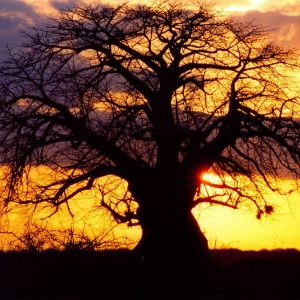 This story was first published by the International Emissions Trading Association (IETA) as part of its Insights Series. Click here to read the original.

18 March 2019 | The African Union’s Agenda 2063 eloquently articulates the  shared desires and aspirations for a sustainable and prosperous continent. Prosperity is elaborated, among others, as an environment with ecosystems that are healthy and preserved, with climate resilient economies and communities. The means to achieve this kind of development lies in cooperation domestically, regionally and internationally. Article 6 of the Paris Agreement suggests this kind of cooperation as a means to promote sustainable development, among other benefits.

Although some African countries have experienced economic growth in the last few years, international investment has largely slowed in most countries. For this majority, the lack of economic growth has stagnated job creation, leading to large unemployment numbers. Further, access to sustainable energy remains a significant challenge. The energy predicament is elaborated in the World Energy Council’s 2018 Trilemma Report, which states that the sub-Saharan region continues to be greatly challenged in all three aspects of the energy trilemma – defined as energy security, energy equity, and environmental sustainability – due to large infrastructure gaps.

The existing stock of power infrastructure is also suffering from inefficiencies and insufficient quality of supply to support growing energy demand. Access to sustainable energy is key to unlocking investment and sustainable development on the continent. Through the cooperation already alluded to, Article 6 could play a pivotal role in this regard.

The WEC Trilemma report goes on to say that to unlock Africa’s resource potential and meet future energy demand, the region must take bold and more collaborative actions to attract investment by improving energy policies and the regulatory framework, building institutional capacity and improving its on-grid and off-grid energy supply. Linking carbon markets to sustainable development is just the kind of bold, collaborative thinking that is required to unlock this vast potential.

For example, an Article 6 approach could promote the development of solar microgrid projects between countries in the different African regions. If this approach includes an option for part ownership of the plant by a community and part ownership by the developers, this will increase the attractiveness for the community to contribute to their development (and contribute to the country’s NDC) while the developer receives a portion of the carbon credit benefit. This type of project also lends itself to increased job creation.

Further, the microgrid plant would be built according to thresholds that will withstand extreme climate events predicted for those areas, thereby reducing the vulnerability  of the community to events that could otherwise result in the loss of electricity and the knock on impacts of loss of income. In other words, such an initiative would be using an Article 6 approach to create climate resilient economies and communities.

There is a myriad of such projects, which include international cooperation and investment with clear sustainable development benefit that could be unlocked by a well-designed carbon market approach. Indeed, many African countries make reference to market mechanisms in their Paris Agreement contributions, in order to assist them in both the implementation of their NDCs and the sustainable transformation of their economies.

However, African countries are interested in Article 6 approaches and mechanisms if they function in a practical, inclusive and equitable manner. These criteria are enablers for the relevance of Article 6  in African countries especially given the experience with the CDM where African countries did not benefit as much as they could have had the design been more equitable.* The CDM, although ground- breaking with important lessons, simply did not suit all country contexts. African countries have minimal emissions which were not attractive for investors looking for large projects to generate significant carbon credits. The changes to the CDM offerings to include programmatic approaches and standardised baselines addressed this to some extent, but it could be argued they came too late in the game for Africa to benefit. The Article 6 approaches and mechanisms need to be accessible and meet real sustainable development needs to be beneficial to African countries.

The reality of current circumstances is that most African countries do not have the resources to develop new systems in the short term. Current systems and structures that support carbon market transactions are those that carbon market systems and infrastructure were developed for the CDM, so it stands to reason that the Article 6 requirements must look at using current architecture where relevant, albeit with tweaks and adjustments.

From a philosophical perspective, there must also be a balance between the requirements for the cooperative approaches outlined in Article 6, paragraph 2 and the mechanism paragraph 4. In reality, countries without the resources to implement their NDCs in the short to medium term are more likely to participate through the Article 6.4 mechanism. Placing more onerous requirements on 6.4 compared to 6.2 could compromise the turnaround time of activities linked to the former compared to the latter, leading to African countries again not being able to benefit from the carbon market compared to those countries with the means to implement 6.2 activities. Given that both 6.2 and 6.4 are serviced by the same (suppressed) demand, this is a genuine concern. This does not mean that both 6.2 and 6.4 must come with onerous requirements; rather it means that the design of both must be equally practical and implementable without compromising environmental integrity.

The aspiration of African countries is sustainable development underpinned, in many cases, by access to sustainable energy. The aspiration for Article 6 is for cooperation that will allow for higher ambition in mitigation and adaptation actions and to promote sustainable development and environmental integrity. The parallels are striking, but cannot be realised until the operationalisation of Article 6 is agreed to the satisfaction of all. This is a daunting ask but one to which African countries are working hard to make a positive contribution.

Mandy Rambharos is Climate Change and Sustainable Development Manager at Eskom and is writing in her personal capacity. The views expressed herein do not represent the views of Eskom Holdings, the Government of South Africa or the African Group of Negotiators to the UNFCCC.