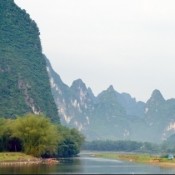 16 May 2013 | Beijing | China is the world’s largest investor in watershed protection, with nearly $7.5 billion spent in 2011 on restoring and safeguarding the country’s water supplies at their sources. That dwarfs activity in the rest of the world – for comparison, every other country combined spends a bit more than $700 million every year.

But unlike in other countries, virtually 100% of China’s investments come from the government.

In our recent State of Watershed Payments 2012 report, there is plenty of diversity in the way environmental incentives are used around the world to protect water.

But patterns also emerge: beverage companies from Tanzania to France have decided to look outside their gates to the larger watershed in order to address water risk. Agricultural producers from Minnesota to Kenya are compensating communities upstream for sending clean water their way. Hydropower operators everywhere see the logic behind watershed management to limit erosion and maintain flows in rivers. And just about everywhere you look, there’s an NGO mediating these deals, designing conservation plans, and monitoring outcomes.

But there are no good corollaries when it comes to the Chinese model of ‘eco-compensation’. In many respects, it’s uniquely Chinese. Financing and policy directives are much more coordinated at a national level, compared to the diffuse grassroots projects that are so common elsewhere on the planet. NGOs play a very small role at present. And as we mentioned, the only party that’s paying for restoration is the government.

That’s why Zhang Qingfeng’s presentation this morning was so intriguing.

Is there a role for the private sector in a traditionally public effort?

Zhang, Lead Water Resources Specialist with the ADB, took the stage to make the case for opportunities for public-private partnerships in China on eco-compensation projects.

Businesses, he said, are perhaps better positioned to play a role in eco-compensation in China than at any time in the past. Beverage companies or water utilities, for example, are natural buyers. And private-sector opportunities exist in providing market services and infrastructure as well. Traders could play important roles in nascent carbon cap-and-trade, water quality trading, and water rights trading markets, or forest exchanges. Sixteen environmental exchange centers are already active in Shanghai and Beijing, Zhang noted.

Meanwhile, the government could begin to “shift from buyer to enabler.” That means providing regulatory drivers, training and information, and mapping and setting priorities for environmental values – defining conservation goals on behalf of the public, but finding ways to encourage new players and new sources of finance to enter the market.

A groundbreaking effort to do just this is underway in the Chishui River watershed, where UNDP, WWF, and ADB are backing a new public-private financing mechanism.

They’ve gotten initial agreement from Moutai, a major liquor company, to pay into a new water fund that focuses on converting sloping agricultural lands to forests, “ecological farming,” and de-intensifying livestock production in the upper catchment. Payments will go to farmers and landholders, and are meant to cover the costs of the interventions and foregone income. Details of the fund are expected to be finalized in the next few months. Other contributors are also lined up – the GEF has committed $2 million to supporting the mechanism, and other liquor producers in the watershed are also being courted.

It sounds like a straightforward enough water fund, but this is a very new model in China.

And government even here remains in a sense the buyer. Moutai’s contributions go to the provincial government, which then channels the money into projects in the Chishui watershed.

“Could we more directly link the buyer and provider?” Zhang asked. In China, that’s still an open question.

In the meantime, these efforts have yielded some useful lessons. Public-private partnerships like the Chishui project will have a slow go of it until some institutional and policy questions are resolved. Zhang listed a few major challenges to private investments – and this is actually where China starts sounding like the rest of the world.

On the public front, No signs of slowing down

The government also will remain the key buyer, through a variety of mechanisms. Direct payments, compensation to households for creation of protected areas, compensation of less-developed regions for past and current environmental damage, an eco-compensation fund to protect watershed services, and other incentive-based direct payment mechanisms are all in the arsenal.

Genevieve Bennett is a research analyst at Ecosystem Marketplace. She can be reached at [email protected]

This is the sixth in a series of stories offering coverage leading up to and during Katoomba XVIII: Forest, Water and People to take place in Beijing, China, on May 16. The meeting will gather leading experts, practitioners, policymakers, and investors from China and abroad to advance nature-based solutions to the water crisis for an urbanizing world.