Before it got shot down by a North Carolina court, the US EPA’s Clean Air Interstate Rule (CAIR) was meant to expand its highly successful West Coast cap-and-trade market for SO2 allowances’ Two weeks ago, the EPA unveiled a replacement rule but one still hampered by the court decision ICAP analyst Gary Hart weighs in on the consequences. 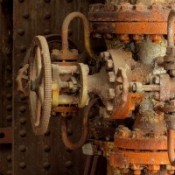 Before it got shot down by a North Carolina court, the US EPA’s Clean Air Interstate Rule (CAIR) was meant to expand its highly successful West Coast cap-and-trade market for SO2 allowances.  Two weeks ago, the EPA unveiled a replacement rule – but one still hampered by the court decision.  ICAP analyst Gary Hart weighs in on the consequences.

NOTE:  This interview originally appeared in the Environmental Markets Newsletter.  You can view it in its entirety here.

21 July 2010 | Gary Hart has been an analyst with ICAP Energy since 2006, and before that he served as manager of emissions trading with Southern Compay. With the US EPA’s replacement of the Clean Air Interstate Rule with the so-called “transport rule” or TR two weeks ago, Environmental Markets Newsletter editor Jim Kharouf spoke with him about what it means for emissions trading and utilities.

Q: The new EPA rules on air transport call for major reductions in SO2 and NOx from utilities. But why is it so bad for the SO2 and NOx markets?

A: EPA was handed a really daunting task, to try and respond to the court ruling that vacated CAIR. Because of the focus on air transport issues, that really bounded what they could do. Because that, trading suffered immensely.

Q: You used to be able to use banked allowances under CAIR, but now what will happen under the new EPA transport rule?

Q: Since you won’t be able to use the banked allowance under CAIR, what impact will that have on the current SO2 market?

A: Think of the glut there is for these. There are somewhere between 12 million to 14 million banked SO2 allowances. So people will be using as many of these as they can between 2010 and 2011.

That’s why I think this is so tragic, because the program has worked so well and accomplished so much at a low cost. But now it’s basically going away.

Q: What is the incentive now for utilities to trade amongst themselves?

A: I can’t find that incentive. With the exception of the northeast, all of the states in the South and Midwest are still cost-regulated. That’s where you have the AEPs, Amerens and the Dukes and Southerns all are. So anytime you sell an SO2 allowance, all the proceeds are immediately credit to fuel cost, and go to the customer. So why would I want to sell that thing? I’d almost want to keep it as insurance because it really doesn’t help me but to create a credit to fuel cost. The norm in these highly regulated states is that 100 percent of the sales or proceeds go back to customers as a credit to fuel cost. So for these utilities who put so much money to put controls on, why would they want to turn around and sell it?

Q: The EPA timeline is pretty tight – they are talking about reducing SO2 emissions by 71 percent from 2005 levels by 2014, and NOx emissions by 52 percent.

A: From breaking ground to bringing a scrubber online was about 48 months and an SCR (de-NOx scrubber) was about 36 months. With the way things are now and the demand, you’re talking about – craft workers, welders, specialty steel, cranes to do all the grid work – where is all this stuff going to come from? Unless you’ve already started, it’ll be physically impossible to get it finished by 2012 and the way the demand will be, I’m not sure you will really be able to get anything done by 2014. With these kind of deadlines, it’s really going to be pushing it.

Q: So this is almost a straight-up command and control structure from EPA?

A: It’s getting close to it. They tried to leave some trading in there, so you can trade around the edges. So once you get beyond 2012 and 2013, they put a 10 percent cap on the amount a state can exceed in any one year, and a 6 percent rolling average for three years. That’s the interstate trading part of it they are trying to put in but that’s just trading around the edges.

Okay, even if I am a utility, do I really want to put these things in play in the market? Now, when I look at the the Wall Street firms, and they’ve been burned and are about to take a huge write-offs on their book from Title IV allowances, are they really going to be willing to be burned again and buy these allowances?

A: It is. Carper, although its got low caps, you’ll still retain the banked allowances and bring those forward. Those allowances will be depleted relatively quickly but they will still be used and useful.

The utility sector is going to get regs one way or the other. I’m of the mindset that if you can retain value to your trading markets and help do a slower glide-path for rate payers, it might be a better deal. I think, if there is a Bingaman energy initiative, they’d like to attach it as an amendment.

Q: There’s talk that the upkeep on the scrubbers is more expensive than the value of the SO2 allowances, utilities under the new EPA rule may just start using up those SO2 and NOx allowances. Is that a real possibility?

A: Yep. Based on the prices you’re seeing, the variable cost of running a big SO2 scrubber, depending on the type of coal you are using could be anywhere from $100 per ton up to $190 per ton. With allowance prices at $5 now, economically how can you justify that? Now what is going to happen is that you’ll have a lot of pressure from state environmental regulators to keep those scrubbers running.

Big utilities and small utilities are discussing that right now. The smaller utilities, some of the regional co-ops may have a better chance of getting away with it. These guys look at their bottom line and not incurring the wrath of state environmental agencies, at least in 2010 and 2011.

Q: To finish this up, could this be the end of cap-and-trade for emissions in the US?

A: The answer is, yes, it very well could be. And that’s why it troubles me so. How can you concurrently have a dying domestic emissions trading market and think you can have a healthy and vibrant CO2 trading market? It just doesn’t seem to equate.
You’ve got people who have been burned, who jumped on board with trading and invested in the market. Now they’ve lost a lot of their holdings and you’re going to try and convince me that they need to be proactive in a future CO2 trading market? That’s going to be a hard sell.

Two of the big cornerstones of the Title IV program were incentive and flexibility. They said, “Here’s the cap. We’re going to give you an incentive to get under the cap. And we’re going to give you the option that’s best for you guys, whether that’s buying allowances, fuel switching from coal to gas, or putting on scrubbers.” A lot of those incentives and flexibility seem to be taken away in this new TR rule.

Jim Kharouf edits the Environmental Markets Newsletter, where this interview originally appeared.   He can be reached at jimkharouf (at) johnlothian.com.