The Amazon Working Group, which, represents roughly 600 social movement organizations across the Amazon Basin, has made a rare public denunciation of a recent anti-REDD campaign underway in California. The small group of NGOs who launched that campaign, the coalition says, simply haven’t done their homework 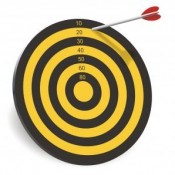 The Amazon Working Group, which, represents roughly 600 social movement organizations across the Amazon Basin, has made a rare public denunciation of a recent anti-REDD campaign underway in California. The small group of NGOs who launched that campaign, the coalition says, simply haven’t done their homework.

19 November 2012 |   A recent news report stated that indigenous peoples and Californian environmentalists meeting in San Francisco have spoken out against the possible use of REDD+ credits in the carbon market that is being developed in that state. According to the article, the complaint, with a strong ideological bias, presented the fear that the commercialization of these credits would be equivalent to the sale of the forest peoples’ natural resources, which is not true.

The Amazon Working Group (Grupo de Trabalho Amazí´nico, GTA) shares the concerns raised about the REDD+ mechanism and recognizes the challenges and risks that carbon markets can bring and is committed to the fight to guarantee the rights of forest peoples and communities, above all in regard to land rights and the use and access to forest resources.

To guarantee these rights, GTA participates in various national and international forums, contributing to the dialogue between the different stakeholders and demanding the inclusion of social and environmental safeguards which guarantee and protect the rights of forests peoples.

In the interest of forest peoples

However, GTA also recognizes that REDD+ can bring new opportunities and benefits for traditional peoples and populations, as well as forest conservation, ensuring income and keeping the forest standing.

One example of this is how the Suruí­ people in Rondí´nia have organized themselves to benefit from REDD+ resources in ways they have chosen, yet transparently, with monitoring by the National Indian Foundation (Funai).   With the opportunities that have opened to them, the Surui are planning the future of their community for years to come.

The Suruí­ REDD+ Project is directly linked to the 50 year integrated management plan developed by the Suruí­, whose territory extends over 248,000 hectares in the Brazilian Amazon.   To learn the details of the Surui Carbon Project, visit the REDD Observatory.

In Acre, the example comes from the State Government, which created the State System of Incentives for Ecosystem Services (SISA), in which the rights of indigenous peoples were not forgotten.   Created in 2010, SISA was openly debated for nine months, including specific consultations with indigenous leaders and local organizations.

Subsequently, the State Commission for Validation and Monitoring of SISA established the Working Group called Indigenous Working Group, with the mission to establish a dialogue between this system, indigenous communities and civil society.

Furthermore, during the public consultation process, workshops with representatives of 22 indigenous territories in Acre were held, with participation from GTA, COIAB, FUNAI, Comissí£o Prí³-índio, and other organizations.

Thus, the SISA has sought to guarantee the rights of indigenous and local communities, in line with the discussion on the topic within Brazil and with international agreements signed by the federal government.

The GTA network believes, first of all, that questions about REDD and the carbon market should not be an obstruction to the social development of traditional communities, but a means to build more just social policies aiming to benefit forest peoples.

Note: The views are those of the Amazon Working Group and not necessarily those of Ecosystem Marketplace, Forest Trends, or its affiliates.