Voluntary initiatives and integration were big topics of the biodiversity space in 2014. In the US, regulators and landowners grappled with new methods to protect dwindling species population in the face of encroaching development. Meanwhile, the international world continued to push for meaningful biodiversity conservation through a merging of agendas. 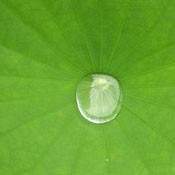 29 December 2014 | 2014 was a big year for species conservation. Although controversial, several new approaches to conservation were put into practice this year as the US Fish and Wildlife Service (FWS) made significant listing decisions under the Endangered Species Act. Plus, the voluntary initiatives to conserve endangered and at-risk species continues to evolve as does the debate over their effectiveness. Needless to say, 2014 was a busy year for FWS regulators, conservation bankers and western landowners and developers.

Choosing whether to list or not list the lesser prairie chicken was a big story of 2013 and continued to make headlines well into 2014. The bird’s habitat doubles as prime land for energy development meaning a threatened or endangered listing status would impact the multiple economic activities occurring in the area. The potential consequences of a listing decision spurred landowners and energy interests into action developing voluntary programs intended to conserve the prairie chicken and restore its population without a federal listing.

These programs, in turn, spurred controversy as environmentalists argued the conservation methods they used lacked the rigor of compliance. Several conservation bankers, in particular, came out against the plans claiming they undermined bank business while leaving the species in peril.

In the end, the bird’s rapidly declining population spoke for itself. In late March, the FWS listed the prairie chicken as threatened under the ESA albeit with some exceptions. Farmers, ranchers and other land-users who had voluntary conservation measures approved were exempt from ESA regulations.

Because of these new and somewhat unusual approaches, prairie chicken conservation has big implications for the future of species conservation and is an issue that will undoubtedly unfold more in 2015.

However, the prairie chicken wasn’t the only bird making headlines in 2014. The greater sage-grouse, hailing from the same family as the prairie chicken and containing many of the same problems, is a candidate species with dwindling and fragmented habitat in the western US. And like the prairie chicken, the possibility of an ESA listing had environmentalists, landowners and energy developers scrambling to protect it.

The environmental NGO, Environmental Defense Fund, has developed a habitat exchange for the sage grouse. And two of the 11 states the bird resides in have developed conservation plans. Also this year, the FWS presented its range-wide compensatory mitigation framework for the greater sage-grouse to guide the states in implementing meaningful conservation.

The Service must make a listing decision on the sage-grouse by September 30, 2015. But recently, Congress threw a wrench into the process. In its latest spending bill, representatives didn’t allocate any funds towards listing the bird.

But while this provision is seemingly bad news for the grouse, some environmentalists are viewing it with cautious optimism. They say it gives them time to demonstrate how well the voluntary initiatives, many of them already up and running, can work. The FWS also noted the spending bill provision doesn’t affect conservation plans at state and local levels.

Species conservation was also a big topic at this year’s National Mitigation and Ecosystem Banking Conference (NMEBC) that was set in Denver. Lesser prairie chicken and greater sage grouse conservation dominated an entire session with in-depth presentations on specific plans and cases.

The NMEBC was far more diverse this year than last and thus, much more engaging. It was wide-ranching in terms of discussing pertinent issues facing the industry today. The conference covered the ongoing debate between the government run habitat conservation plans and conservation banking as well as water rights for wetland banking in the US west. There was also a lot of focus on the Department of Interior’s new mitigation strategy and how that would affect banking.

Perhaps one of the biggest announcements to come out of this year’s conference was the possibility of a crediting system for unlisted species created by the FWS and administered at state level. The Service released a draft policy over the summer that began an open comment period that ran throughout the fall.

While feelings were somewhat mixed, some from the banking world took issue with another voluntary initiative. Wayne White, the President of the National Mitigation Banking Association (NMBA) argued because the program’s standards for conservation are lower, the cost to conserve is lower also which then doesn’t provide proper conservation for the species and undermines the true cost of mitigation.

But White, like others, sees potential in a program recognizing conservation credits for unlisted species. But it must be done right, says Timothy Male of Mission: Wildlife.

It’s definitely a topic to follow in 2015. Now that the public comment period is over, the FWS will look to incorporate those comments into the proposal as well as make other revisions before making it final.

On the international policy front, Spain’s new Environmental Assessment Act, passed late in 2013, has big implications for conservation banking. Early in the year, David ílvarez Garcí­a of the Spanish organization Mercados de Medio Ambiente, which focuses on market based biodiversity conservation solutions, discussed his take on the new rule.

A Year for Events

2014 was a big year for events. Peru’s hosting of the year-end climate talks spurred much talk on the state of biodiversity in the country. Peru is one of the most biologically diverse places on Earth.

And in June, the Business and Biodiversity Offsets Programme (BBOP) hosted the “To No Net Loss of Biodiversity and Beyond”summit at the London Zoo.

The event brought together professionals from a multitude of sectors that included energy, finance, nonprofit and government in an effort to demonstrate a no net loss of biodiversity-and a net gain even-in the face of development. The event was a big success and was livestreamed to accommodate all those expressing interest.

Two months before these climate talks, the UN’s Convention on Biological Diversity’s (CBD) 12th Conference of Parties (COP 12) took place in Pyeongchang, South Korea. The theme of this year’s conference was Biodiversity for Sustainable Development. A huge topic of discussion was ensuring integration of biodiversity into the UN’s post 2015 Sustainable Development Goals (SDGs). As negotiations over these goals restart next year in January, this is another issue to follow in 2015.

And like at the climate talks, cross-sector collaboration was brought up during sessions at COP 12. One such session, focused on finance, discussed the emerging links between sustainable forest management and biodiversity conservation.

A guidebook was also released this year that explores these synergies though it’s specifically looking at reducing emissions from deforestation and forest degradation (REDD). A Sourcebook: Biodiversity Monitoring for REDD+ offers a four-stage framework that begins by explaining the objectives of monitoring biodiversity for REDD+, then identifies specific indicators that can be used. After that, it progresses into implementation and communication to relevant audiences.

Other topics of 2014 surfaced as significant stories as well. The basic unawareness of biodiversity offsets-unless it’s under attack- among consumers is one. It’s a big problem, according to a researcher on the subject who says growth and regulatory support depends on public opinion.

Another issue needing to be addressed is the difference in cost between mitigation and the federal fine when failing to mitigate a development impact properly.

Most of these issues are unresolved or continuing to develop and will be making headlines in 2015.