In late January, the European Union unveiled a proposed two-pronged scheme for reducing greenhouse gas emissions once the Kyoto Protocol expires at the end of 2012. The scheme is designed to bring the world on board a post-Kyoto emission reduction regime, but participants say it will kill off many clean development projects in poor countries and raise the cost of reducing emissions in Europe. The Ecosystem Marketplace examines the impact of these latest proposals on the future of the CDM. 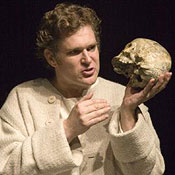 In late January, the European Union unveiled a proposed two-pronged scheme for reducing greenhouse gas emissions once the Kyoto Protocol expires at the end of 2012. The scheme is designed to bring the world on board a post-Kyoto emission reduction regime, but participants say it will kill off many clean development projects in poor countries and raise the cost of reducing emissions in Europe. The Ecosystem Marketplace examines the impact of these latest proposals on the future of the CDM.

4 February 2008 | “To be or not to be” – that is the question posed by Shakespeare’s Hamlet, and the Danish Prince’s sempiternal question lends itself well to the survival or extinction of the Kyoto Protocol’s Clean Development Mechanism (CDM), which, fittingly, may be determined at the 15th Conference of the Parties to the United Nations Framework Convention on Climate Change (COP 15) in Denmark at the end of 2009.

The CDM is the mechanism that companies in Kyoto-compliant countries use to offset emissions at home by spending money on clean development abroad. By all accounts, it is one of the Protocol’s most stunning successes, promoting the transfer of billions of euros in development funds from the European Union to the developing world, and offering European companies an opportunity to reduce emissions more cheaply than they could if they were limited to abatement programs within the EU.

But the EU’s latest attempt to bring the world on board for a post-Kyoto agreement leaves the future of the mechanism in serious doubt, say project developers.

So far, the only regional cap-and-trade scheme up and running for Kyoto compliance is the European Union Emissions Trading Scheme (EU ETS), but other schemes are in the works across the globe.

Coming out of COP 13 in Bali, Indonesia, the only question seemed to be how the mechanism can be expanded, although all topics under the CDM were placed in brackets, meaning they were set aside for future negotiations commencing in June before COP 14 takes place in Poland in December.

In January, however, the European Union threw down the gauntlet to the rest of the world with a challenge designed to create an incentive for a global emission reduction scheme.

In laying out its proposals for Phase III, the EU presented a conditional plan that depends on whether or not the rest of the world agrees to “comparable” binding targets by the time COP 15 rolls around at the end of 2009.

As for EU ETS, the EU Commission will gradually reduce the allowances it issues to a level 21% below the 2005 level by 2020 if the EU goes it alone, and to a level 31% below the 2005 level if there is a global regime in place. The reason for using 2005 instead of 1990 as the baseline for EU ETS is that 2005 was the year that legally-binding third-party verification on emissions was introduced.

Either way, the EU ETS will be expanded to include sectors currently not obligated to participate, while participants in some sectors – mostly the power sector – will have to buy their allowances at an auction, rather than receiving them for free.

In an effort to entice developed nations and major developing world emitters into signing up to “comparable emissions reductions,” the EU’s new proposal prevents CERs generated by clean development projects after 2012 from being sold into EU ETS if binding global reduction targets of 20% or more are not in place.

“Under the current regime, a total of 1.4 billion metric tons (of CO2) can be offset via the CDM between 2008 and 2012,” says Patrick Weber, who heads the environmental trading books at Dresdner Kleinwort Investment Bank in London. “The Commission is saying that if there is no global framework beyond 2012, then it will extend the limit of 1.4 billion metric tons through 2020 – essentially meaning no more CERs allowed, but you can bank the unused ones received in phase II and sell them for potentially more at a later stage.”

Adrian Lima, a researcher at the UNEP Risoe Centre on Energy, Climate and Sustainable Development (URC) in Denmark, says 2.1 billion CERs are already in the development pipeline and scheduled for delivery by 2012, but Weber points out that, paradoxically, the freezing out of new CERs after 2012 would actually drive prices of European Union Allowances (EUAs) up, despite the lower overall targets, because companies would lose the low-cost abatement option. Indeed, he says, many participants may choose to bank their CERs from Phase II and sell them in Phase III – leading to surge in prices for CDM projects already in the pipeline, but a drop-off for projects that won’t come due until later.

Another URC analyst, Joergen Fenhann, says 5.4 billion CERs are already in the pipeline for Phase III – and project developers say many of these are now in danger.

There is, of course, and upside: if a global scheme emerges to reduce emissions by 20% or more, the EU will allow post-2012 CERs to be sold into EU ETS – but only an amount equal to 50% of the difference between the 20% that the EU is volunteering already and whatever the global target is.

Ecosecurities policy analyst Miles Austin points out that even if the world agrees to a regime reducing emissions 30%, the EU’s proposal means CERs can cover just 17% of emission reductions after 2012 – a far cry from the 50% overall allowed in today.

Companies working on clean development projects from China to Brazil have praised the idea of an incentive, and welcome the fact that CERs are still a viable currency in the EU post-Kyoto system. A consensus is clearly emerging, however, that the limits placed on the use of CERs are just too tight – even if the most generous levels are reached.

“Strict limitations on the post-2012 CDM market will kill many emission reduction projects, because investment horizons for many CDM projects that are dependent on CER buyers are unclear now after this EU proposal,” says Sascha Lafeld, managing director of German carbon asset manager 3C Group, who adds that the current proposals also fly in the faced of the intent of Kyoto.

“The core idea of Kyoto is to promote emission reductions where it is cheapest, and these strict limitations on CERs are the opposite of that,” he says. “If the EU wants to get countries like China and India on board for a post-Kyoto agreement, it should definitely not limit the CDM market, but instead do the opposite. It should give evidence that emissions trading, and especially the CDM, are efficient market-based climate protection instruments.”

None of the project developers contacted by Ecosystem Marketplace have cancelled projects, but all say they’re scrambling to do the math on riskier projects that may or may not deliver.

Milo Sjardin, Head of New Carbon Finance North America, says the CDM is now dependent on significant take-up of CERs from emerging cap-and-trade markets such as those in Australia, Canada and the US. Without such take-up, he says, there will be a glut of CERs available at low cost, the result being little start-up in new international CDM projects.

The United States hosted a closed-door “Major Economies” meeting last week in Honolulu, attended by representatives of the Group of Eight industrialized nations as well as China, India, Australia, Brazil, Indonesia, Mexico, South Africa, South Korea, and the European Union. On the eve of the meeting, James Connaughton, Chairman of the White House’s Council for Environment Quality, stressed the importance of technology transfer and the need for tariff elimination.

The CDM, he admitted, is an “important useful way for assistance between countries” but, estimating the CDM’s value at only $3 billion last year, Connaughton is adamant that all “financing streams” need to be looked at to mobilize “private capital.”

The Americans’ proposed International Clean Energy Fund would be worth far more than the CDM, Connaughton stated – the implication being that the US may propose a completely new market scheme. If that happens, then the value of CERs as fungible instruments that can be sold into all schemes is in question, as is the value of starting new projects.

Felix von Geyer is a freelance sustainability journalist based in Montréal. He can be reached at: [email protected].