Lawsuits brought against the EPA, development of a US network of water quality trading programs and the formation of Ecosystem Marketplace’s new platform on water issues, Watershed Connect, are just a few of the noteworthy water stories that occurred in 2012. Here is a look at the highlights. 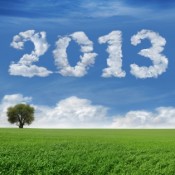 Lawsuits brought against the EPA, development of a US network of water quality trading programs and the formation of Ecosystem Marketplace’s new platform on water issues, Watershed Connect, are just a few of the noteworthy water stories that occurred in 2012. Here is a look at the highlights.

27 December 2012 | The year began with the creation of Watershed Connect, which Ecosystem Marketplace launched in March of 2012 to expand its scope of coverage on water issues. This interactive platform is designed to foster innovative solutions to the global water challenge.

“One of the major challenges to scaling up investment in water’s natural infrastructure base is not knowing what has worked and what hasn’t,” explains Carlos Muí±oz Pií±a, Director of Resource Economics at Forest Trends. “Watershed Connect is a big step towards improving our ability to share hard-earned knowledge on designing PWS. We must learn from the collective effort from all of those involved or we will be losing valuable time in getting it right.”

And there was plenty of water news to cover during the month of March. A research and policy project, known as, Valuing the Arc, wrapped up after five years of attempting to quantify the economic value of the ecosystem services of the Eastern Arc Mountains in Tanzania.

Meanwhile, the Supreme Court made their ruling on the Sackett v. EPA case in favor of the Idaho couple saying the Sacketts can challenge the EPA’s administrative compliance orders in court before the EPA takes enforcement action on those compliance orders. Environmentalists were concerned the outcome of this case could lead to a drop in compliance to EPA orders as individuals and businesses choose to have their day in court delaying compliance. Ultimately, the ruling focused on the Administrative Procedures Act and not on due process meaning while landowners now have the right to challenge EPA compliance orders, compliance and financial penalties can’t be delayed if a court of law finds them in violation.

Later in the year, the EPA was sued again-this time by the National Resources Defense Council over the current state of the Mississippi Watershed. NRDC claims the agency isn’t doing its job under the Clean Water Act to set and enforce water quality standards for the massive amount of nutrient pollution that flows into the water.

In late March, EM celebrated the Clean Water Act’s 40th birthday. Moving into April, EM commemorated 42 years of Earth Day with a look at the highlights.

As 2012 progressed into spring, EM examined several water infrastructure initiatives. One of these being the Watershed Services Incubator, an initiative launched by the Peruvian Ministry of Environment and Forest Trends that aims to maintain the Andes Watershed with a financial mechanism that pays upstream farmers to care for it.

Here in the US, Philadelphia implemented a new pricing structure to reward companies for greening their properties in an effort to ease stormwater runoff on the aging sewage system.

EM investigated the water-energy-food nexus with some help from the Climate and Development Knowledge Network.

In June, EM examined the development of FONAG (Fund for the protection of water) and its successes in Latin America.

June was also the month of Rio+ 20, the UN conference on sustainable development, and Forest Trends hosted a side event that dealt specifically with scaling up payments for watershed services programs in places like China and Latin America.

Later in the summer, EM described a unique PWS scheme in Bolivia that is based on in-kind payments like barbed wire and fruit trees for maintaining the watersheds.

Water closed 2012 with further coverage on water funds although this time focusing on the vital role women currently play in water and possibilities for their role to expand in the future.

In addition to our own coverage, Ecosystem Marketplace publishes aggregated coverage of water, biodiversity, and carbon markets in periodic newsletters. Click here to view our newsletter archives or to subscribe.