The United Nations designated 2010 the International Year of Biodiversity, and then failed to deliver any meaningful progress on biodiversity finance even as individual countries from Vietnam to the UK moved forward.  Here’s a quick look at some of this year’s highlight moments in biodiversity finance. 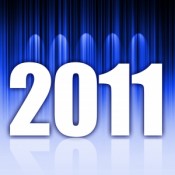 The United Nations designated 2010 the International Year of Biodiversity, and then failed to deliver any meaningful progress on biodiversity finance even as individual countries from Vietnam to the UK moved forward.   Here’s a quick look at some of this year’s highlight moments in biodiversity finance.

30 December 2010 | The State of Biodiversity Markets proved to be one of our most popular resources in 2010. Launched in March, the report documented 39 government-mandated “compensatory mitigation” schemes around the world and 25 others in the works. 80% of the schemes, however, lacked the transparency necessary to generate price signals. Of the documented programs with price data, these revealed a market of between $1.8 billion and $2.9 billion per year. Additionally, the schemes placed at least 86,000 hectares of land under some sort of conservation management or permanent legal protection each year. That’s an area equivalent to the size of Manhattan, and the real impact is likely far greater. Click here to download the report.

The International Year of Biodiversity / the 10th Conference of Parties to the Convention on Biological Diversity (aka CBD COP10) : The ‘International Year of Biodiversity’ began with promising talks at a key meeting of the UN’s Convention on Biological Diversity (CBD) in Nairobi and what seemed to be a real movement towards developing innovative financing mechanisms and even tethering the CBD to REDD .

But it all came to naught in October, when the CBD’s Conference of the Parties in Nagoya first put financing on a sidetrack and then derailed it completely. By the time the meeting was over, innovative financing had been extracted from the CBD, putting the Convention at an even more distinct disadvantage to the higher profile Climate Change Convention. One bit of language that did remain in the Convention was a decision promoting business engagement, which cited efforts like the German Business and Biodiversity Initiative, international voluntary certification schemes, and the Business and Biodiversity Offsets Programme (BBOP, a sister initiative to Ecosystem Marketplace). Broader ‘big ticket’ issues agreed upon included a protocol to the Convention on access and benefit-sharing, a strategic plan for the treaty (through 2020), and agreement on how to mobilize financial resources for its implementation.

Implementation of US Wetland Mitigation Banking Regulation: While it doesn’t sound like a particularly sexy topic, interpretation of regulations can either stimulate or quash market solutions for environmental issues. In the US world of wetland banking, mitigation bankers have been crying foul over the US Army Corps of Engineer’s (USACE) lack of preference for mitigation banking, which was stated in 2008 regulations. After some pushing from the National Mitigation Banking Association (NMBA), in October the Corps sent a memo requiring documentation when mitigation banking is not being used as the preferred method for mitigation.

Transparency of wetland mitigation information has also been an issue in 2010. In March of this year twenty leaders in the US wetlands field signed a letter to the Assistant Secretary of the Army for Civil Works with a listing of their grievances along with multiple citations of how the Corps was either required to or voluntarily promised to provide data within a specified timeframe. The USACE responded in June to this first letter, citing the difficulty in implementation and providing a link to a 2000-page report about permit statistics. The USACE letter also overstated the reach of the Regional Internet Bank Information Tracking System (RIBITS), which it claimed was “in use across the nation.” Our count in September showed only 28 of the 38 USACE districts had viewable public information, and if you are interested in greater data accessibility from RIBITS, sign onto Ecosystem Marketplace’s letter of support here.

TEEB: Late last year saw the release of the first reports from the Economics of Ecosystems and Biodiversity (TEEB) initiative, which aims to communicate the value of nature and stimulate governments, businesses, and the Average Joe to do something about it. The rest of the reports were released over the course of this year, putting the phrase “ecosystem services” on everybody’s lips. Instead of targeting traditional players in environmental policy TEEB took a broader approach, releasing two reports this summer for those with a huge stake in ecosystem services: local governments and businesses. Both reports gave targeted guidance and information that would allow stakeholders to appreciate, and ultimately enact, a payment for ecosystem services approach. The TEEB synthesis report) was released at the Convention on Biological Diversity in Nagoya, providing an accessible document that laid out the “approach, conclusions and recommendations” from the previous reports.

While the release of the TEEB reports caused no immediate policy changes, there were signs that some people were catching on. Businesses in particular seemed turned on to the idea of biodiversity conservation as a business opportunity, with companies like Mitsubishi including guidelines specifically to promote biodiversity friendly business practices. Meanwhile, the World Bank announced a program to account for the value of biodiversity, using GDP-type measures.

Increased Number of US Wetland and Species Banks There are now 495 active wetland mitigation banks in the US, 55 of which were officially approved in 2010. Five new conservation banks were approved in 2010, bringing the total number of active species banks in the US up to 83 (and another 19 banks sold-out of credits). It might appear that mitigation banking is a recession-proof industry, but that’s not necessarily the case. On a positive note, Sheri Lewin of Environmental Resource Marketing noted that the regulatory certainty gained with the 2008 mitigation banking regulations may still be positively affecting bank approvals after two years, and that a fall in land values may have made land purchases for banks attractive. But on a sobering note, industry players at May’s National Mitigation and Ecosystem Banking Conference noted that the ‘good old days’ of housing development driving bank creation, like we saw during the housing bubble, may not be coming back anytime soon and may be worse in 2011.

If you’re interested in a refresher course of sorts, check out our popular backgrounder papers on US Wetland Mitigation Banking and US Conservation Banking, along with our book on Conservation and Biodiversity Banking.

Increased International Interest in Biodiversity Offsets and Banking Although Convention on Biological Diversity negotiations rejected notions of ‘commodification of nature,’ there remains a gaining interest in biodiversity offsets and biodiversity banking. Ecosystem Marketplace’s sister initiative, the Business and Biodiversity Offsets Programme, is providing technical support to six governments (Ghana, Uganda, Namibia, Mongolia, Vietnam and the state of Sabah in Malaysia) that requested assistance in exploring options for policies on biodiversity offsets. In the United Kingdom, the new government is lending its support to a project that aims to jump-start species banking across the country. France has a pilot biodiversity bank in the South of the country, and the first BioBank opened in the state of New South Wales, Australia.

Other Environmental Markets The State of Watershed Payments was another popular resource to Mitigation Mail readers. The report cataloged the use of Payments for Watershed Services (PWS), including water quality trading, across the world and quantified the amount of money being transacted. The report identified 288 programs were identified (216 PWS and 72 WQT). Far fewer programs recorded transactions, numbering about 127, yielding an estimated US$9.3 billion dollars in watershed protection activities. Click here to download the report.

For a quick rundown on 2010 top news in other environmental markets, check out these retrospectives of Water, Voluntary Carbon, and Forest Carbon markets from Ecosystem Marketplace.